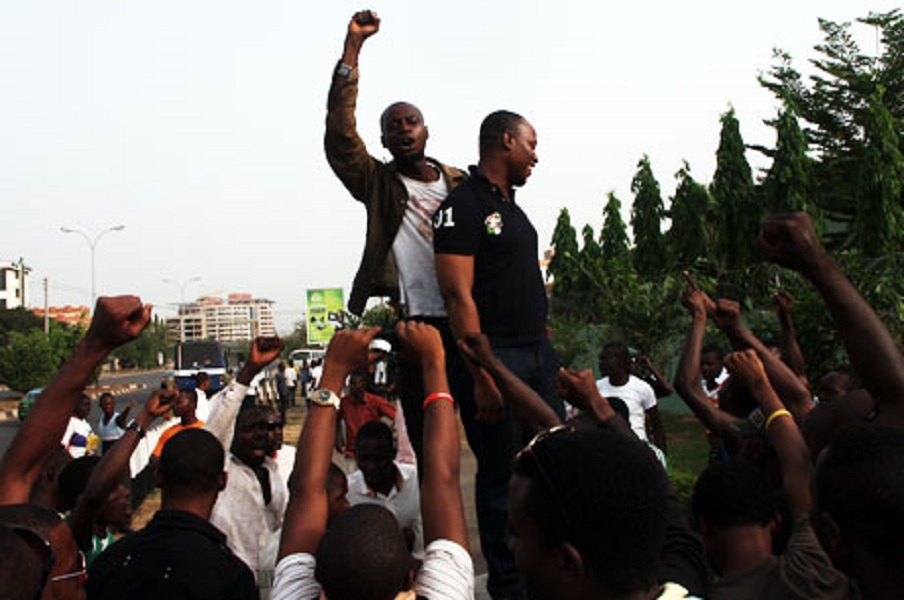 Advertisement
The National Association of Nigerian Students (NANS), on Thursday expressed happiness over the unconditional release of 13 students of University of Lagos from detention at the Kirikiri Maximum Prison.
The students were freed before the expiration of 24 hour ultimatum given to a Special Offences Mobile Court in Lagos by NANS to give them freedom, failing which it oiled relocate to the Kirikiri Prisons.
A statement issued by the President of NANS, Chinonso Obasi, while commending the gesture said a major crisis was averted.
He said, “Our joy stems mainly from the fact that the gesture from the special court averted what would have undoubtedly sparked off a major students unrest in the country because we were greatly pained that such a harsh punishment would be handed to long-suffering students at a time of immense socio-economic challenges.
“Above all, even though the current leadership of NANS believes in the superior logic of dialogue to violence as basis of settling disputes, we saw the backdoor incarceration of the 13 students, whether rusticated or not, as an affront against Nigerian students.
“It was therefore with pain that we started mobilizing to carry out our threat of relocating to the Kirikikiri maximum security in anticipation that the authorities would rebuff our ultimatum.
We therefore use this opportunity to commend Magisterate P. E. Nwaka and the Special Offences Mobile Court for the wisdom and circumspection displayed in the matter, and urge the police authorities to always treat university undergraduates with care and caution, knowing the treacherous economic and social conditions they go through.
“Being malleable, students are amenable to moral suasion and show of understanding; it is this empathy that should serve as the master key to law enforcement agents for peaceable settlement of misunderstanding involving students.
“Attempts to deny students their right of free speech or treat their peaceful protest against high handed policies usually lead to needless violence and destruction of property, which in the end takes heavy tolls on the economy with students nearing greater brunt.
“We use this opportunity to also call on the Federal Government to take issues of students welfare serious, including infrastructural decay, poor social amenities in various campuses, while we call on President Muhammadu Buhari to beam the anti-corruption searchlight on the nation’s tertiary institutions.”