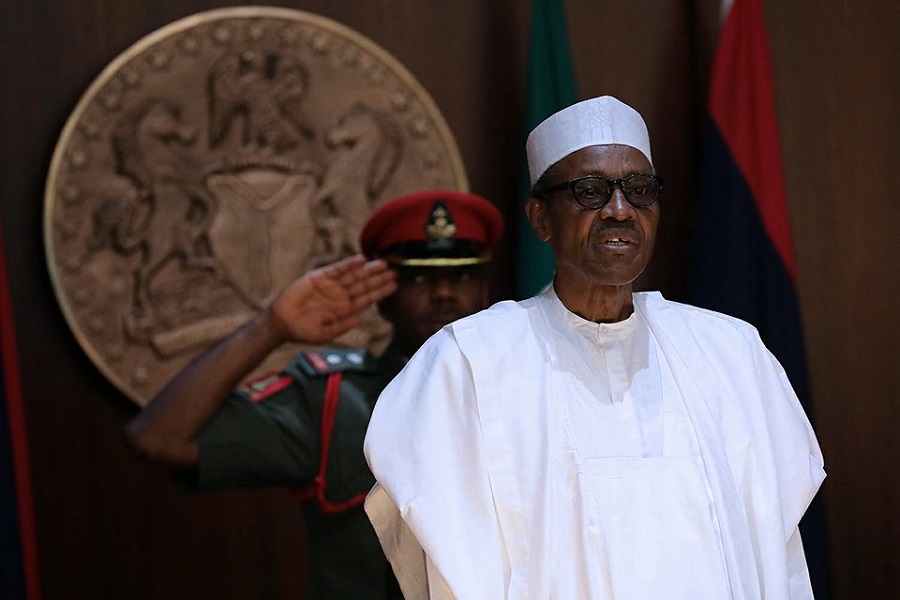 I am opening my flank for a serious, injurious attack. The attacks and resultant injuries could be lethal. But I am numb to all pains. Not because I cannot feel pains, no, but because I have felt worse pain and endured even more worst attacks.

We are in worst of times but we have been in a more worst situation than this. Today we wake and go to bed in nightmares. Nightmares when you try to have siesta and “daymares” when you try to sleep at night but end up with insomnia.

Yes, here is the reality; for many the situation is bad, miserable, difficult, terrifying. Today’s experience arouse anxiety, agony and near terror with faces bearing displeasure. But we have witnessed worst also.

Today the energy sector seems to be in continues game of merry-go-round. While power supply is at its lowest ebb since your assumption of officer, Premium Motor Spirit (PMS) popularly known as Petrol is now elusive.

The once wet filling stations are now in a state of drought and energy famine is threatening to grind every activity to a halt with dare consequences.

Of cause the civil servants still get their monthly salaries even if few days late, but those who earn their living through buying and selling, those who have to go out daily to eat and drink, those who have to toil daily and save widow’s mite everyday to make up for school fees, rent, medical bills among several others are not finding the situation funny. But again, there was a time it was worse.

Car owners of recent rely on black marketers to fuel their cars albeit paying through their noses as the filling stations have turned dry stations. Now the black marketers are banned and even with pocket loads of naira wads, no litre of fuel in sight. So, car owners now turned lot owners.

The commercial vehicle operators now device several means of getting the product to power their means of livelihood; they spend hours unending at the dry stations to get the products if and when supplied, and the marketers are willing to dispense. Never mind that a station with twenty dispensing pumps resorts to using only two, thereby increasing agonies of the buyers.

With that tactics, they also sell at snail speed and into the nights. Once it is dusk, they close shop for the day with less than half of the stock sold. By dawn, what is left in the tanks underground the previous day is dispensed under cover of darkness at night to conniving black marketers.

May I add here that some of the so called Major or Independent Marketers are by that name by day, but entirely change coat and wear the toga of yan bunburutu at night. Except that unlike the typical yan bunburutus who are mostly street urchins, political touts and cannon fodders to those who precipitate one crisis or the other who use jerrycans, they siphon the fuel to the dark markets using exotic cars at the dead of the night.

But again Mr President, we have seen worst here before.

We have seen when leaders wine and dine with those who deny us fuel in our cars and even pay them for delivering empty or no ships at all. Those who deny us fuel to power our generating sets after they have also denied us power supply and only supplied us perpetual darkness.

We have seen when the leaders in kaput with the cabals, share our commonwealth and live in opulence while we were on the road to golgotha, but was saved from crucifixion.

Just in the recent past, some of us stopped going to houses of worship or any congregation at that for the fear of being shredded into mincemeat by the lethal weapons of terrorists.

For God and His mercies, even your humble self would have been memories today when the evil people struck that day in Kaduna targeting your motorcade as well as that highly revered Islamic cleric; Sheik Dahiru Usman Bauchi.

In fact, even our love for football and other entertainments were all turned int biles and pushed down our throats. Bitterly and obtrusively, we swallowed it and resorted to praying without ceasing.

Yet, at time when hundreds are turned to widows, widowers, orphans, disables; legs, arms amputated, ears, eyes lost; creating deaf, blind and cripples, some of our military chiefs turned thief and Princes were milking the armoury dry by stealing dollars meant for arms.

At that time when innocent, harmless children and heavily pregnant women were being raped, burnt alive, others forced to trek hundreds of kilometres to escape earth-scorching insanity of terrorist, our leadership deceptively, in tandem with military thieves were busy lining their pockets, building mansions, keeping prostitutes, wives hiding stolen dollars in cesspit.

At that time, young, brilliant, promising officers that were trained with tax payers money, young men and women that would have been the best strategic leaders of tomorrowwere wasted for the simple reason that few who we trusted with protecting and ensuring our well-being, would rather finance their maniac, gluttony and sustain their feticism than protect us and our territorial sanctity.

At the time we were called the wretched of the earth. Time when raising our voice was suicidal. Time when so much suffering, bad situation, misery, difficulty, terror, anxiety, agony with all its consequent displeasure unite Nigerians. It blurred our divisive colours, filled our fault lines, drown our screaming roars of ethnic jingoism, religious bigotry, false class conscious all into a melody of “Sai Baba”.

It led the poor masses of Nigerians to defy political godfathers, moneybags, ritualists and even politico-religious leaders and traditional fathers and pitched their tent with you.

A tsunami that made Imams, Pastors, Reverends and even Professors being shouted down by those they profess to, preach to, or pastors. A tsunami tagged BUHARIYA. A tsumani that majority of Nigerians willingly jumped into, risking everything, hoping it will take them ashore to safe haven.

Today, Buhariya has a different meaning. It connotes many things not so palatable for a fairly comfortable live. But pardon me Sir, the ills listed above and many more were the reasons we risked all and insisted you must be our Musa (Moses). They are the reasons we elected you.

Mr President Sir, we are not unconscious of the daunting challenges you inherited. We are aware that the cabals used to free meals and free hard currencies would fight hard and dare you. We know the crude oil price is dancing suwange in the global market. We know you have reversed so many other wrongs and place Nigeria on the global spotlight for better in the last ten months. We know you sleep, wake, eat, drink, pray, walk, talk and breath Nigeria and good governance. But Sir the silence from you in the face of the current hardship is damn deafening.

Like a father whose household lacks basic necessities of life, but who is doing everything to make ends meet, striving to make tomorrow better for his dependants, you need to reassure us. You need to keep the flame of positive hope burning. You need to have our ears, eyes and backs.

Mr President, as much as you try to protect the number one office by trying not to expose some of the rot you inherited because it is about the office and not the occupant as you would love to say,  we need to be told where we are and how hard you are trying to extricate us from the mire we are in. You need to talk us, assure and reassure us constantly.

We know how bad things were before now. But we expect it to better than it is now. May be we underrated the challenges you inherited because we placed so much hope on you. Our hopes are not dashed as we refuse to lose hope. But you need to talk to us constantly as this silence is deafening and outlandishly blanding. But we believe in you unstealthily.