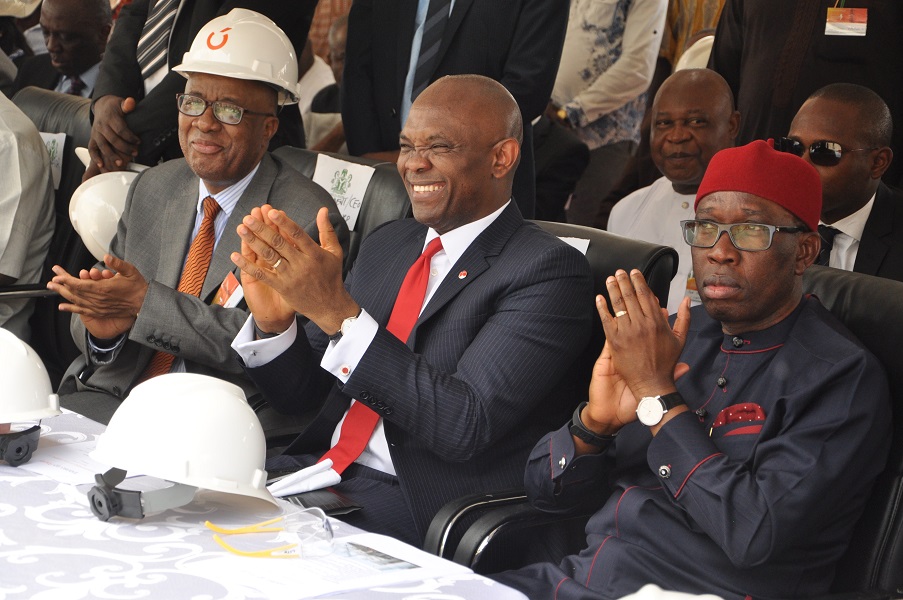 On the 13th of March 2017, Transcorp Power Limited commissioned a 115MW gas turbine to much fanfare. This commissioning is one of three milestones the GENCO intends to achieve in order to increase the power plants total generating capacity to 850MW. This by all standards is truly an impressive feat considering the fact that the plant had a total generating capacity of 160MW when it was acquired by Transcorp Power Limited, barely three years ago. As remarkable as the commissioning was to those at the event, the plants CSR initiatives and commitment to empowering those in the host communities that surround the Ughelli power plant managed to gain equal applause.

Transcorp Power Limited finds itself in a unique location, on the border of three communities; The Ekakpamre community, Ekrerhavwe community and the Eruemukohwarien community. This has not stopped the company from pursuing development initiatives that have benefited all three. Since 2014 one capital project is undertaken annually in each, based on the recommendation of the communities themselves led by their traditional rulers.

CEO Transcorp Power Limited, Kalyana Sundaram explained that the company sustained community development relationships with host communities. “We awarded contracts for three projects (secretariat, town hall and teachers’ house) in 2017 which will be beneficial to the communities upon completion. The projects are in various stages of completion.  Also, in line with our empowerment drive, we continued with the “on the job” artisan program under which six artisans were admitted in two batches with each of our host communities nominating two artisans into the program.”

This CSR initiative is an undertaking, the company intends to expand on as it moves forward into the future. speaking on the development, President/CEO Transcorp Plc. Mr. Emmanuel Nnorom, described the initiative as proof of the company’s commitment to a long-term and mutually beneficial relationship with the host community.

In his response, The executive Governor of Delta state, Dr Ifeanyi Okowa commended the CSR initiatives of Transcorp Power Limited and reminded all in attendance that anything done in the empowerment of Niger Delta youths will ultimately deplete the pool of candidates that could be attracted to negative activity.

Also speaking, the Honourable minister of Power, Works & Housing, Mr Babatunde Fashola, commended the rare initiative by Transcorp, saying the youths of the Niger Delta must recognise that nobody could be more Niger Delta than Tony Elumelu. He has chosen to invest here to support our collective growth as well as impact lives positively, so every time you take away gas from this plant, you are hurting one us, you are hurting one of your own and you are losing opportunity.