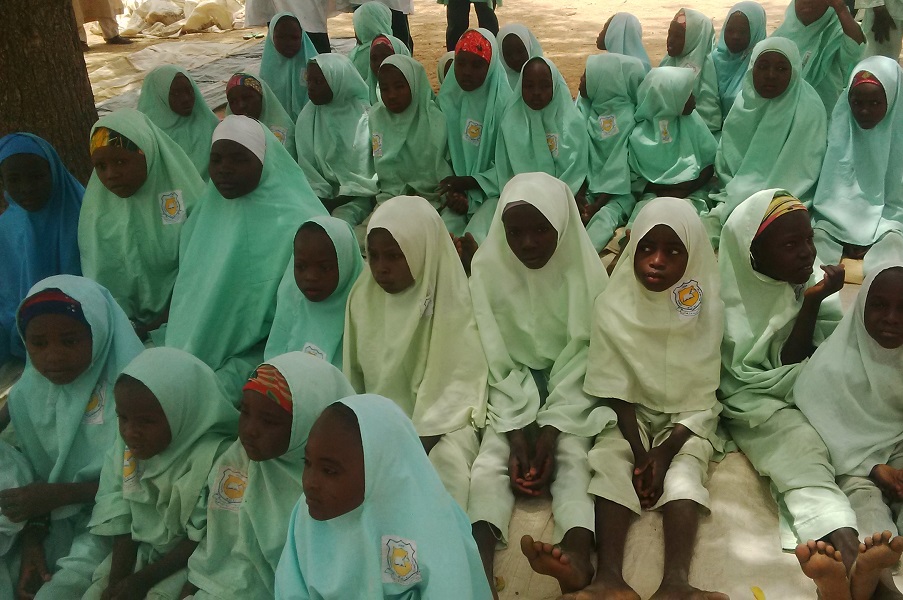 Advertisement
From Yahaya Audu, Bauchi
A Non Governmental Organisations (NGO) Northern Education Initiative Plus (NEI Plus) funded by the United States Agency for International Development (USAID)  ‎has established eight hundred (800) Non Formal Leaning Centres in Bauchi and Sokoto State.
The NFLCS were opened in September 2016 and have enrolled eighteen thousand four hundred and fifteen (18,415) learners between the age of five to eighteen years, Bauchi and Sokoto have four hundred centres each.
‎NEI Plus is supporting Bauchi State Universal Basic Education Board in ten local government to implement the let’s read, mukaranta programme in schools
An official statement from  the Initiative shows that it has trained eight hundred Centre Based Management Committee (CBMCs) ten community Coalition and ten women groups to monitor the quality of teaching and learning in all the NFLCS while mobilising community and parental support for education.
“The Initiate has ‎also trained eight hundred facilitators who hold the minimum of National Certificate of Education and are volunteers from the host communities to teach these children literacy, life and vocational skills”.
“opening these centres has increased demand for education in our different supported communities. Community leaders and parents through the Centre Based Management. Committee are now rallying together and making voluntary financial contributions to open new centers or support children with learning materials”.
Our correspondent gathered that the children and learning facilitators in the learning centres have received seventy two thousand teaching and learning materials to implement the basic education curriculum approved SAME.
Most of the children have not been to school before or are school drop out due to poverty, distance, cultural attitudes or lack of school infrastructure among others.
He said NEI plus is targeting to train thirty thousand teachers in Bauchi and Sokoto States within the period of years period to improve the reading skills of about one million five hundred pupils.
With the intervention of  NEI in the education sector of Bauchi data obtained from the annual school census of 2014/2015 show that school enrolment has increased in the ten supported local government by ten percent from two hundred and sixty thousand and forty three pupils to two hundred and eighty four thousand. Seven hundred and forty eight pupils in one thousand five hundred and eighty one schools.
Most of the Learning Centres are studied under the three because the NFLCS are in most disadvantage communities where children have been disenfranchised from education across the ten local government areas of the state.
Hajara Musa a primary two pupil in one of the Non Formal Learning Centres at Walai village of Itas/Gadau Local Government of Bauchi State has shown her appreciation public to the Northern Education Initiative Plus (NEI Plus) for not teaching how to read and write in English and Hausa but for rekindling her hope in life.
Hajara with smiles all over her face, said she grateful to NEI Plus for initiating the non formal learning centres especially the one in her village. “I am thanking NEI Plus for the books pencils and other teaching aids provided to us, I also want to thank them for our facilitators who they trained to come and teach us”. She said.
A class teacher at Genzo Primary school Toro Garba Adamu Tilde said through the right and modern books provided to them by their development partners NEI they have recorded a great achievement as pupils in primary two can now read both in English and Hausa languages.
He said “they did not only provide us with books and learning materials and leave us like that but they are training and retracing us on based practice techniques and skills to teach in the class and class management”.
Tilde said with training they acquired from NEI Plus has help them made the school lively and interesting for both the pupils and the teachers.
“‎The training has change our concept of teaching, we learn we to use instruction materials and we are now using materials that are not obsolete. We can now retain pupils in class comfortable because we have developed good relations with them”.
Speaking on the intervention by NEI Plus Toro education Secretary who was represented by the Head of section upper basic Gambo Namoda Sanga explained that government was aware of Shortages of class rooms in schools but they are on top gear to address it.
He said government has embarked on massive renovation of schools in the state with the view of constructing more in the future.
According to him government is update in terms of payment of salaries and wages of teachers.
Speaking also, the District Head of Toro Alhaji Inuwa Ahmed Toro, said with the intervention of NEI parents are encourage to send their children to schools as a result there has been an increased in enrolment.