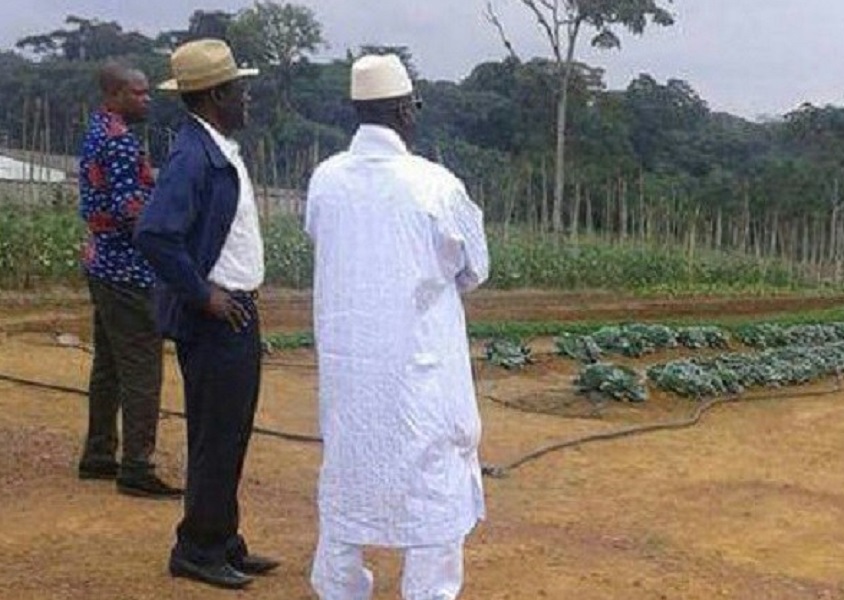 The Gambia’s former leader, Yahya Jammeh, has been pictured for the first time since he went into exile in Equatorial Guinea in January. In one of the pictures, the 51-year-old strongman is seen next to a man believed to be Equatorial Guinea President Teodoro Obiang Nguema Mbasogo at a farmland.
Jammeh, who left Gambia following a post-election politic crisis that culminated in his exile, is also seen walking among bushes and talking to locals.
Gambia faced a political deadlock when Jammeh refused to relinquish power following his defeat in December’s presidential elections. Adama Barrow, a former businessman and leader of a coalition of opposition parties, won the vote.

Jammeh eventually went into exile in Equatorial Guinea following pressure from world leaders and a military intervention by Economic Community Of West African States (Ecowas) troops.
The former leader, who ruled The Gambia for 22 years, has often attracted criticism for – among other things – persecuting homosexuals, activists and political opponents and inciting ethnic hatred.
Jammeh’s choice of country for his exile sowed division among the public, with some arguing he would escape prosecution if he remained in Equatorial Guinea, which does not recognise the jurisdiction of the International Criminal Court.
The ICC, however, told IBTimes UK it s not currently planning an investigation into alleged crimes committed by Jammeh.