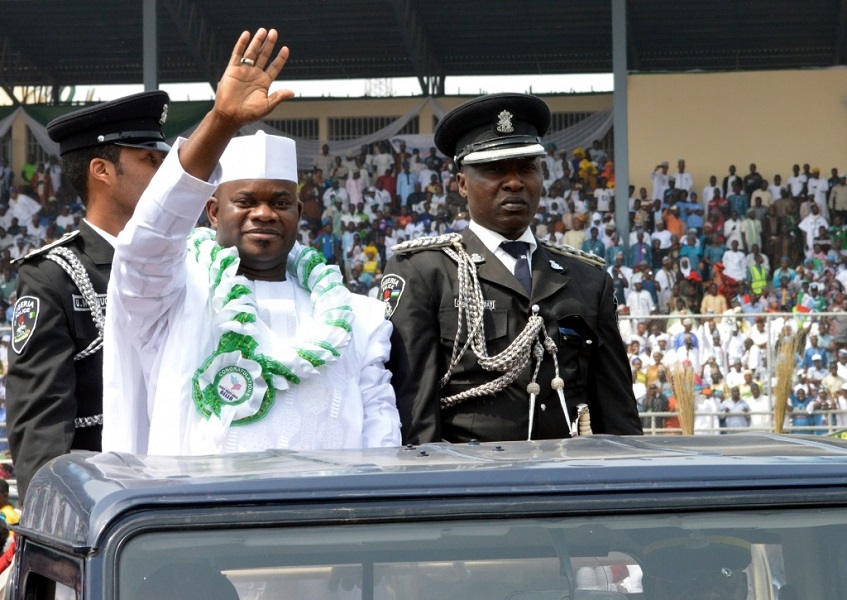 As we journeyed from Lokoja to Okene enroute to Akure for the swearing-in ceremony of the Ondo State Governor-elect, Barr. Rotimi Akeredolu (SAN), my mind dwelled on a number of things that have changed in my journeys along the familiar road with deep reflections on the innate capacity of purposeful leadership to fully transmogrify failing infrastructures into pliable ones with sheer dint of commitment and sufficient political will to deliver in the glare of scarce resources.

Much of these thoughts in-dwelled me before settling on the road we were driving on – the Lokoja – Okene stretch of the Federal Highway and I realised once again how much our everyday life is affected by governance, anchored on leadership or the lack of it and how inexorably linked our access to infrastructure is, to our living standards and what difference a visionary leadership could make in a short period of time when leadership is accompanied by focus, selflessness and commitment and I averred that true leadership is not about being in charge, true leadership is about taking care of those in your charge.

Being from Ogori, the road is one I had plied very frequently. And as we moved smoothly and swiftly for that matter, I recalled how torturous transiting through this road used to be, few months down the fading past. The experience was always a nasty one with intermittent descent into wide gullies bestriding the un-motorable road lack of networks amidst insecure grunts of apprehension. As my mind lingered on the ease and comfort now experienced on the road, compared with what obtained in the not too distant past amidst the attendant jolt from my thoughtful riverie, I became suddenly overcome with emotions and overwhelmed with deserving appreciation as commendations for His Excellency, Governor Yahaya Bello from social commentators who are frequent users of the road continually come to mind.

Of the several journeys through that road I can remember, there has never been one that felt like this one. The journey was smooth and quick. There have been several leaders at the helms of affairs in our dear Kogi State, but I make bold to say none has given this road this much attention at renewal, no one, not even close. Never mind the question of the consistent window dressing of majority of our prominent roads by successive administrations with outrightly purchased or rented size of mammoth crowds to cheer the leaders for variegated political plaudits at the bogus commissioning- those are plays upon the stage. What is truly unprecedented in the mind of the patriotic and discerning Kogi people is the propelling love of the people by the Governor, the desire to improve on their access to functional road infrastructure and the sheer magnitude of quickening heartbeats in millions of Kogi people who are filled with appreciation for the uncommon transformation of their once ruined road networks which they hitherto plied largely buffeted within and without by the simmering ache of dread.

I have never seen that road that motorable, that pliable, that secure and that smooth. ‘I have never taken a journey so swift all thanks to the Governor’s development efforts’, said an excited commuter.

I have never seen a people that excited, that appreciative and that contented with the performance of a Governor. And I looked back at the past – how I have never seen Kogi people that anxious, that fearful, that sad and disenchanted, more like very uncertain of its course in those times that the road was a scary nightmare.

In a similar vein, I have never seen a transformation so vivid with clear evidence of committed work and applauded performance so unencumbered by questions of divisiveness, tribalism, qualifications and ethical considerations. All these happened with no specter of local or foreign foes casting any dark shadow over the workings of our democracy as heralded by the working Governor without segregational colouration.

One thing about performance is that it cuts across all the people as ultimate beneficiaries without undue interference by a tangled web of conflicting interests. Despite the pageantry of unity that accompanies any accomplishment that cuts across everyone in Kogi state, there is a piercing sense of fulfillment that touches close to home that the one doing these exploits is the revolutionary game changer Governor. A man the people have come to enjoy their decision to bestow the keys to the Kogi State leadership room with conclusions on his character and fitness for the office he humbly holds.

Apart from the cogent and limitless benefits to travellers on this road and many others in form of easy and comfortable drive, less wear and tear on vehicles and the tyres, faster and safer travels, there is a more important reason why people of good conscience continue to applaud the performing Governor Bello for working on the road- the improvement on the security apparatus on the roads that yielded in his recognition as the Governor with the greatest strides in security improvement in the country in the last year under review.

It should be recalled that these bad roads hitherto contributed to the insecurity challenges faced by the State as they made it easy for robberies and kidnaps to happen unfettered on that axis. Journeys on that route were previously characterised by reasonable apprehension, palpable fear of imminent danger over carefully orchestrated robbery ambushes and hostage taking owing to the slowness of journeys accentuated by structurally defective road infrastructure.

This move to further improve on security which is priority for a responsible government like Governor Bello’s, the Governor acting on intelligence reports that criminals hide behind bushes along the roads to perpetuate crime, directed that in line with the Kogi State Government’s unalloyed commitment to ensuring security, STARDUST CONSTRUCTION WORKS Ltd be engaged to clear 5 meters on both sides of the roads from Kabba Junction to Otite in Okehi LGA; Check Point in Okene LGA to Okpela; from Check Point in Okene LGA to Ajaokuta to assist the road networks, open up the lingering hideout of criminals on that route and ultimately contribute to nipping insecurity challenges in the bud once and for all.

As if that was not enough, the government did not rest on its oars, the second phase of the road clearing and widening project was billed to commence from Kabba Junction through Odo-Ape to Kabba Town. The third phase will equally commence from Lokoja through Ganaja to Ajaokuta Township and the link road between Igalamela/Odolu to Ofu and several internal road path in Omala LGA which have been previously considered to be insecurity flashpoints for the unbridled infestation of crime in the State.

It is instructive and commendable to note that the Kogi State Government has completed the clearing of the roadsides between Koton-karfe and Abaji in fulfilment of her giant strides towards delivering on its promises to improve on the road networks and ensuring the security of lives and property of the commuters in a continuous bid to making Kogi safer and more secure.

The fact that one of the multi-dimensional approaches the Bello-led administration is taking to curb insecurity challenge in Kogi State is to improve on the road network confirms his faultless genius as solving the people’s peculiar infrastructural challenges and delivering the dividends of democracy to all Kogi people irrespective of their political affiliation despite the unavailability of scarce resources. It is worthy of note that these worthwhile huge investments in the road and security infrastructure is already paying off as seen in the substantial improvement of security in the State.

One can only wish the hard working, diligent, extremely focused and performing Governor, Alhaji Yahaya Adoza Bello, more wisdom, strength and sound health as he continues in his laudable efforts and giant strides poised towards repositioning our dear State in more ways than one as cardinal focal points of his development drive contained in the New Direction Blueprint in the years ahead. Indeed, Kogi State people are grateful for this unprecedented transfiguration and sincerely pray the state continues in this New Direction.