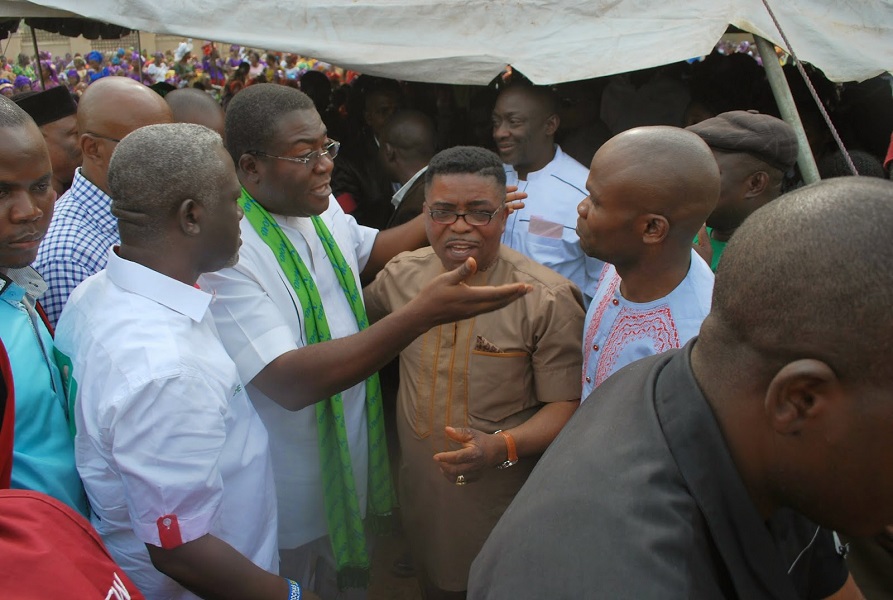 Advertisement
… wants court to sack church from community
The people of Mbieri in Mbaitoli Local Government Area of Imo State have approached an Owerri High Court seeking to eject the Christ the King Catholic Church from the community following the church’s alleged refusal to pay land rent worth over N2.5billion.
The community also accused the church of flagrant abuse of lease of agreement between the natives and the church.
In a Suit No. HOW/625/2016 filed by the community, comprising Ubakiri-Mbieri, Umuagwu-Mbieri, Amankuta-Mbieri and Amogugu communities (claimants) against Archbishop A.J.V. Obinna and the registered trustee of the Roman Catholic Mission of the Vicariate of Onitsha-Owerri (defendants), the community stated that their representatives entered into a lease agreement with the church in 1948 over a parcel of land (40 acres) with a Deed of Lease made on March 30th 1950 as evidence and that at no time did they out rightly sell the land to the church or any other person.
They also claimed that the said Deed was duly registered as No. 38 at page 38, Vol. 3 of the Lands Registry in the office at Enugu (now Owerri) together with Plan No. G.A. 6/48 signed by a licensed surveyor, G.A. Obianwu and that the annual rent of the lease was one shilling.
In that agreement, the community stated that the church covenanted among other things to pay rent annually; not to assign or sublet the land without the consent of the land owners and to fence off the land within three months and keep the lease land so fenced off during the duration of the lease.
They added that the church agreed that if the rent of one shilling was in arrears of one month, the lease should cease and the owners might re-enter the said land and that the lease should also cease if there was non-observance of the covenants even as they stated that the lease provided that the rent should be reviewed after every 20 years.
However, the land owners stated that after the church made the initial payment of one shilling, they failed to pay rent again until 1960 when they, through Rev. Fr. M. Shanley of the Catholic Mission Mbieri, paid rent of 12 shilling for the  12 years covering the period 1948 to 1960.
They stated that the defendants had since then flagrantly violated the terms of the lease by their failure to pay rent as at when due, failure to renew the rent after 20 years as well as their failure to fence off the leased land and through that medium encroached on other portions of the claimants’ land above the 30.125 acres granted in the lease agreement and up to 40 acres.
They added that the church after the payment of rent in 1960, had refused to pay the rent even after they collected the sum of 80,000 British Pounds on the land in dispute from the East Central State Government that took over the management of the school, Holy Rosary Primary School, belonging to the Christ the King Catholic Church.
The claimants claimed that as at December 2016, the arrears of rent owed to the people of the community by the church from 1960 amounted to five million pounds (N2.5billion) and that the defendants no longer had any legal rights to continue to keep possession or claim ownership of the land in dispute.
They lamented that they had been subjected to enormous suffering, untold hardship and denial of rent since 1960 till date.
The claimants therefore urged the court to declare that they are entitled to statutory right of occupancy in and over all that parcel of land and that the they  are entitled to re-enter that parcel of land.
They also sought an order of perpetual injunction restraining the defendants from further claiming ownership, entering and using that same parcel of land.