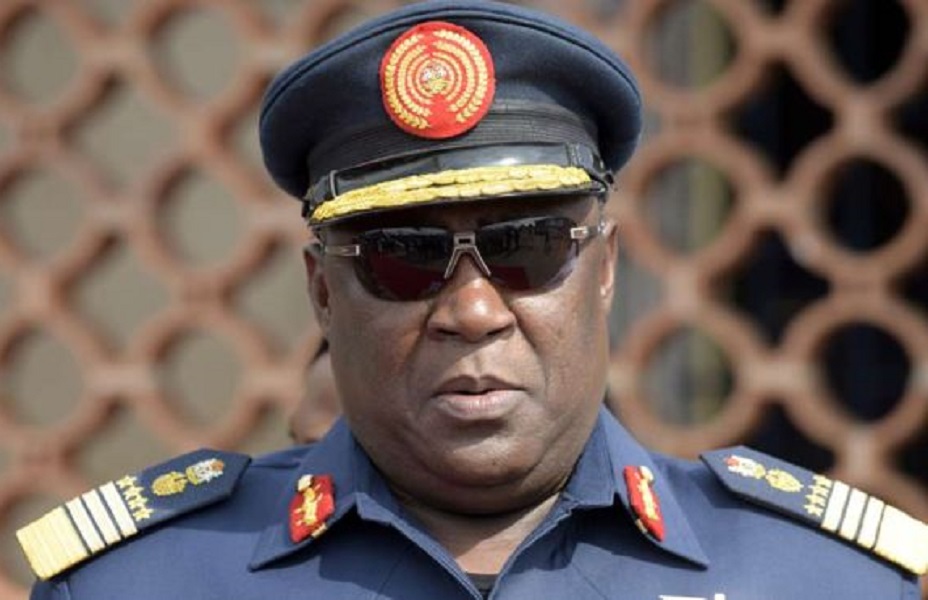 Advertisement
EFCC PRESS RELEASE
A Federal High Court sitting in Maitama, Abuja presided over by Justice Okon Abang on Wednesday, February 22, 2017 admitted in evidence the search warrant used by the Economic and Financial Crimes Commission, EFCC in conducting search on a house located at No. 6, Ogun Rivers Street, Maitama, Abuja belonging to a former Chief of Defence Staff, Alex Badeh during which $1million cash was recovered in his wardrobe.
Badeh is standing trial along Iyalikam Nigeria Limited on a 10-count charge bordering on money laundering, criminal breach of trust and corruption to the tune of N3.97 billion.
He allegedly abused his office as CDS by using the dollar equivalent of the sum of N1.4billion removed from the accounts of the Nigerian Air Force to purchase properties in choice areas of Abuja between January and December, 2013.
At the last sitting, the EFCC through its PW15, Mohammed Goji, told the court how a search conducted on the house of the former CDS led to the recovery of the money.
Attempt by the prosecuting counsel, Rotimi Jacobs, SAN, to tender the search warrant, a red box and the waybill as evidence was, however, objected to by Badeh’s counsel, Lasun Sanusi, SAN.
Sanusi argued that, the documents were purportedly obtained from an illegal search.
According to him, the law gave the owner of the property the impetus to nominate a representative to witness such search if he or she could not be present.
“It is on record that the defendant was still in detention when the purported search was done in his house at Maitama which is a clear violation of the law.
“My Lord, we are not against the court admitting the search warrant as evidence but we vehemently oppose to the admissibility of the other items,’’ he said.
In response, Jacobs argued that Section 149 and 150 of ACJA which deals with house search warrant permitted the presence of two witnesses and the person the warrant is addressed to. He went further to explain how the witness can be any one in the neighbourhood.
Justice Abang in his ruling on the admissibility of the documents at the resumed sitting on Wednesday held that, “the first search warrant dated February 3, 2016 and executed on February 11, 2016 was not objected to” and it’s marked at exhibit T103.
The judge also held that issue of the legality of the item “is premature at this time” adding that, “it’s an issue for evidence in the final address”.
Consequently, the documents were admitted as exhibits T104, T105, T106 respectively.
Under further cross-examination, the PW15 insisted that the search was conducted in line with the enabling law and was recorded in a video clip.
Jacobs sought to tender the clip in evidence saying, “I will like to tender the DVD containing the search in evidence”, but its admissibility was again objected to by Sanusi, who said the document never came as part of the proof of evidence.
Sanusi added that, “we are seeing it for the first time in court even in civil cases we are to be given a copy of evidence so that we don’t fall into an ambush”. He, therefore, asked for adjournment to enable him go through the evidence with his client.
Justice Abang after listening to the submissions of both counsel ordered the prosecution to oblige the defence with a copy of the clip and other documents they might wish to tender as evidence in the course of the trial.
The judge, thereafter, adjourned to the March 20 – 23, 2017 for continuation trial.
Wilson Uwujaren
Head, Media & Publicity
February 23, 2017