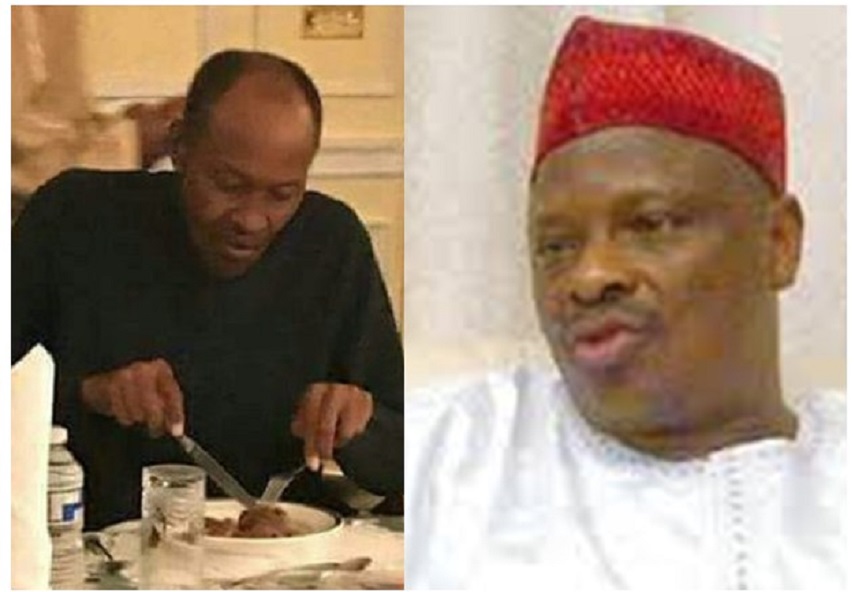 The political interplays of the 2015 All Progressive Congress [APC] presidential primaries between the political gladiators that had lined up to contest for the presidential ticket may still linger. This is judging by the recent developments between the major gladiators who had participated in the APC primaries. According to information available to 247ureports.com obtained from a consortium of sources knowledgeable of the goings on around the political players involved, the then Governor of Kano State, Rabiu Musa Kwankwaso who had scored second behind the then candidate, General Mohammadu Buhari, has reportedly been engaged in a clandestine campaign of calumny against Buhari with the intent to democratically upturning and/or creating a situation to cause the removal of the President – and thus favor his possible candidacy for presidency.

Sources who spoke to this online newspaper from Kano State, the home state of Senator Kwankwaso revealed that the former governor was unsettled by his defeat by Buhari at the primaries. It led the former governor into unleashing the now famous inquiry into Buhari’s educational backgrounds and qualifications to hold on to the APC presidential ticket. “Kwankwaso was determined to push to education issue to disqualify Buhari” said the source who explained that Kwankwaso would have been the automatic recipient of the presidential ticket in the event of the anticipated disqualification. The source added that Kwankwaso had firsthand information on the educational backgrounds or the lack thereof of Buhari, having served as a minister of defense under the then President Olusegun Obasanjo. “Kwankwaso knew of the gap in Buhari’s educational qualification. He knew that Buhari was accepted into the military based solely on a recommendation letter from the Emir”.  But Kwankwaso did not succeed. His failure to topple Buhari during the campaign of 2015 did not stop his clandestine attacks on the President.

Shortly after the President had settled into the Presidential villa and the former governor had also settled into his new job as the Senator representing a constituent in Kano, the campaign to defeat Buhari began and became the new slogan of the kwankwasiyya political movement.

At virtually all gatherings in the North East and North West political zones, the kwankwasiyya group led by Senator Kwankwaso would be seen in large numbers chanting warlike songs demeaning the President of Nigeria while raining praises on the person of Kwankwaso. The chants which are in the Hausa language are usually done by youths with intimidating stature and demeanor. On many occasion, the kwankwasiyya group carried their campaign to burials. One such was during the burial of a relative of the governor of Kano State and another was at the burial of a former governor of Niger State.

Kwankwaso’s disdain for President Buhari is known and not new. But his latest campaign against the President is new and surprising. This is according to a source close to the Senator. The source revealed that the Senator was behind the latest rumor of President Buhari’s death in London. According to the source, Kwankwaso sponsored the cloning of popular news websites such as the CNN, Vanguard and others by young IT professionals – who would then plant “the story” of Buhari’s death and spread it to the social media with the hope it goes viral. The source continues that Kwankwaso knew that President Buhari had had health complications while at The Gambia – which resulted to the sudden take off for the 10day vacation. Through this information, the kwankwasiyya group began mass production of the rumor. The main aim, according to the source, was “to cause confusion inside the President’s camp and to inject uncertainty in the system” while projecting the President in the minds of the populace “as too frail to continue governing beyond 2019”.

The interesting aspect, according to our source, is that the President’s men are aware of the source of the rumor. “That is why the president was reluctant to respond to the calls for him to prove that he was still alive“. It was not until the concerns over his status became overwhelming that the President agreed to still photographs.

Kwankwaso’s target is to contest for the seat of president under the APC banner in 2019.

At a recent political gathering of the APC zonal heads of the North West geopolitical zone in Katsina State on the weekend of January 28, 2017, Kwankwaso and his red cap wearing kwankwasiyya political group moved into the State Stadium chanting warlike songs calling on the President to reverse his decision to stand for reelection in 2019 because he has proved to not be able to govern. The warlike sounds threatened that Kwankwaso will get the presidential ticket of the APC through any means. And if the APC fail to give him the ticket, he will turn to another party with his supporters – and contest for the top seat.

247ureports.com reached out to the kwankwasiyya group through a former commissioner of information during the Kwankwaso administration, Prof. Faruk regarding the new campaign to topple the president. Prof. Faruk responded through a text message indicating that it was too early in the game for him to comment.