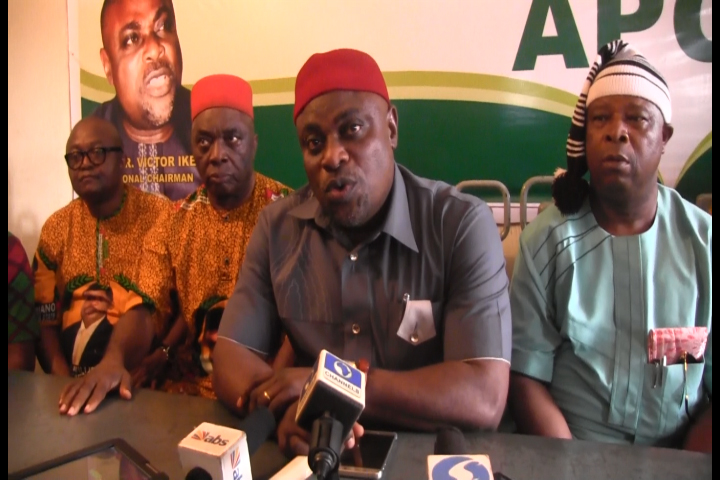 The news commentary written by Mr. Nobert Obi, Anambra State Chairman of the All Progressives Grand Alliance (APGA,) and read in the studios of Anambra State Broadcasting Service (ABS) this morning (19th January, 2017) ,with promise of subsequent broadcasts is a slap on the face of every Anambra citizen and resident.

In the first place, Anambra ABS is not owned by APGA even though the party is by a slip of history currently controlling the state government.

However, without a clear understanding of this simple principle, ABS has virtually surrendered its air waves to party officials of APGA to campaign, cajole, pour invectives and tell lies to Ndi Anambra and slander opponents without right of fair hearing.

In the past ABS using the name of another APGA person claimed that the leader of our great party, alongside Dr Alex Ekwueme, chieftain of PDP and Chief Emeka Anyaoku had endorsed a certain Chief Willie Obiano for a second term in office, ahead of the latter’s party.

Events have since proved these desperate assertions false and coming from an unraveling assembly of traders, masquerading as a party, with the emotions of Ndigbo as their only stock-in-trade.

The station also allowed a pillory of APC regarding unfounded stories on land appropriation through the instrumentality of ranches for herdsmen, an otherwise beneficial scheme to all Nigerians

Today, Nobert Obi went into pouring innuendos on politicians who recently pitched their camp with APC, subscribing to the rules of our great party which is determined to win the Anambra State 2017 Gubernatorial elections.

It pouring veiled invectives on Dr Chike Obidigbo, the one who history documents as having been chosen by the Anambra State citizens residing within the Anambra North senatorial zone, when a certain APGA chieftain of the past claimed to be interested in producing a governor from that zone. Alas it turned out that the real target was to appoint a school mate, church mate, business partner and a co-member of the same extra-legal organization.

Obidigbo, our member shall be protected from the remaining arsenal of APGA eager to retain an illegitimate castle built on quicksand.

The commentary under review also took a swipe at Dr Ifeanyi Patrick Ubah, a member of APC and others who recently joined our party and are interested in the gubernatorial ticket. We dare say that the only reason why Obi can call anyone a serial governorship aspirant is because his incumbent does not know or value what REAL governorship aspiration takes, having been smuggled into the saddle. But we hasten to remind all that three months to APGA nomination in 2013, Chief Willie Obiano was not a member of APGA.

Chairman Obi’s  partisan essay ended with a comment cursing those opposing APGA, which to our mind may be a curse to APGA itself given that both God and Nigerian statutes recognize the place of opposition and give them due recognition unlike APGA-controlled structures, which will not even obey existing laws.

However, beyond the content of these invectives, ABS has negated the rule of equal opportunities and balance clearly provided by the statutes in Nigeria for all media and particularly the broadcast industry, through The Broadcast Code

Specifically, the ABS has overstretched the patience of our great party and appropriated a station maintained with the public sweat of Ndi Anambra to clannish manipulation of a party in its last days, and such will no longer be acceptable.

This is without prejudice to other administrative and legal steps that will be taken by our great party now and afterwards to avert a reoccurrence.

As henceforth, any such commentaries will attract a counter response from the APC at no cost, or we shall pull all strings within the law, particularly the broadcast code to ensure that public trust remains public trust.

We seize this opportunity to assure our teeming supporters eager and ready to ensure an APC success in this year’s governorship polls in order to enthrone an integrated development driven by 22 competing government-one state government and 21, local governments, to be steadfast.

We know it for a fact that just like Herod, try as he did could not ill Jesus Christ despite wasting the lives of male children aged between zero and two years in that time, APC’s match to Government House Awka cannot be perforated by campaign of calumny, unprofessionally placed in media that a reputation challenged at the moment.

We urge ABS to ensure that no such unbalanced commentary hits the airwaves from their stable, as henceforth, and to conform to the rules of broadcasting or have us to contend with.

We expect to stay on this issue whether it logically ends in one hour, one day, one week, one moth or one year. But certainly, we shall see the end.