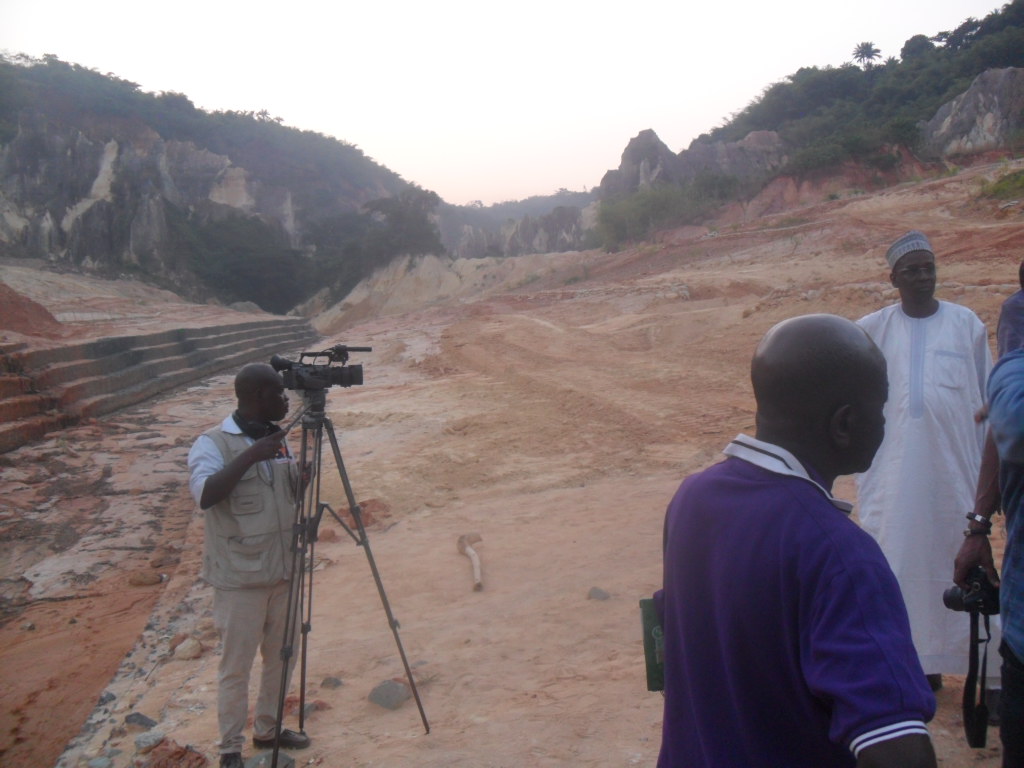 Advertisement
The growing menace of gully erosion remains an ever growing impending catastrophe awaiting the many communities in the south east region of Nigeria. A particular region impacted by the threat of gully erosion landslide is the Oko/Nanka Axis where an estimated 30% of the land have been gulped by the landslides resulting from gully erosion.

According to the civil war veteran, Col. Joe Achuzie who visited one of the heavily impacted areas in Oko/Nanka axis, the enormity of the craters dwarfs anything he had seen before. “The sight I have seem here is in fact  I have never seem an erosion site of this nature because it seems as if a primordial river  has created a course way and that course way remained within the present century“, explained the civil war sage immediately following his visit to the Amakor erosion site.

Col Achuzie had gone to pay a visit to the Amakor gully erosion site on December 7, 2016 to see firsthand the new emerging threats which the onsite contractor had pointed out to the community and to the national legislators.

As a caveat, the Amakor erosion site became active following a series of landslides dating back to 2012 when the only road leading into Amakor village was cut by the erupting gully. It threatened trapping an entire community away from civilization. Through world bank assisted programs, the erosion gully began receiving prophylactic treatment by expatriate engineering firms who managed to successfully abate the gully from continuing to erupt. They managed to recover the road and to tame the gully erosion.

It was to this end that Col. Achuzie paid a visit to the site to see firsthand the impending calamity – and to help catch the attention of the federal government to the enormity of the impending disaster. The civil war veteran also commented on the role of past administration towards halting the ravaging gully. In his words, “The problem mostly in that our government are careless. They think that because one is living in a rural area that they should not bother themselves about what happen to that rural area. We know this Nanka/Ekwulobia complex during the war. It served several purposes, water channel, whereby the communities around get their water from that area. Another place is near Uzoakoli similar to this – near Alaye. They might exprience similar situation if nothing is done. This is something the government can do because there is ecological fund coming from World Bank and so on. What are they doing with money? Is it money to be diverted for other purposes? No! That is meant for purposes like this”.