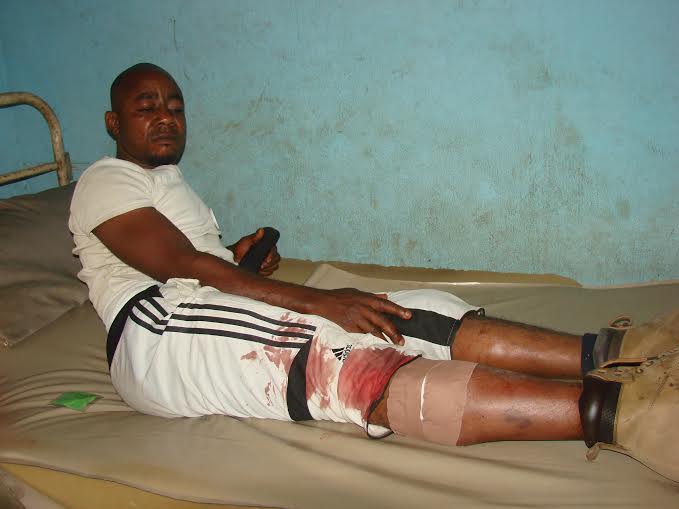 – Says it has lost credibility

A Civil Society Organization, Stand Up Nigeria (SUN) has dismissed recent report by Amnesty International where it alleged the killing of 150 IPOB members. The CSO accused the organisation of doctoring the report in a bid to destabilize Nigeria, just like it did in Libya, Iran and Syria.

Amor said Amnesty International has lost credibility as it’s reports over the years have proved to be false alarm and bias.

International gave the world a bogus report on whose strength a no-fly zone was imposed on Libya. The sequence of event after this led to the ouster and eventual murder of Muammar Qaddafi. By June of the same year the same Amnesty International’s investigation admitted that the international NGO cannot prove that Qaddaffi’s troops committed the rights violations as it previously claimed.

“Instead, AI found that the so called rebels  “made false claims and manufactured evidence”

“In 1990, Amnesty International was pivotal to the decision by members of a western coalition to invade Iraq and consequently spark off the chain of events that produced today’s basket case called Iraq.”

According to her, the lesson from these two major catastrophic outings did nothing to dissuade Amnesty International from meddling in the affairs of nations, saying the organization has persisted in disregarding the sovereignty of countries in which it interferes so long as there is a war to be started.

The group accused the organisation of also having a hand in the ongoing Syrian war, sayimg “the foreign interventions provoked on the strength of its fantasy reports has eroded the ability of the Syrian military forces to decisively clear out the foreign terrorists that overran their country since attacks on ISIS are inevitably researched as massacre of civilians.”

Amor said it appears AI has now shifted its attention to Nigeria as it has repeated tried to carry out such tactics which led to outbreak of war in other countries.

She said, “If we look closely, the three countries – Iraq, Syria and Libya – have direct bearing on the growth of Boko Haram in Nigeria. The growth of ISIS in Iraq and Syria was a morale booster for insurgents in Nigeria while the arms supplied to moderate rebels in those places found their way across the Mediterranean to African shores from where a now porous and borderless Libya ensure those advanced weapons end up with Boko Haram. One string runs through all the country: Amnesty International.”

She said, “if Amnesty International has been able to issue any report about this tragic systematic execution of ethnic minorities then the report must have been specifically kept secret.”

Speaking further, Amor said what is crystal clear is that Amnesty International has concluded and is resolute on giving  Nigeria the Libya treatment whereby this country would not be able to defend itself against the so called “unarmed activists” who we know as Biafra separatists.

According to her, “this is why it issued its recent report that lied about 150 Biafran separatist terrorists being killed by the army. Amnesty International’s research methodology and even the wording in this case is frighteningly similar to the one it issued in Libya and Iraq before then, with heavy reliance on the testimonies of the “activists”. From experience we now know that the NGO usually plant such witnesses to present accounts that suit its agenda.

“In the past we have simply dismissed such ploys as mischief but in this instance we have to warn that the scheme has done too far and must no longer be ignored by citizens and government alike.
We therefore ask pertinent questions as citizens: Who protects the common masses should the military decide to go to bed?

“In whose interest would it be for our army to become incapacitated as being pursued by Amnesty International: the masses or the terrorists and hoodlums who carry out these criminal infractions? What is our government waiting for before expelling Amnesty International or taking other decisive steps?”