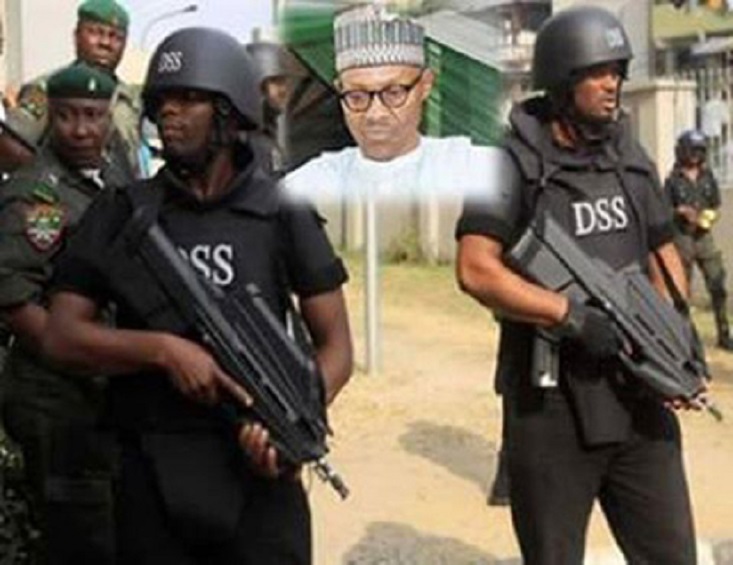 On Friday the 7th of October, the DSS with hordes of masked men launched an unprecedented assault on the judiciary. Staking out various states across the country; they swooped on the homes of high court and Supreme Court justices—smashed their way in Gestapo style and abducted some high court and Supreme Court justices after forcing them at gunpoint to sign documents of items purportedly recovered from the premises.  When news of the assault broke, many were aghast at such terrorism and brazen violation of the sacred principles of separation of powers between the executive, legislature and judiciary as enshrined in the constitution. As in all constitutional democracies; the intent of the concept of separation of powers is clear. It’s designed primarily to place checks and balances on the executive and by so doing prevent dictatorship and or tyranny that could easily be manifest in the absence of such checks and balances.

Being the last hope of the common man, the judiciary anywhere in the world is held sacrosanct, for the express purposes of preserving its independence and capacity to dispense justice without fear or favour. Not even the military at the height of its dictatorships ever dared subject the judiciary to such humiliating treatment. It was a line they were sane enough never to cross. It’s therefore not surprising that as soon as public invectives thrashed the DSS for its assault on the judiciary, they went on a propaganda overdrive. Knowing the easiest way to whip up sentiments against anyone or group in today’s Nigeria is to allege corruption, the DSS using the media and other surrogates claimed the judges are corrupt. It was a bait they knew was sure to excite the ever gullible Nigerian public. They claimed the National Judicial Council (NJC) had ignored all petitions sent to them.

To spice up the story, they claimed humongous amounts in dollars, pounds sterling and Naira had been recovered in the homes of the justices without providing any evidence. But the bait had been sprung. In war as with emotions, truth and common sense always take flight. This ostensibly explains why some still believed an administration that has repeatedly demonstrated its capacity for lies, hypocrisy, double standards and propaganda; that has either refused to act in the face of proven corruption allegations against members of its cabinet or has unashamedly defended such corrupt people. Is it not the same government that put a whistle blower, Abdulmumin Jibrin who provided extensive details of budget padding in the House of Representatives on suspension while allowing the speaker; Yakubu Dogara and other indicted budget padders to go scot free? Is that the action of a government that is fighting corruption?

How about the COAS, Lt General Tukur Buratai that the government vehemently defended over his multi-million dollar properties in Dubai, the minister of interior retd General Abdulraman Dambazzau whose name suddenly disappeared from the probe report of indicted military personnel, or the corrupt employment of relatives of top government functionaries in the CBN, FIRS and other federal agencies. Have we forgotten so soon how APC under the watch of an administration that claims to be fighting corruption fielded two ex governors facing trial for corruption in Bayelsa and Kogi gubernatorial elections? Does that suggest any sincerity in fighting corruption? Didn’t Buhari publicly claim Abacha was not corrupt even while his loot was being returned Because Abacha had made him PTF chairman? Again, doesn’t this suggest as has been proven with the shielding and defence of his cabinet members that Buhari sees corruption only in those who are his opponents or critics? How then can anyone be persuaded that this government is fighting corruption beyond using the so called corruption war as an instrument to persecute his opponents and intimidate the judiciary into doing its bidding?

It’s no secret that Buhari has never been a friend of an indepedent judiciary nor a respecter of the rule of law. His administration has been notorious for disregarding court orders and for criticising Judges or justices who give judgements contrary to its interests particularly in election tribunals where it had hoped to fraudulently win through the judiciary what it could not win through actual votes. One of the abducted jurists, Justice Adeniyi Ademola,  in his petition to the CJF has since revealed how the DSS informed him that granting Sambo Dasuki bail and unconditionally releasing Nnamdi Kanu; the leader of the indigenous people of Biafra (IPOB) both of whom in violation of court  orders have remained detained,  were the reasons for his arrest. The implication is that he is being persecuted for giving judgements that don’t align with Buhari’s interests. This represents the greatest rape of the independence of the judiciary in the nation’s history and a precedent that bodes ill for the nation. Corruption is not only about looting public funds. Subverting the constitution and using state institutions to aggregate the interests of the president as the DSS has done is in fact the greatest possible form of corruption.

Such excesses serve only to destroy what is left of state institutions and subject the nation to the selfish whims, caprices and impulse of one dictator. The DSS can therefore not claim to be fighting corruption in the judiciary when by its abhorrent action; the society is being further suffused with corruption.  Indeed, the report   of the National Judicial Council (NJC) has further exposed the bogus claims of the DSS.  Amongst others, it has been established contrary to claims by the DSS, that no petition from the DSS or anyone/group in respect of Justices Sylvester Ngwuta and Inyang Okoro was ever received. It was also established that only two petitions were received from the DSS in respect of other judges and in both cases, the NJC investigated and made appropriate disciplinary recommendations where any wrong doing was found. This is not to exonerate the judiciary from corruption. Like all other sectors including the presidency and the DSS itself, corruption is rife in the judiciary; however what the president needed to do was to initiate fundamental reforms in the judiciary/NJC and not to terrorize/intimidate them.

This much was suggested by many when Buhari assumed office. Amongst the proposed reforms was the idea of creating special courts or tribunals for corruption which incidentally was also recommended in the 2014 Confab reports. Given the public support he enjoyed when he assumed office, Buhari could have initiated far reaching judicial reforms within six months of his administration, but he chose to ignore all such counsel. Having rejected the option of institutional reforms, the assault on esteemed judges and justices could be for no reason other than to intimidate the judiciary into becoming an appendage of the executive. This would lead to tyranny which in turn would foist the worst forms of abuse and corruption on the nation.  It’s a dangerous precedent to assault the judiciary, it’s even more dangerous to sustain or justify it. There is a thin line between freedom and slavery. Imperfect as it is, the judiciary still represents the last hope of the common man from abuse and dictatorship. Once their independence is abridged, it would be a one way ticket to tyranny. Let those who have ears hear!