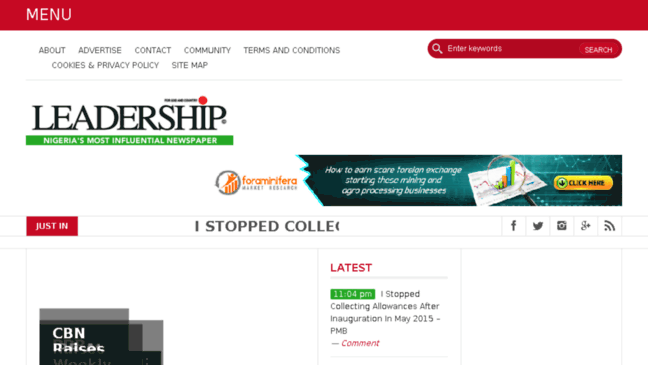 A Journalist with the LEADERSHIP Newspapers Group, Mr. Andrew Essien, on Wednesday night lost his car to robbers on at the national secretariat of the All Progressives Congress (APC)  in Abuja with the robbers taking away his Honda Accord car (Academy) 1998 model.

The Army green-coloured car with registration number YAB 722 PG, Chassis number: 1HGCD5650VA03436 and Engine Number:  22B14416805 was stolen around 6:30pm on the fateful day shortly after Andrew had closed from reporting the activities of the party which he covers as a beat.

Earlier in the day, a mild drama had ensued at the National Secretariat of ruling APC on Wednesday when youth who claimed they came from Bauchi State stormed the premises in protest for and against the Bauchi state Governor.

The robbers may have used that chaos to capitalize on the vulnerability of the area to see-through their evil intentions leading to the car theft. Encased in the car were his ATMs and other valuables.