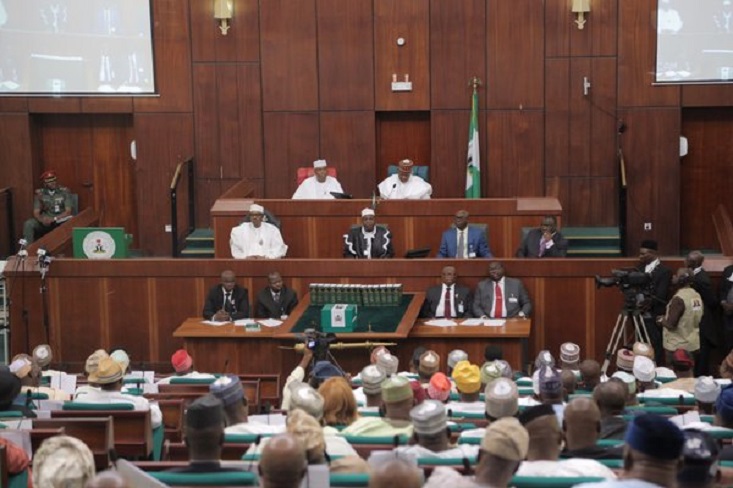 A non-governmental organisation, Centre for Social Justice, CSJ, has queried some items in the 2016 budget, adding that the fiscal document contained N668.8 billion expenditures that are “frivolous, inappropriate, unclear and wasteful.” The budget, which has drawn flaks from some Nigerians, was presented to the 8th Assembly some weeks ago by President Muhammadu Buhari. The group stated this in Abuja yesterday while unveiling a report that analyses the 2016 budget.

Lead Director, CSJ, Eze Onyekpere, who presented the report under Citizens Earth Platform, CEP, insisted that the budget should be reviewed in order to remove all expenditures that are of no value to the generality of Nigerians. He said it had become a tradition among Ministries, Departments and Agencies, MDAs, to allocate huge sums of money for expenditures that are unclear in the budget.

Some of the frivolous items the group uncovered are purchase of vehicles, welfare packages, software, computers, uniforms and clothing, refreshment and meals and subscription to professional bodies. Others are maintenance of office building/residential quarters, budget preparation, residential rents, and absence of price database, among others For instance, Onyekpere said N3.91 billion was allocated for annual reporting maintenance of Villa facilities, while N618.6 million was budgeted for installation of electrical fittings.

Other expenses that the group considered wasteful are N272 million for upgrade of mechanical power line, N322.4 million for linking of cable to drivers’ restroom at the Villa and N213.8 million for linking of cable from guest house to generator house. He said: “Despite provision for the maintenance of Villa facilities, this huge sum is being considered for the same location. The Villa Guest House and facilities has already taken so much. There seems to be a play on words around electricity for the sum of N1.83 billion. These cannot be priorities for Nigeria in these lean times. This is incredible and should be reduced by 70 per cent.”

On the huge amount budgeted for vehicles, the group in the report urged the National Assembly to demand an inventory of all existing vehicles in MDAs before considering such requests. The report said: “Purchase of vehicles is a common request across many MDAs. How do we determine genuine from frivolous requests? Should NASS demand an inventory of existing vehicles? There is need for justification before every approval. The demand for vehicles is even specifically tied to some foreign brands.

“This is wrong under the Public Procurement Act as only the functional specification of a product should be in the budget.”

The group said rather than spend these funds for the procurement of these items, it should be re-channeled to other productive sectors of the economy.