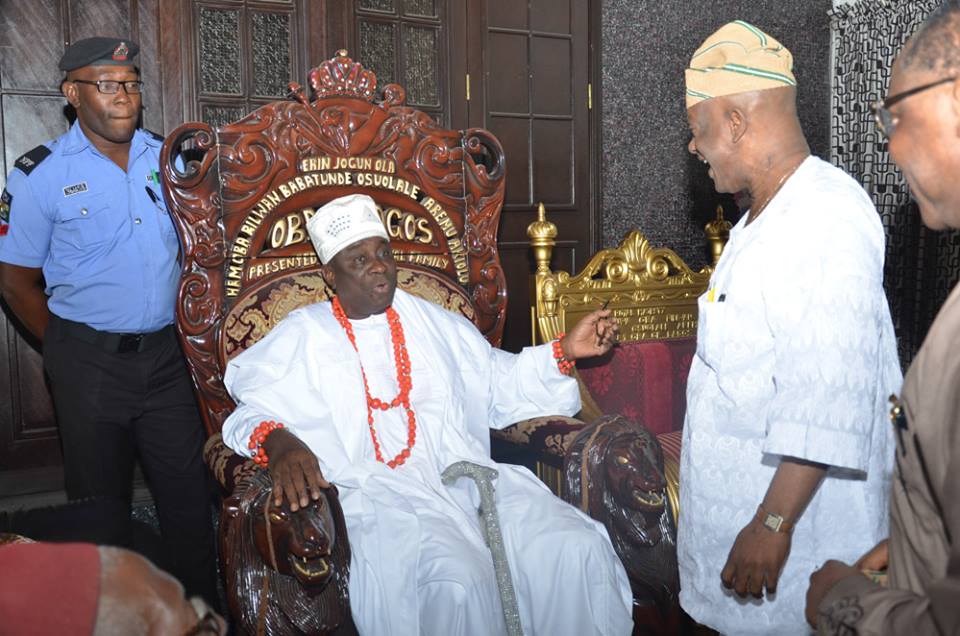 The International Criminal Court (ICC) has commenced investigation on the Oba of Lagos, Rilwan Akiolu, for alleged inciteful speech and
threat to sink into the lagoon, the Igbo residing in Lagos State if they failed to vote for the All Progressives Congress (APC) during the April 112015 governorship election in the state.

Son of the late former Governor of old Anambra state, Dr. Josef
Umunnakwe Onoh had petitioned the ICC over the alleged Oba’s
threat and asked the world jury to investigate the threat and bring
the monarch to justice for conceiving to annihilate the Igbo race over
election matters.

ICC had earlier in the year acknowledged receipt of Onoh’s petition and promised to give
consideration to his request.

In a second
correspondence to Onoh with reference number OTP-CR-140/15, dated August 13 2015, ICC’s Head of the Information & Evidence unit in the office of the prosecutor, M.P. Dillion, said they were analyzing the situation identified in his petition with the assistance of other related communications and other available
information.

Part of the ICC’s latest letter to Onoh reads: “Under article 53 of the
Rome statute, the prosecutor must consider whether there is a
reasonable basis to believe that crimes within the jurisdiction of the
court have been committed, the gravity of the crimes, whether national systems are investigating and prosecuting the relevant crimes, and the
interests of justice.”

The Oba of Lagos, had threatened to throw the Igbo into Lagos lagoon if they failed to vote for the Governorship candidate of the APC, Akinwumi Ambode, which Onoh responded by swearing to present Oba Akiolu’s inciteful speech before the ICC and subsequently made real his vow through a petition dated April 21, 2015.

Acknowledging receipt of the petition, the ICC Head of Information and
Evidence Unit, office of the prosecutor, M.P. Dillon said:”This
communication has been duly entered in the communications register of the office.”

Onoh petitioned the ICC saying he believes that Oba Akiolu’s threat
amounted to a call for violence to be perpetrated against the Igbo in Lagos in the event that the APC governorship candidate looses the
election, which he noted violates Article 20 of the International
convention and elimination of all forms of racial discrimination.

“Had the threat been made by any lesser person we would have dismissed same as an idle threat, but coming from the Oba of Lagos himself, it was a call to arms and an incitement to violence against the Igbos,” Onoh
petitioned.

It will be recalled that it was a similar incitement speech by the Zulu king that caused the recent xenophobia rampage in South Africa.