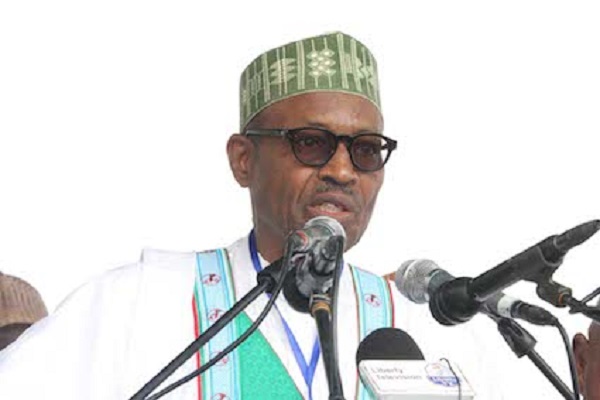 The certificate scandal brewing around the presidential candidate of the All Progressive Congress [APC] General Mohammadu Buhari may have worsened following the military’s disclosure that it does not have any documentary records suggesting General Buhari’s attended secondary education. This disclosure which was made yesterday [January 20, 2015] shuck the polity causing the members of the APC into asking its presidential candidate to address the Nigerian populace on the whereabouts of his missing secondary school certificate – that he had earlier sworn to the Independent National Electoral Commission [INEC] to have lodged with the Nigerian Military Board.

The Nigerian Army [NA] had made the statement through its director of public relations, Brig. Gen. O. Laleye stating that…

“His [Buhari] application was duly endorsed by the Principal of the school, who also wrote a report on him and recommended him to be suitable for military commission. It is a practice in the NA that before candidates are shortlisted for commissioning into the officersâ€™ cadre of the Service, the Selection Board verifies the original copies of credentials that are presented. However, there is no available record to show that this process was followed in the 1960s. Nevertheless, the entry made on the NA Form 199A at the point of documentation after commission as an officer indicated that the former Head of State obtained the West African School Certificate (WASC) in 1961 with credits in relevant subjects: English Language, Geography, History, Health Science, Hausa and a pass in English Literature. Neither the original copy, Certified True Copy (CTC) nor statement of result of Major General M Buhari’s WASC result is in his personal file.”

Through the prodding by concerned chieftains of the APC, Buhari buckled and submitted to a the press briefing in Kano where he stated that he was surprised to learn the Military had no records of his having attended secondary school.

“I attended Provincial Secondary School, Katsina. I graduated in 1961 with many prominent Nigerians, including General Shehu Yar’Adua, former chief of staff at the Supreme Headquarters, and Justice Umaru Abdullahi, a former President of the Court of Appeal. We sat for the University of Cambridge/WASC Examination together in 1961, the year we graduated. My examination number was 8280002, and I passed the examination in the Second Division.”

General Buhari went further to disclose that his supposed alma mater will issue copies of his certificate to the public to view. Of which, the school issued the copies later in the day following Buhari’s press briefing.

But the released certificate by the same alma mater appeared to have done more damage to the former military dictator of Nigeria. It raised more doubts and questions – than it answered. Some of the informed political observers indicate that the certificate may have proved conclusively that Buhari did not attend secondary school.

One of the contradicting questions raised was Buhari’s Buhari’s claim of having graduated with the late Shehu Yar’Adua in 1961. But cursory investigatory into Buhari’s claim show the transverse. Available records from Wikipedia indicates that the late Yardua joined the army in 1959 and not in 1961 – and so could not have graduated with Buhari in 1961. [see snapshot of the Wikipedia page below – source: http://en.wikipedia.org/wiki/Shehu_Musa_Yar%27Adua ]

Also, another striking discrepancy appears in the number of subjects listed by the Nigerian Army as having been in the WASC results of Buhari – against the number subject in the certificate released by the school.

Hausa was not offered in 1961… see below 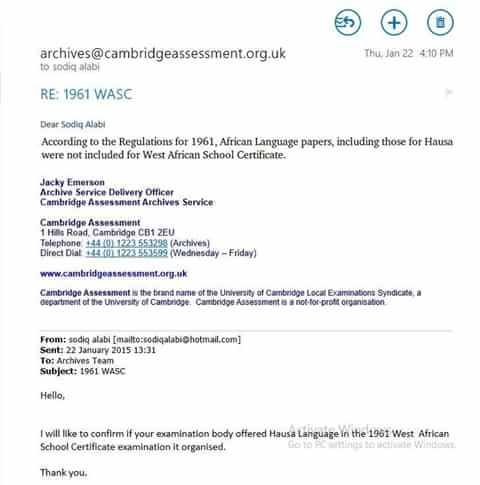