Home Guest Viewpoint In Memory Of My Friend, Sulaiman  Bisalla – By Imam Imam 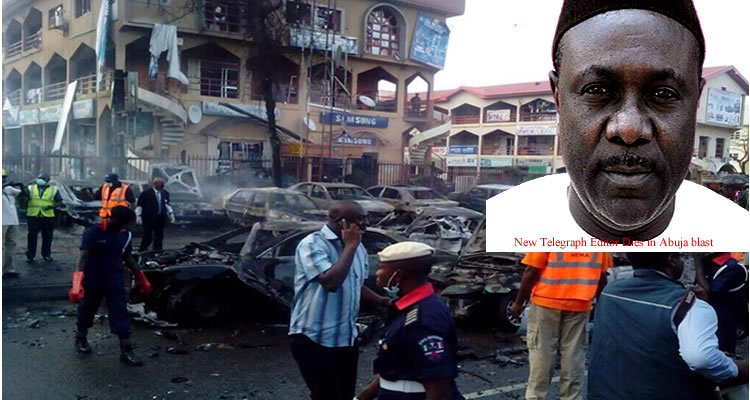 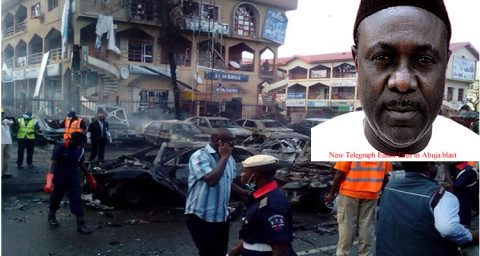 There are days that will stay with us for the rest of our lives. Someare good while some are everything but. I have vivid memories of both.In the same vein, there are people who you come across in life and thememories of your times together will never erase from your mind—forgood or for bad.For Sulaiman Bisalla, the Managing Editor of NEW TELEGRAPH newspaperwho was killed in last Wednesday’s bomb blast in Abuja, I will cherishthe moments I have shared with him forever. As I write this, few hoursafter taking part in the Islamic burial rites to finally wish him goodbye, my heart is heavy from the sadness of his passage.It is not everyday one comes across persons who are as humble orgentle as Bisalla. I  still remember the first time I met him. It wasjust before the 2011 general election. Even though we were meeting forthe first time, our reputations had preceded the meeting. Both of uswere then Political Editors, Bisalla with Abuja-based DAILY TRUSTwhile I was with THISDAY. Akwa Ibom State Governor, Godswill Akpabio,had gathered editors from the leading newspapers in the country togive his government’s side of the story following skirmishes betweenhis supporters and those of the governorship candidate of the thenAction Congress of Nigeria (ACN), James Akpandoedehe.Akpabio had felt that most of the stories about the various clashesbetween PDP and ACN supporters in national newspapers had portrayedAkpandoedehe as the victim. He wanted us to visit the scenes of theclashes and talk to the ‘real’ victims for us to judge for ourselves.I had my reservations about all that was said by the government andits spin doctors. I felt I could not arrive at a fair decision so longas I did not hear from the other side. I never hesitated in sharing mymisgivings to Bisalla. The first thing he did was to give me the phonenumber of Akpandoedehe, and an appointment was booked for a futureinterview in Lagos.I never knew that first meeting would bring me close to a man who Ilater came to respect for his integrity, commitment to duty andopen-mindedness. As a man of very few words, one of Bisalla’s greatestattributes was his ability to listen carefully before taking adecision. Once you are his friend, he will always be there as only atrue friend could. He had a way about him that made just abouteverybody to like him. He was genuine and sincere.When I heard of his death about two hours after the blast, I wasgutted. In the midst of my anger tears swelled up as I tried to bestrong and hold them back. I couldn’t. Though a Muslim who believesall things are ordained by Allah, I tried to search for reasons why myfriend had to die the way he did, especially because he had such ayoung family and is at the beginning of a new career and a new phasein his life. Why did it have to come to this? No one really knows why.All I could say was that things happen and we have no control overthem.Bisalla’s death made me question the wisdom in the saying that thosewho live by the sword, die by the sword. Bisalla died a violent deatheven when he was not a violent person. He never believed in violence,yet agents of violence became the reason of his death.As night fell and the reality of what really happened on that fatefulday sank in, I, like virtually all Nigerians, have continued to askwhy do we have to keep bearing the brunt of the activities ofterrorists in our midst. We keep wondering whether our securityagencies have the competence to end the massacre of innocent personswhose lives are taken away almost as frequent as the terrorists want.We have watched in pain how our students, hawkers, labourers, womenand their children, drivers of taxicabs and their passengers gotkilled or maimed.It won’t be out of place to say that we need a change of strategy fromour security agencies. The killings have continued for too long, andas one politician pointed out recently, we are running out of excuses.The same way we need more men in the armed forces of Nigeria, we needbetter equipment that are of global and modern standards to be used bythe armed forces. The same way we need volunteers to come forward withinformation about the activities of deviant persons in theirlocalities, is the same way we need to use local intelligence to helpsecure our towns and villages.Three years into his tenure, the spate of killings underscore theenormity of the task facing President Goodluck Jonathan. While it isconvenient, as we have seen from institutions like the ruling party,to now mischievously blame the opposition for the deaths all over theland, we must not loose sight of larger problems like unemployment andpoverty bedeviling our country. In addition to economic decline amongvast majority of the populace, there is increased inequality among thecitizenry, a situation that fuels dissent and provides breeding groundfor would-be terrorists.Bisalla was a reporter who reported diligently on all issues affectingthe nation. When necessary, he had given his thoughts on how theproblem of insecurity could be tackled in the country. He was adevoted friend who cared for the well-being of all persons. In theshort but eventful years I came to know him, I have learned manythings from him. He was one of a kind and he will be greatly missed.To me, the biggest lesson however, is in the fact that losing a closefriend at a young age makes one to take stock of his own life. AsMadame de Stael aptly stated, “we understand death for the first timewhen he puts his hand upon one whom we love.” I now know the realmeaning of death.May paradise be Bisalla’s final abode, amen.*Imam is the Special Adviser on Media and Public Affairs to theSpeaker of the House of Representatives