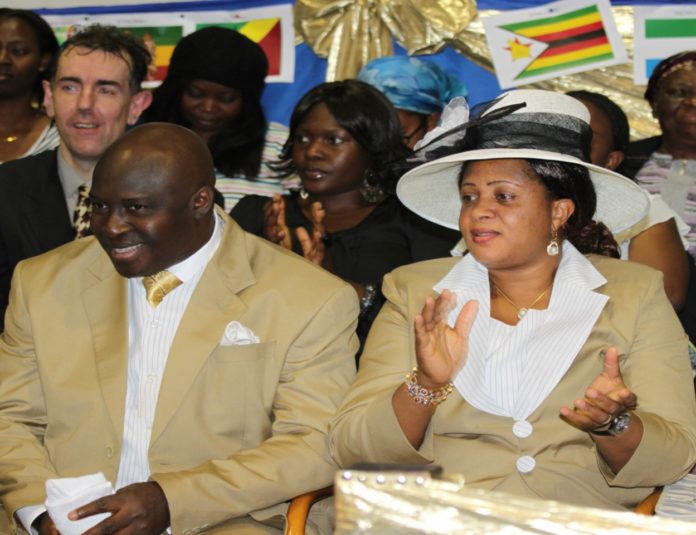 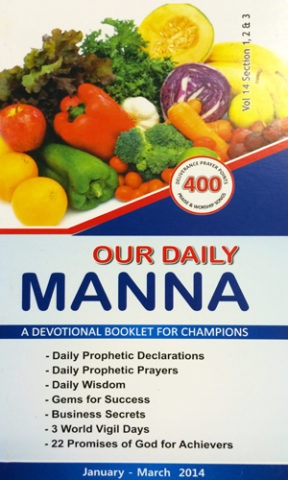 Rev. (Mrs.) Ejiro Flora Kwakpovwe, the Managing Director of the daily faith lifter and daily terrorist of Satan/his cohorts, OUR DAILY MANNA (ODM) WORLDWIDE, Assistant General Overseer of MANNA PRAYER MOUNTAIN INTERDENOMINATIONAL and also Managing Director, MANNA CHARITY FOUNDATION and MANNA RESOURCE CHARITY FOUNDATION is a strong pillar, a visionary and a wonderful planner who complements the efforts of her husband by coordinating all other affairs under the MANNA PRAYER MOUNTAIN.

Beautiful Ejiro who her husband, BISHOP (DR.) CHRIS KWAKPOVWE legally married ABOUT 14YEARS AGO is a woman of noble character worthy of emulation. She has a large heart to pursue the good of the ordinary people.

Her sterling attributes have helped her husband to obey God’s command to become great. As the saying goes, “behind every successful man, there is always a woman.” She works as a virtuous woman to crown her husband’s ministerial work.

A devout vessel of God, a rare and unique individual living for higher purposes, Rev. (Mrs.) Flora EjiroKwakpovwe gave her life to Christ in the year 1982. She experienced an epiphany, a spiritual flash that would change the way she viewed herself.

You may ask “Where did Rev. (Mrs). Flora Kwakpovwefind the strength and perseverance to place herself completely at the service of others? “She found it in prayer and in the silent contemplation of Jesus Christ, His Holy Face, and in His Sacred Heart,” Rev. Ejiro Flora kwakpovwe, an embodiment of success, would only be described as a huge blessing to humanity. She, for a long time, has been approaching her endeavours with much courage and this has established her as a dynamic preacher, evangelist, philanthropist and a humanitarian with a heart to touch the lives of many.

The mother of children is a product of the Abia State University where she bagged a Bachelor of Science degree in Government/Public Administration. Her thirst for knowledge was the driving force that prompted her to obtain her Diploma in Theology from Interdenominational Video School of Ministry (IVSOM), Warri, Delta State 30 years ago. It was at this school that her life was moulded physically, spiritually and fitted for God’s purpose for her life and the entire Christendom. On Sunday December 16, 2001 she was awarded an Honourary Doctorate degree on missions by the Calvary Academy in collaboration with the Light House Christian University Brooklyn, New York, United States of America.

She believes that the primary calling of a woman is to help her husband accomplish whatever work God has committed into his.  A role model for the Nigerian Youth, and women at large. Her life-long devotion to the care of the poor, the sick, and the disadvantaged was one of the highest examples of service to our humanity. Today, she is the national Co-ordinator and Managing Director of Our Daily Manna, an internationally acclaimed devotional booklet for champions.

Her interests lie in the promotion of the rights and dignity of the poor, disadvantaged and most vulnerable members of the society. These have been her philosophy and her reason for making charity a matter of compulsion. This attribute of hers has not gone unnoticed since many people are benefiting from her ineffable gestures either in cash or kind or even both.

A pretty and decent woman, full of ideas, and a patriot to the core. She got born again at Urhobo College, Warri, Delta State. She is a native of Ugono Orogun in Ugheli Local Government Area of Delta State; born to the family of late Chief and Mrs. Samson Igugu. Rev (Mrs.) Kwakpovwe is a devout vessel of God, rare and unique individual living for higher purposes.

The setback which brought about losses and sufferings to the visionary Bishop (Dr.) Chris Kwakpovwe, gave birth to Our Daily Manna which started on the day he (Kwakpovwe) wanted to commit suicide in the form of two printed sheets until he was led to convert it into a Daily Devotional booklet.

It may interest you to know that Rev (Mrs) Ejiro F. Kwakkpovwe by the grace of God gave the name to the popular devoational –OUR DAILY MANNA.

So, interestingly it was solely sold and distributed mostly by ministry members who had no job or jobs but used it as a means of survival. Interestingly too, it has gone into the outermost parts of the world, and today it is being distributed worldwide by local and international distributors, sold in churches, bookshops, streets and street corners, hospitals, prisons, orphanages, Bureau centres (business centres) and all corners of the world.

Speaking on the vision, the Publisher/Author of the devotional booklet who also doubles as the Bishop of MANNA PRAYER MOUNTAIN, Dr. Chris Kwakpovwe stressed that the book is to provide people with daily practical life stories, inspirational Bible expositions, breakthrough prayer points, song and strong prophetic declarations.

His words “Note that when God introduced Himself to Moses in Exodus 3, He did not say, “I WAS” (past tense) He said “I AM”(fresh and present tense). To really know Him as “I AM”, you must know Him in the present (not in the past). But you cannot know HIM every day through HIS WORD and PRAYER”.

“This is what OUR DAILY MANNA helps to provide for you and your family”.