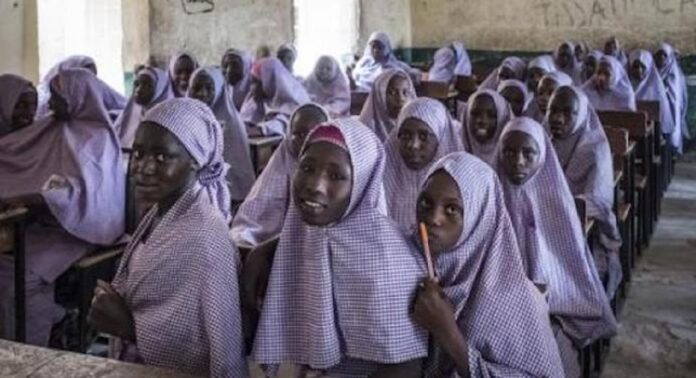 From Chibok in Borno to Dapchi in Yobe, to Kankara in Katsina, Kagara in Niger and now Jangebe in Zamfara, thousands of school pupils have been stolen. This act is carried out by known non-state actors who mostly negotiated and subsequently fetched out millions from governments.

In Nigeria, more often than before, people are suffering in the hands of bandits who ravage our local communities, kill and destroy property. These kidnappers demand for ransom from the mostly pauperised citizens. In the process, many lives have been lost just because their families could not afford to pay ransom. The most terrible and shocking moments is how these bandits invade schools and kidnap students. Not long ago, we experienced the Kankara school abduction, then we failed to learn a lesson, gbam! Kagara and now Jangebe where over 300 girls students were abducted.

I heard Mr. Peter Hawkins, the Nigeria Representative of the United Nations Children’s Funds(UNICEF) saying that the abduction of school kids is too often and avoidable. He charged the government of Nigeria to do everything possible to make school a safe place for children –whose right to education is sacrosanct. And as a student, I share this position.

Going by available stats, since April 15, when its Chibok in 2014, about 1,263 students were taken away from their schools by gunmen in Nigeria. The country has been suffering in the hands of corruption, bribery, poor economic status and most importantly the issue of insecurity. It would be recalled that the Kankara abduction happened under the nose of Mr. President in his hometown in Katsina, one who was elected on heels of fighting insecurity.

Efforts have been made by security agencies and governments to tackle the issue of insecurity in Nigeria, especially when our schools are now soft targets and our younger ones are living in palpable fear of being kidnapped. Education is never effective at war front.

The killings, maiming, raping of minors and adult and our farmland gradually turning to no-go-area, all what the government is planning is either amnesty or negotiations. It is a shame.

Apparently, the action and inaction of the government encourage terrorism. For Sheik Gummi, his errands to dialogue and possibly negotiate with bandits needs to be handled carefully. One, Sheik is a non-state actor; two, he is not anyway a security expert. Three, the religious leader needs to coordinate his utterances. He was on a national TV calling media men criminals. His statement about Christians and Muslims soldiers shouldn’t have been said.

Gumi said that we should not address bandits as criminals, “even the press are criminals too because they are putting oil into (the) fire. These people are listening to you. You don’t address them as criminals if you want them to succumb. Youths are ready to put down their weapons. Now, they hear you calling them criminals, how do you want them to cooperate?” he asked. Gumi then added that, “So, you have to show them that they are Nigerians, that they should not hurt children and that they should be law-abiding.

Let’s us ask Sheik, what name does man who kills, rapes, kidnaps is better addressed? His position is affirmation of a failed state. Despite the claims that many repentant gunmen have surrendered, their den is not far from Zamfara. Mr. Governor Sir, you must be commended for showing care and trying to safeguard your people, but negotiation is giving them more strength to do more and after when arrested they will repent and be given amnesty.

The president has said that no amnesty will be given to these heartless human beings. We hope other governments will emulate. Governor El-Rufai has already given out the solution to this issue. The Kaduna man believes, using our troops could end this menace.

Paying bandits and gunmen to stop killing people is not amnesty. It is empowering murderers who always take the cash and go back to the bush; kidnap and slaughter more people. Paying them is making them realize they’re the real authority, not the men in charge of the treasury.