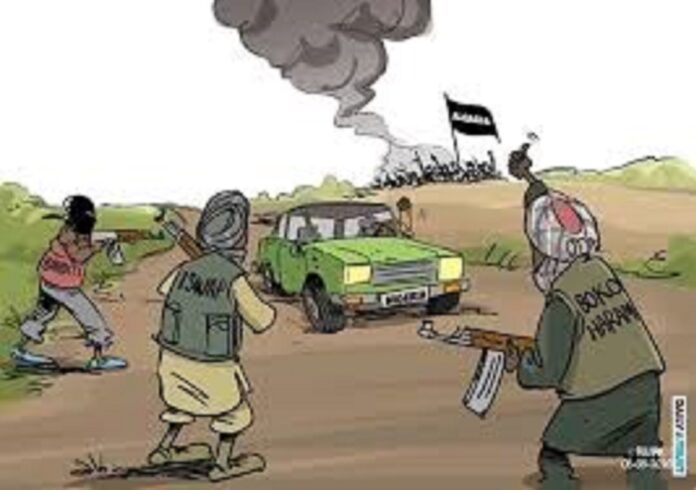 There is no doubt that one of the biggest menaces facing Nigeria as a nation is kidnapping. It has threatened the peaceful coexistence of Nigeria as a nation, and aroused fear in the minds of citizens as no one knows who might be the next victim. Despite the efforts put in place by the government, traditional rulers, patriotic citizens and NGOs, the menace keeps growing at an alarming rate.

In the past, most reports of kidnapping were traced to militants in the Niger Delta region, but recently bandits and gunmen have taken over as several reports of people being kidnapped come in from villages particularly in Zamfara, Kaduna and Katsina states.  According to the Nigerian Police Force, 685 kidnappings occurred nationwide in the first quarter of the year 2020, an average of seven per day. Kidnappers demand between $1,000 to $150,000, as ransom depending on the perceived financial resources of the victim. Major highways like Abuja-Kaduna, Kaduna-Jos, Abeokuta-Lagos etc., have been the ultimate targets of the kidnappers.

Just recently, reports from several media revealed that gunmen have attacked the famous Abuja-Kaduna expressway killing many motorists and kidnapping 9 passengers, despite the intervention of the Armed Forces. The reports also added that the criminals also attacked Nuhu Bamalli Polytechnic in Zaria and shot a lecturer and an elderly man, in addition to kidnapping his two sons.

Two months ago, the daughter of a lawmaker from Kano State was kidnapped and later released after a huge amount was paid as ransom. As if to underline the seriousness of the situation, 12 Police ASPs were abducted by bandits in Borno State, where they were deployed to. In addition, some young girls were kidnapped by gunmen from Katsina State. These are some among thousands of incidents of kidnapping that are occurring in Nigeria.

The causes of kidnapping can be traced to the high rate of illiteracy among the masses, particularly in Northern Nigeria which has a high rate of children roaming the streets without functional education and other necessities of life. This situation has made it easy for some unscrupulous elements to gain the advantage of these children or use them to get their way.

Poverty is also another major reason for this menace because, due to the high cost of living, many people cannot afford three square meals daily, which makes  many people resort to crime. In addition, the high level of unemployment particularly among youths, due to failed government and weak policies by several administrations, has made many resolve to criminal acts and other social vices. The failure of the government to put effective machinery in place to protect the lives and properties of its citizens is clearly obvious because, if the government has done the needful, things wouldn’t have been as bad as it is now.

This menace can only be addressed if the government and stakeholders involved do the needful, because kidnapping thrives in an environment that condones crime; where criminal opportunism and impunity prevail over and above deterrence. Therefore the government, in collaboration with traditional rulers, the Armed Forces and others should embark on mass literacy especially to people among the rural areas on the need to be patriotic and shun any form of negative attitudes. Also, employment opportunities as well as skill acquisition programs should be organised by all levels of government in order to reduce the high rate of unemployment specifically among youths.

Poverty alleviation programs should be enacted to assist the masses. Also, effective policies should be put in place to reduce the rate of poverty among the masses. Lastly, the defence sector should be adequately funded and supervised by the government to ensure that they are discharging their duties as assigned. As the saying goes “United we stand and divided we fall” We need to work hand in hand, irrespective of tribe, religion and region, and see ourselves as Nigerians only.

Therefore, each and every citizen has a role to play in ensuring peaceful coexistence of Nigeria as a nation by doing the rightful thing, such as giving vital information to the police or other security agencies, helping others, engaging in community services, etc. That will be our saving grace.