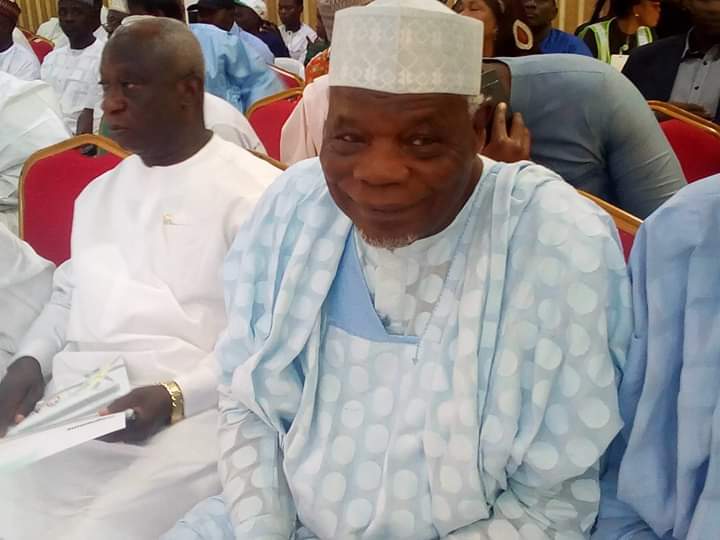 A chieftain of the Peoples Democratic Party in Kaduna, detained by officers in Abuja, was full of life as he spoke exclusively to a reporter from DENISAURUS News about his recent ordeal.

Yaro Makama Rigachikun who was picked up by security agents days before the polls, for allegedly inciting violence through his words, believes he is in detention because the ruling All Progressives Congress, APC are afraid of being “defeated.” He said “that is why they are “witch hunting opposition towards the election.”

Though he remains in custody in Force CIB Garki, Abuja, Alhaji Rigachikun, who was Kaduna PDP chairman for nine years before joining the APC where he helped the state Governor, Nasir El-Rufai win in 2015, remains in high spirit and certain that the PDP which he returned to in 2017 was in a good position for the Saturday March 2nd elections.

Alhaji Rigachickun was arrested yesterday afternoon. His arrest comes days after Ben Bako, director of publicity of the PDP campaign in Kaduna, was detained by the same police force.

But, he explained that the allegation of hate speech put before them was false, adding that it is President Muhammadu Buhari who asked followers in Zamfara to “eat well” and get ready to beat people.

Alhaji Rigachikun told DENISAURUS News reporters that APC leaders wanted him to return to the fold but he refused as he believes they have failed to deliver on their promise to the people in the state.

DENISAURUS News who visited Alhaji Rigachikun, in custody today, was made to understand that he is not the only one marked down for arrest.
He said: “they want to align (Senator Ahmed) Makarfi and many others to inciting offence.”

The PDP chieftain was part of those who worked for the emergence and victory of Governor Nasir El-rufai in 2015.

Alhaji Rigachikun is now working to help the PDP candidate Isa Ashiru Kudan – who many believes will defeat Governor El-rufai in the coming elections.
The Governor of the All Progressives Congress, APC, who is facing a stiff challenge from the PDP candidate has lost support in the South of the state, following several clashes that has resulted in the loss of lives of many Christians living there.

Governor El-Rufai also lost allies in his party, after bulldozing a building belonging to a serving Senator from the state.

After Senator Suleiman Othman Hunkuyi’s building was demolished on the authorisation of the Governor, Shehu Sani, a Senator representing Kaduna Central raised a motion on the floor of the National Assembly noting that Nigeria “cannot accommodate somebody who has the tendencies of Adolf Hitler, Mobutu Sese Seko and Nebuchadnezzar.”

There are huge fears that the Governor might not be returned back to office, following the atrocities committed in his first term.