Everyone knows it now: British soul is experiencing an exciting revival. Led by the captivating Jorja Smith, whose debut album, Lost & Found has been successful far beyond Britain, the scene has recently seen the emergence of numerous new voices, each one more promising than the last.

Among them is Kemi Ade. Hailing from Croydon, a town in London’s southern suburbs, the young neo-soul singer harmoniously combines r&b with electronic and funk music, and through her music she expresses her most profound and genuine feelings. “Writing has helped me to open up about my feelings I think’s been a kind of therapy”, she tells us.

A year after the release of Ownesty, her stunning debut EP, the British-Nigerian is back with “Honest.” — a cheerful single, which explores the artist’s mesmerizing world further, and which announces the impending arrival of her new EP. We at Konbini took the opportunity to ask her a few questions.

Konbini: To understand the music you’re making now a bit better, I’d like to know: what did you listen to when you were growing up in England?

Kemi Ade: OK, just to warn you, it’s a bit of a strange mix [laughs]! Because I listened to Lionel Richie, Anita Baker, Whitney Houston and Toni Braxton, as well as the Spice Girls, S Club 7 and the Backstreet Boys. Every Sunday I took care of the cleaning at home, and it was kind of my personal “musical moment”. And when my dad went to do the shopping, I pinched his Fugees and Nas albums! I had to hide the fact that I was listening to songs with insults in them from him [laughs].

I also remember my mom, several years later, braiding my hair in front of MTV Base (back when it was all the rage). So that meant I also heard artists like Usher and Destiny’s Child. And of course Erykah Badu and Eric Benet, my mom was their biggest fan!

Are there any artists who really inspired you to get into music?

To be honest, I think it was my church choir, which I participated in for years, which encouraged me the most to get into music. I felt really alive with them. But apart from that, yeah, of course. I really admired Beyoncé, Erykah Badu and Lauryn Hill, as creative, independent, powerful women. They really inspired me too.

When did you really start to be interested in making music?

I mean, I don’t remember exactly, because to be honest… I think I always wanted to do it! Since I emerged from my mother’s belly [laughs]. I always knew that’s what I’d do.

Do you remember the very first song you wrote?

Oh my God, yes, and it was so cheesy…! The chorus went something like: “Today I saw you with another girl, you were trying to cheat on me”. Why was I talking about getting cheated on at 9 years old, when I’d never even spoken to a boy [laughs]? The craziest interaction I’d had with the opposite sex at that age was when a boy from my school called me “pineapple head“… I die laughing when I think about that song, I swear!

What inspires you to write these days?

Romantic relationships – or the lack of them – mainly, and the people around me. I should also mention my favorite songwriters: Frank Ocean, Ne-Yo and David Foster.

“My music is a mix between soul and R’n’B, with some added electronic vibes and a touch of funk”

In 2017, you released your first EP Ownesty. Was there a particular message you wanted to get across with this project?

People often describe your music as “soul” or “r&b”. Do you agree with this description?

Yes, totally! I see my music as a mix between soul and R’n’B, with some added electronic vibes and a touch of funk. I love synths and big fat bass lines [laughs]!

Which artists are you most inspired by at the moment?

I’m a big fan of Frank Ocean, The Internet and Jazmine Sullivan. And if Jai Paul is available for a collaboration… I’m definitely up for it [laughs]!

You recently released a new single, “Honest.”. How did you come up with this track?

The title is inspired by a thing I had with a guy recently. He was really nice, really cute, everything was going well… until the day when he suddenly stopped talking to me, before reappearing randomly one day. He called me and he said: “You deserve to know the truth: in fact, I was seeing someone else.” I’m really sensitive, so I arrived at the studio the next day and I composed the track almost in one go, with the help of a few friends.

“Honest.” is also one of the tracks from your next EP. Could you tell me a bit more about the EP?

I can’t give too much away, but what I can say is that the new EP will feature four beautiful songs, which I hope will draw listeners into a mesmerizing atmosphere… and it’ll be out before the end of the year!

Finally, what have you found in music that you haven’t managed to find in any other form of artistic expression?

Music gives me a huge sense of freedom. It brings me a lot of recognition and love. But it has also created a serious kind of anxiety in me – there’s always a bad side, even to the most beautiful things! But music is what motivates me the most, I’m keen to see where it will take me. 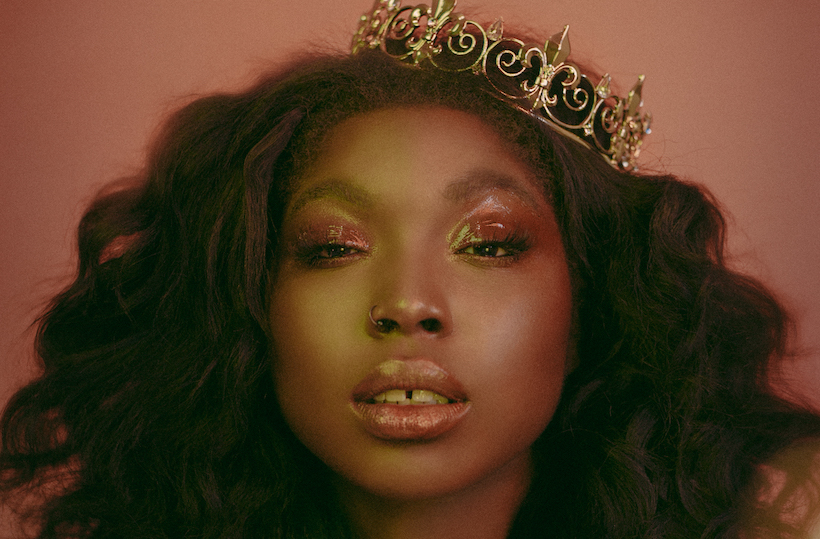