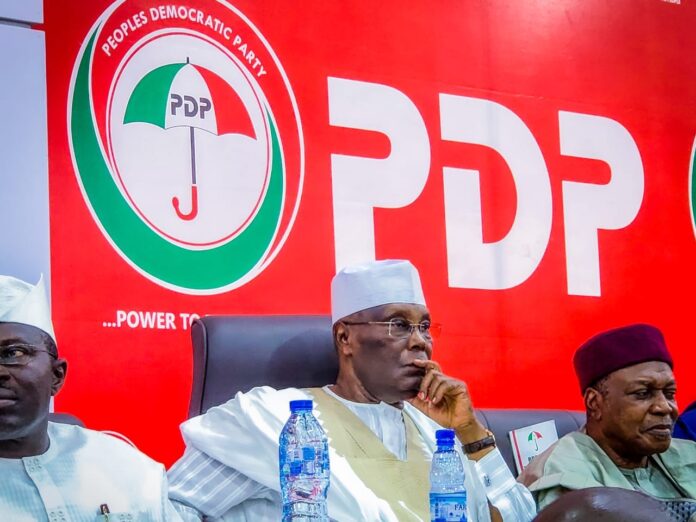 The Presidential elections of 2023 in Nigeria may register to be the most corrupt election held in the history of Nigeria. This is judging by the unfolding antecedents of the two major parties – the People Democratic Party [PDP] and the All Progressive Congress [APC]. Information made available to 247ureports.com from competent sources indicate the PDP may be undergoing internal turmoil over monies disbursed by the Atiku presidential campaign council to the various states where campaign rallies were held so far. A sum totalling an estimated N1.5billion.

According to available data, the Atiku presidential campaign train has visited fifteen states for political rallies as December 22, 2022. Arguably the highest of all the presidential campaigns thus far. With each state rally, Abubakar Atiku is said to disburse an average of N100million for crowd mobilisation related expenses. In total, the amount already disbursed is N1.5billion.

A source who spoke to 247ureports.com from Abuja PDP revealed the dire desperation that pervades the upcoming presidential election – the injection of the Labor party into the presidential contest in effect changed the equation, particularly, for the PDP candidate who had taken the votes of the North Central, South East and South South geopolitical regions as votes already in the bag. “Atiku miscalculated Peter Obi’s impact”. The supposed minority votes within the geopolitical regions of north Nigeria appears elusive for Abubakar Atiku who had previously enjoyed massive support from the said regions. The same goes for the entire geopolitical zones of southern Nigeria.

The new situation on ground for Abubakar Atiku and PDP have caused necessary and/or realistic readjustment of the working parameters going forward. Particularly acknowledging the unresolved imbroglio served by the aggrieved group of PDP bigwigs led by the Rivers State Governor, Nyesom Wike and four other Governors who have remain adamant to joining the PDP fold in suppose of the Abubakar Atiku presidential bid.

However, the cancerous import into the Abubakar Atiku presidential campaign is the unmentioned impact of the five PDP Governors and their silent supporters within the party leadership structure. According to a highly competent source, the leadership of the PDP including its national executive council and the national working committee have split allegiances that are not for their professed presidential candidate – Abubakar Atiku. “40% to 60% are not with Atiku”, said the source who explained that most of the PDP leaders’ loyalties are split between the five PDP Governors and the Labor party Presidential candidate, Peter Obi.

For this reason, there exists solidified suspicion and distrust. To the extent, the monies released by the Abubakar Atiku presidential campaign to thevarious Directorates in the States has in effect resulted in latent ruckus within the PDP.

The recent visit of the PDP presidential candidate, Abubakar Atiku to Imo State for campaign rally exemplifies the internal wrangle caused by the divided loyalty.

Last week, Atiku Abubakar was in Imo State to campaign for votes ahead of next year’s presidential election. A source close to the party told 247ureports.com that about N99 million was disbursed to the Director General [DG] Greg Egu of the PDP presidential campaign organisation in Imo state for crowd mobilisation and associated expenses.

Interestingly, as with other states, there appear two divides in the PDP presidential campaign train in Imo State. One headed by the Hon. Emeka Ihedioha who head the Presidential Campaign council [PCC] and Sam Anyanwu [Sam Daddy] who is the National Secretary of the PDP. Greg Egu – the DG of Atiku Campaign in Imo State is a Sam Daddy appointee. His loyalty is to Sam Daddy.

In essence, the N99million disbursed to through the DG, Greg Egu is believed by the Ihedioha led group to have been disbursed to the group loyal to the opposition group, the Wike led group. As expected, the Ihedioha group has alleged that the money has gone missing – that the DG has pocketed the money – and that Sam Daddy is out to undermine the Abubakar Atiku campaign. This development has thrown the party into disarray as they try to unravel the mystery behind the supposed missing funds. 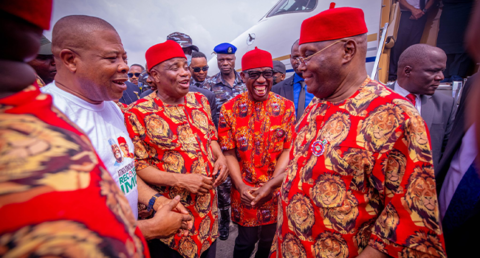 The allegation of the missing money has been confirmed by the publicity secretary of the PDP in Imo State, Collins Opurozor who told 247ureports.com that the State Chairman of the party in Imo State, Charle Ugwu has been on top the issue and is determined to resolved the matter internally. He explained that the matter remains an internal matter of the PDP. “We will handle the matter internally. The individual at fault will be disciplined internally. There is no need for media involvement at this point.”

One of our sources who is near the activities at the Imo State PDP told our correspondent that some of the disbursed funds were released. Not all. He explains that both Sam Daddy and Emeka Ihedioha harbors gubernatorial aspirations – and have interest in who wins the presidential elections. An Atiku presidency will automatically result in Emeka Ihedioha edging Sam Daddy out of the gubernatorial ticket within the PDP. Atiku’s failure will spell the reverse – which the source believes will benefit Sam Daddy and the Wike group.

247ureports.com reached out to the National leadership of the PDP through the public relations officers, Hon. Debo Ologunagba regarding the brewing divide within the PDP as displayed in Imo State. He declined to comment. He rather suggested that the respective state leadership organs response to the individual allegations. He claimed no knowledge of the developments.