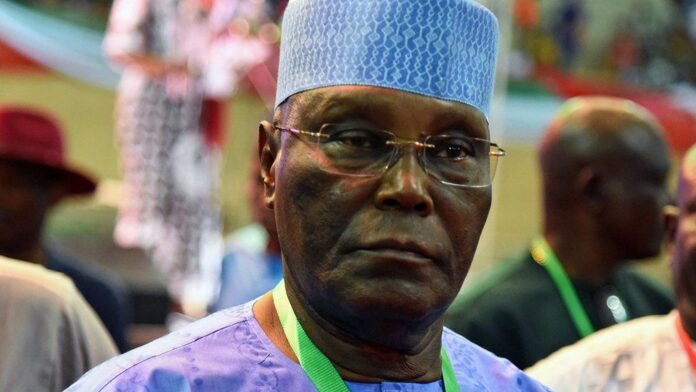 Foremost pan-Igbo sociopolitical pressure organisation, the South East Revival Group (SERG) has called on the Presidential candidate of the Peoples Democratic Party (PDP), Atiku Abubakar, to stop fanning embers of tribal sentiments during his campaigns, especially with regards to the South East, urging him focus on uniting his party where its five sitting governors have dissociated themselves from the PDP candidate’s presidential ambition.

The group was reacting to the former vice president’s assertion at his campaign visit to Anambra State on Thursday that those who desire the emergence of a president of Nigeria of Igbo extraction should support his presidential bid which he referred to as a stepping stone towards achieving their goal.

Atiku had during the campaign said, “I am going to be a stepping stone to an Igbo president in this country. I have shown it in my action, because this is the third time I am running with an Igbo man. If you really want to produce a president, then, vote Atiku-Okowa ticket.”

But in a statement signed by the President and National Coordinator of the pan-Igbo group, Chief Willy Ezugwu, the SERG said that “Nigerians are in dire need a sincere person as president, not an individual who is swimming in tribalism and always thinking at a pedestrian level.”

According to the group, “It beats imagination that Atiku Abubakar who bluntly told the world recently that an Igbo man is not good enough to be voted for by people in the north, where he comes from, will at the same time be presenting himself as a stepping stone towards the emergence of an Igbo person as president after him.

“That is a sign of deception and  any Nigerian of Igbo extraction who is following the PDP Presidential Candidate is on his or her own as Atiku has already told the world that Igbos cannot be president yet he pretends to care about the Igbos because he needs Igbo votes.

“Individuals like the Anambra State Governor, Charles Chukwuma Soludo, who are positioning themselves for Presidency have been deceived by Atiku’s empty promises. Governor Soludo should realise that he has but one vote and if he continues to get carried away by his ambition, he will have himself to blame sooner than later.

“We advise Atiku Abubakar to stop ethnizing his campaign as it will worsen his imminent defeat in the 2023 presidential election as he has proven on many occasions than one to be unreliable.

“Atiku has been pursuing a selfish presidential ambition since 1992 and have worked against every political party platform he failed to win its primary election.

“For instance, the serial decampee who was a civil servant contested for the office of the Adamawa State Governor in 1990, 1996 and later, in 1998. Olusegun Obasanjo picked him as his running mate during the 1999 presidential election but in 2003 he rose against Obasanjo who was a sitting president running for a second term.

“Having lost, in 2017, he returned again to the Peoples Democratic Party and emerged the party presidential candidate during the 2019 presidential election.

He could have decamped again after losing to incumbent President Muhammadu Buhari in 2019 but knowing that it would be easier to buy his way through in the PDP, he remained and manipulated the presidential primary to his benefit against the PDP zoning arrangement which favoured the South East he now claims to care about.

“It is really a sad narrative that the PDP nominated Atiku Abubakar in 2019 and for 2023 presidential candidate after he had warned Nigerians in Enugu in November 2014, as an APC presidential aspirant, that a vote for the Peoples Democratic Party in 2015 general elections, was a vote for continuation of insurgency, kidnapping, oil bunkering, corruption and unemployment, among other evils.

“He therefore worked against the PDP and when Buhari warn, he quickly returned to the same party he accused of breeding insurgency, kidnapping, oil bunkering, corruption, and unemployment in pursuit of his selfish ambition.

“At the last count, Atiku Abubakar has unsuccessfully contested five times for the Office of the President of Nigeria since 1992/1993 and ahead of the 2023 presidential election, Atiku scuttled PDP zoning arrangement at a time it was the turn of the South East.

“Good enough, Nigerians have decided to make a choice and opted for balance, equity, fairness and justice by finding Mr. Peter Obi of the Labour Party as worthy successor of President Muhammadu Buhari.

“Like a prophet, the SERG had advised all political parties in Nigeria to zone their presidential ticket to the South East, warning of the consequences of doing otherwise, but the PDP and APC failed to heed the clarion call.

“However, having seen the level of marginalization of the South East and the competence of Peter Obi as a prepared leader, Nigerians irrespective of political party affiliation, and across the country’s six geopolitical zones, pitched their tent with Labour Party’s presidential candidate in the interest of justice, peace, equity, and national transformation”, the SERG stated.