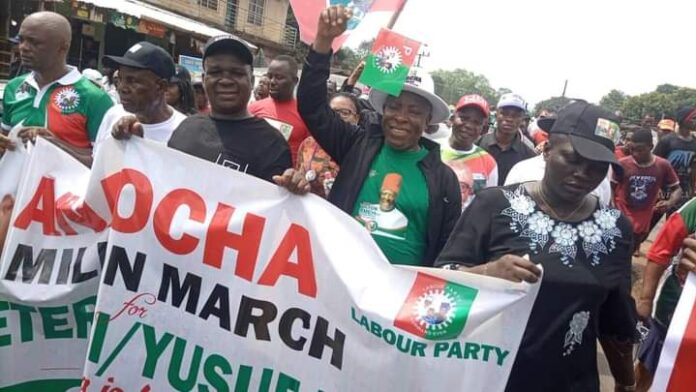 The erstwhile National Chairman of the All Progressive Grand Alliance (APGA) and 2023 senatorial candidate of the Labour Party (LP) for Anambra Central Senatorial Zone, Chief Victor Umeh, has described the LP 2023 Presidential candidate, Mr. Peter Obi, as the only candidate that can perform the best miracle in transforming Nigeria’s misfortune to fortune.

Chief Obi made this assertion during Peter Obi One Million Match in Anaocha Local Government Area of Anambra which held over the weekend.

According to him, Nigeria needs an intelligent, competent and responsible leader who has deep knowledge of economic matters, which he said Obi proved to be. 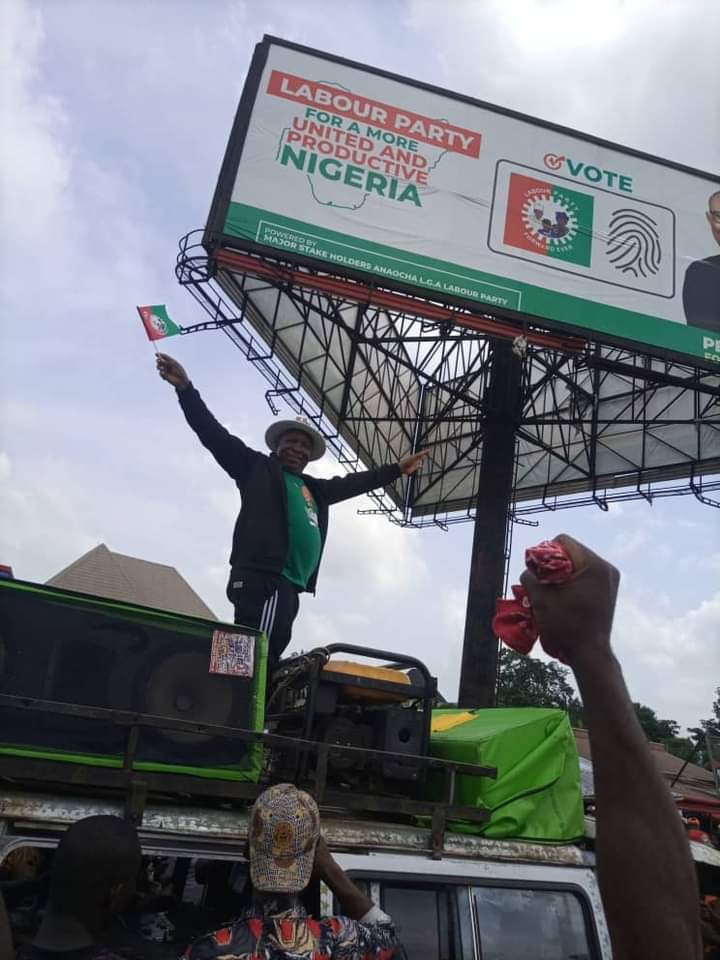 “Mr. Peter Obi stands out above other contenders; and that is why everybody is working very hard to ensure that we have the right President, in the person of Mr. Peter Obi. …He had been Governor here for eight years, and he did very well. And that is what he is going to replicate in Nigeria. So the entire Anambra State and South East are solidly behind him, and will give him the maximum, to complement the support the rest of Nigerians are already giving him,” he said.

Chief Umeh, who is a former Senator, commended the organizers of the Rally and ndị Anaocha for standing firm with Obi and the Labour Party ahead of the 2023 General Election.

He emphasized the need for ndị Anaocha to ensure a total victory for the Labour Party; stressing that Anaocha Local Government, and Anambra State, by extension, ought to lead while others follow, in the support chain of Mr. Obi. He therefore urged the people not to allow anyone confuse them nor be compromised monetarily, adding that the coming Election is beyond monetary sentiments but a struggle for the survival of Nigeria and Nigerians. 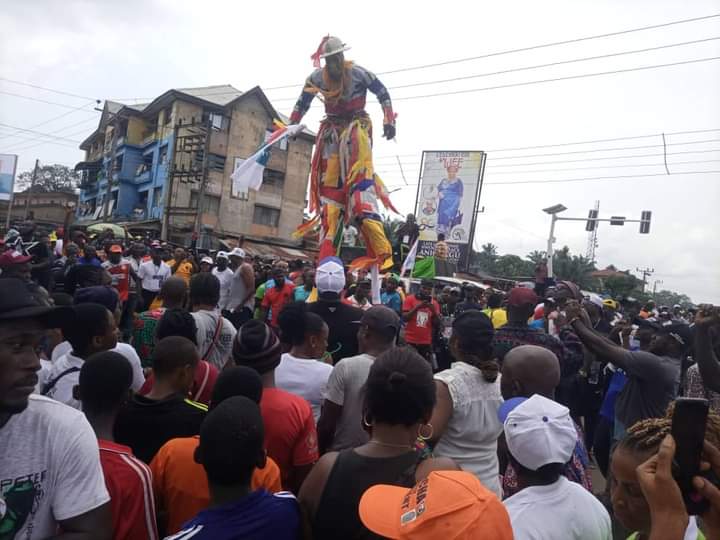 The Match, which started at Okacha Junction in Neni, traversed Adazi-Nnukwu up to Nwagu Junction in Agulu where the Traditional Rulers of Anaocha Communities joined in encouraging the people to uphold the spirit and continue in the struggle until Mr. Obi and other Labour Party candidates are successfully elected come 2023.

Earlier performing the Kola nut ritual, the Traditional Ruler of Agulu, H.R.H. Igwe Innocent Obodoakor said that Nigeria needs a capable leader like Obi; even as he also stressed that the victories of other Labour Party’s Senatorial, House of Representatives, and House of Assembly candidates in the forthcoming general election will be very instrumental in making Obi win massively in the election.