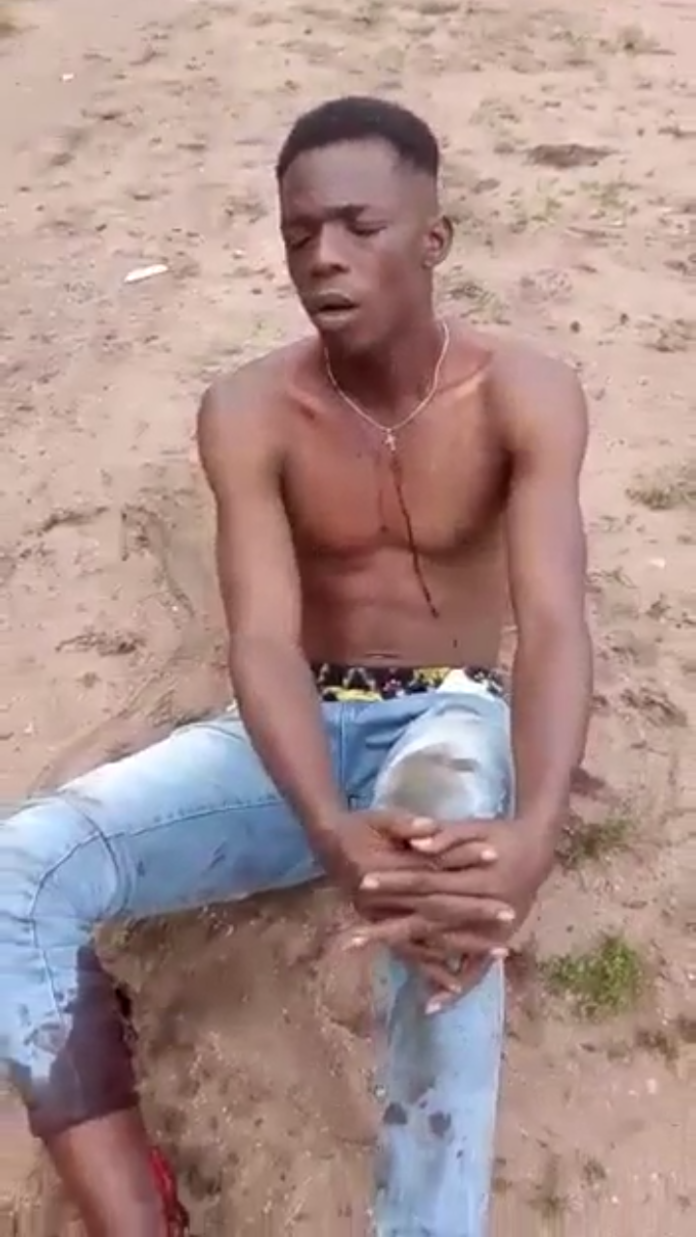 Unknown Gunmen have captured and severely tortured a Nigerian policeman, identified as Gabriel Anyanwu for being a member of the Nigeria Police Force.

Mr. Anyanwu, who is from Imo State Criminal Investigation Department was one of the officers attached to the Police Public Relations Unit of the State Police Command.

A video currently trending online shows the Policeman seated on the ground with stains of blood all over his body, while being tortured and queried by a suspected member of Unknown Gunmen syndicate, whose faces could not be seen.

Although the source and the scene of the cannot be verified as at the time of this publication, some sources have it that the policeman was abducted last week.

A background masculine voice in the video was also heard in the background threatening the policeman that the day would mark his end, for being a member of the Nigeria Police Force, instead of joining “the moving train”.

He also warned Nigerian youths against joining the Nigeria Police, Ebubeagu security, the Army and any other security agencies of the Nigerian government.

The voice said: “All these rubbish, idiotic police youths that supposed to join the movement, the moving train but went ahead to join the slow train. Slow train, did they told you that that slow train will win? No.

“In this life, there is two things, either good or bad, either life or death. Since you have choose a wrong part to join rubbish police, Nigeria zoo force, today will mark your end. Yes, today will mark your end, idiot. Next time, try nonsense to join nonsense Ebubeagu. And I’m telling all this fucking youths that is joining Ebubeagu, police force, Nigeria police zoo country that is suffering you people from being something that it supposed to be.

“Young youths who can join hands together to see that things can move, for us to fight the zoo and move them, so that we can be good

“My friend, today is your end,” the voice concluded.

Recall that the South East region has witnessed increasing attacks on security agents, government facilities and prominent individuals following the arrest of the Leader of the Indigenous People of Biafra (IPoB), Maazị Nnamdi Kanu.