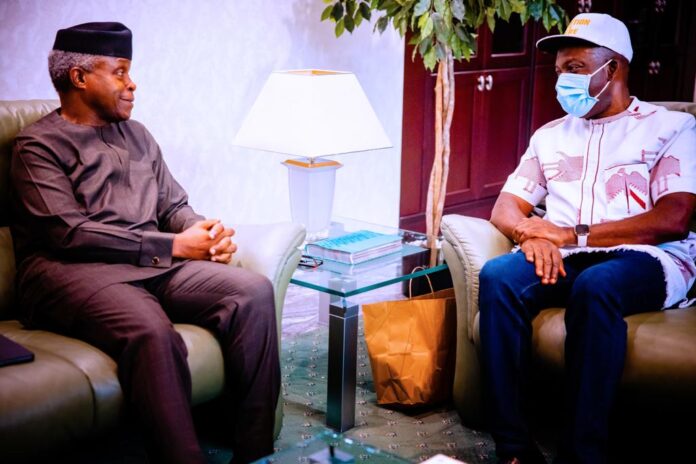 Vice President Yemi Osibanjo has commended Gov Chukwuma Soludo of Anambra State, “for the transformational agenda he is bringing to bear in Anambra State…”

Pro Osinbajo paid the compliment when the Governor visited him in Aso Rock Villa yesterday.

Shortly after the meeting with the Vice President, Soludo during interview with the State House Correspondents disclosed plans by his administration to embark on massive action in some very critical sectors of life in the state soon. 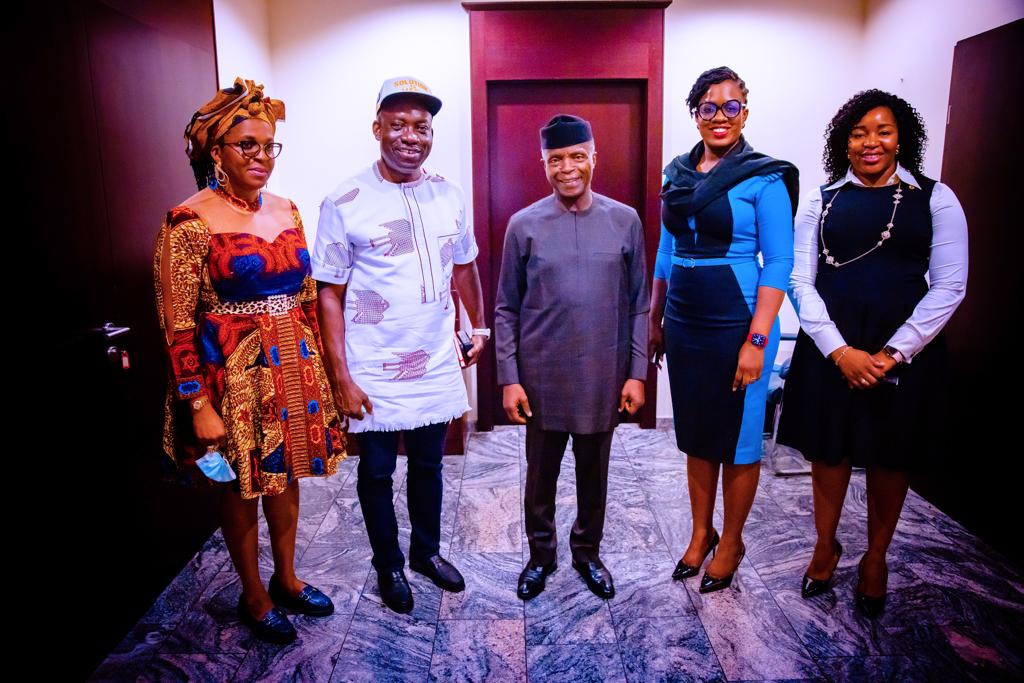 He listed the sectors to include Security, Roads, Health, Power and Education amongst others.

Though he did not give details of his discussion with the Vice President, but he was able to admit that it was “private”.

According to the Governor’s Chief Press Secretary, Mr Christian Aburime, the Governor confirmed to the journalists that the hitherto disturbing level of insecurity in Anambra was now being tamed by the reorganized, reinvigorated and restructured security architecture he has put in place.

Prof Soludo, according to the statement from Mr Aburime noted that, “… the State is now comparatively safer and peaceful with the security architecture
being put in place”

The Governor used the opportunity also to commend the various security agencies in Anambra State and the citizens for their cooperation and partnership in the fight against insecurity in the State.

Commenting on his six months in office and the massive programmes especially in the areas of road, health, education, power and other critical sectors, that are presently being aggressively executed, the Soludo assured that in few months time Anambra will be, one big construction site for massive development!