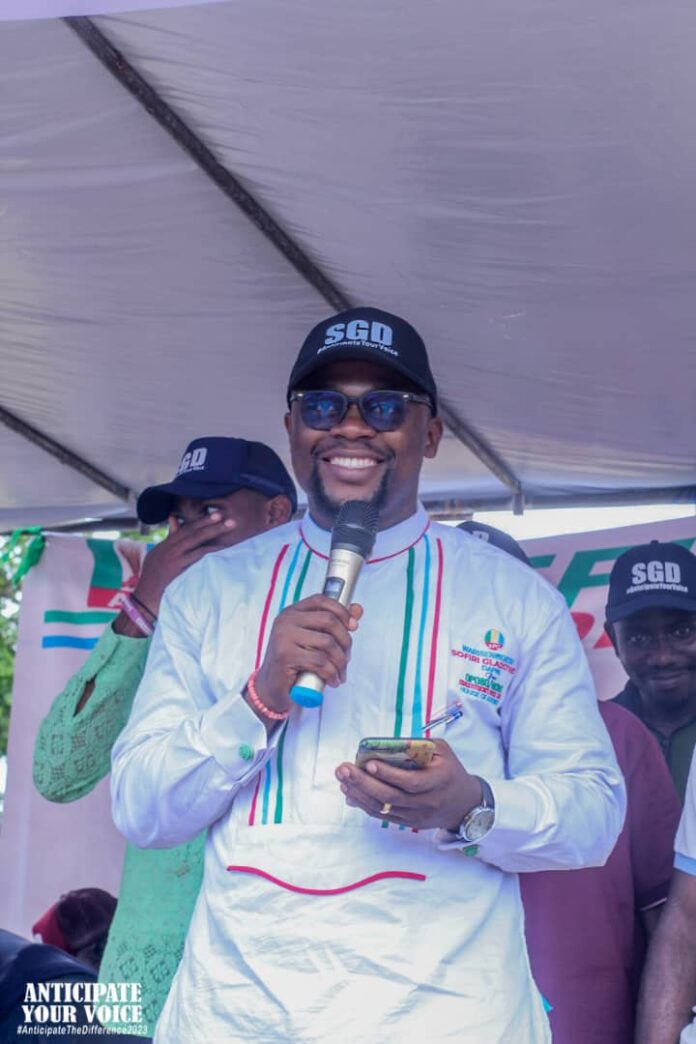 Information reaching 247ureports.com indicates another member of the All Progressive Congress (APC) has dumped the APC. 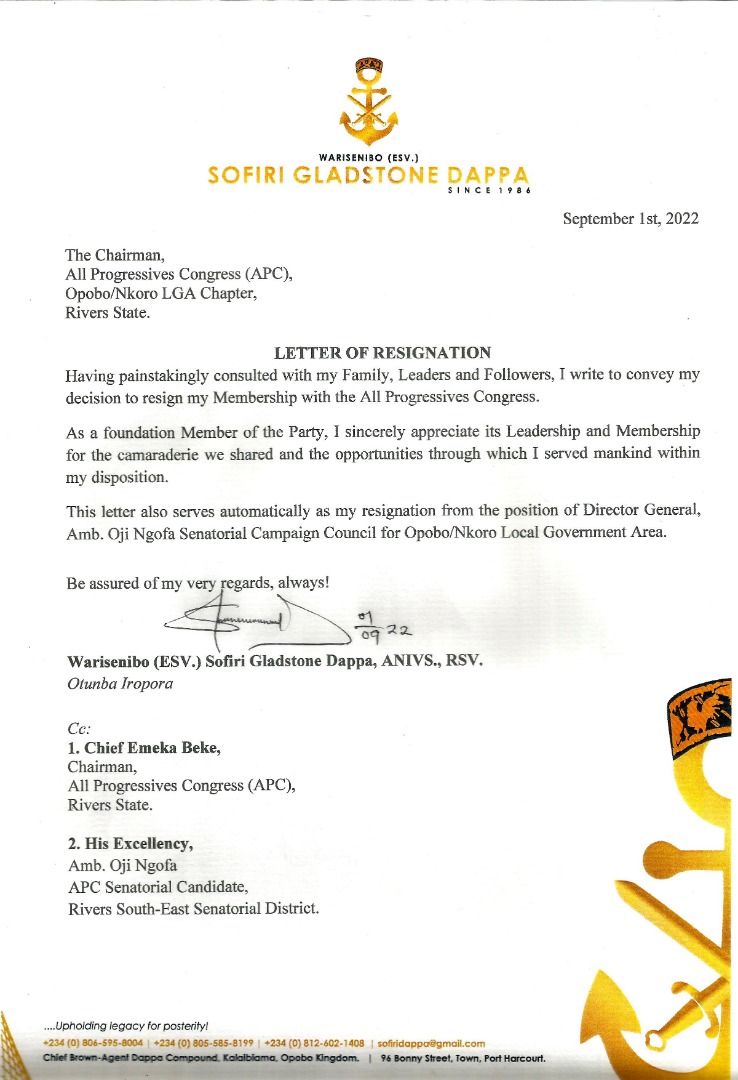 Warisenibo Sofiri Gladstone Dappa in a letter to the Chairman of the APC OPOBO/Nkoro LGA Chapter said the letter also serves as an automatic resignation of his position as the Director General of the Ambassador Oji Ngofa senatorial campaign council for OPOBO/Nkoro LGA.

The former Rivers House of Assembly aspirant who copied his resignation letter to the Chairman APC Rivers State, Emeka Beke and APC Senatorial Candidate Ambassador Oji Ngofa did not state reasons for his resignation or next political party he will be pitching tent with.

It will be recalled that the Publicity Secretary of the All Progressives Congress in Rivers State, Chris Finebone, dumped the party for the ruling Peoples Democratic Party.

Finebone has been a strong critic of the state Governor, Nyesom Wike, on all fronts.

Finebone was seen in a photograph posing with Governor Wike, in front of the latter’s private residence along Ara George in Port Harcourt, alongside the state PDP governorsgip candidate , Fubara Siminialaye, as well as a former chairman of the APC, Chief Davies Ikanya, who is also in the PDP.

They are all from the home town of the PDP governorship candidate.