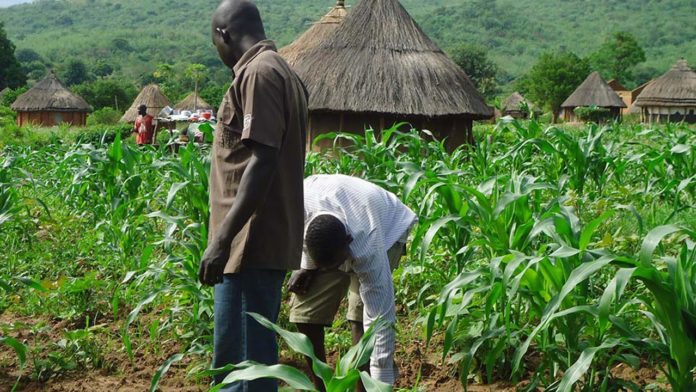 Farmers in Kano State said they  were were expecting bumper harvest  in the 2022 wet season.

The farmers disclosed this in interviews with the News Agency of Nigeria (NAN) on Thursday in various parts of the state
A check by NAN in Gaya, Bichi, Kabo and other local government areas revealed that most of the farmers planted guinea corn, rice, groundnut, soyabeans, beans, millet and maize, among other crops.
The farmers said as at now, rainfall was steady and they expected that it would be enough for the crops germination.
They also revealed that they used early maturing seeds and more of manure due to the high cost of fertilisers.
Malam Sadi Mikail, a farmer in Gaya Local Government, said that people embraced farming for food security and enhanced livelihood.
Mikail said that in spite of many challenges being faced by the farmers, particularly that of high cost of fertilisers and security, a lot of farmers expected to have a high yield
According to him, majority of farmers used animals dung, chicken dropping and waste, which they also bought at high costs to provide nutrients for the crops.
“Majority of farmers intensified weeding and other farming activities they are supposed to do for the crops to provide the expected yield.
“We are doing all what is needed on our farms, we leave the rest to Allah, and pray to Him for bumper harvest,” he said.
Another farmer, Malam Muhammad Ali from Kabo Local Government, said that from their observations, they would record bumper harvest during the season.
“Most of the farms you go, you will be impressed by what you will see. We are hopping that we will see high yield at the end,” he said.
On his part, the Vice Chairman, All Farmers Association of Nigeria (AFAN), Alhaji Zubairu Ibrahim, said that farmers were praying for improved agricultural productivity in spite of some challenges.
“A lot of people have returned to the farm, however, they are being faced with the major challenge of rise in the prices of fertiliser and other farm inputs,” he said.
He, therefore, urged the federal and state governments to intensify efforts in providing support to farmers in terms of farm inputs.
“Anytime the government is going to provide inputs support, it should make sure that the support comes through farmers associations, so as to reach the real farmers,”