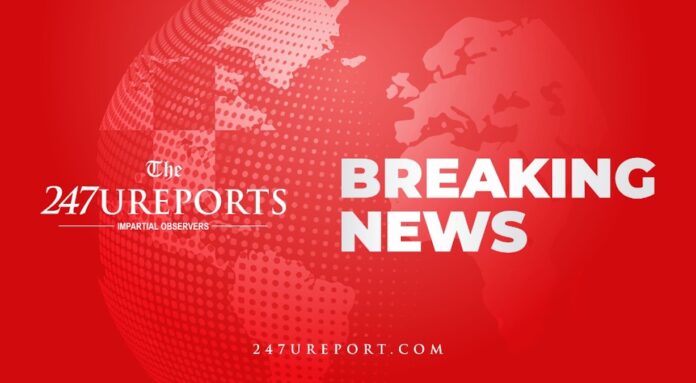 Advertisement
There is mounting tension in Orokam community of Ogbadibo Local Government Area of Benue state after suspected armed herdsmen beheaded a Councilor-elect and his cousin, names withheld, and dumped their remains in a nearby forest in the community.

It was gathered from sources in the area that the headless bodies of the victims were discovered in the forest on Friday morning after several search by hunters and local vigilante in the community.

The discovery of their bodies sparked angry reaction from the youths of the community who took over major roads in the area vowing to carry out reprisals.

Confirming the development, Chairman of the Local Government Council, Prince Samuel Onu disclosed that the victims were on a rescue mission in the forests when they were caught and killed by the armed herders who had earlier kidnapped a member of the community.

The Chairman said: “In the last three days now, herdsmen have been troubling the area and there have been incessant kidnappings in the LGA. There was a kidnap yesterday (Thursday) by the armed herdsmen after which they left one community in Owukpa and went towards Orokam.

“On their way to Orokam, they kidnapped one man. So, the Councillor-elect, since he lived in the village, was a hunter too. He and his cousin, with other hunters and the vigilante alongside Operation Zenda security team entered the forest to see if they could rescue the man that was kidnapped.

“It was when they were to return yesterday that they noticed that two of them were missing. But they (security personnel) were able to arrest two of the Fulani men. This morning when they went to check again, they saw the lifeless beheaded bodies of the Councillor-elect and his cousin.”

The Chairman who disclosed that the arrested armed herders had been taken to the Police Headquarters in Makurdi, the state capital by men of Operation Zenda said the discovery of the beheaded bodies sparked angry protest by the youths of the community.

He however noted that the situation was gradually returning to normal after the Traditional Head of Owukpa and Orokam appealed to them to sheathe their swords.

“Chief Ikwuje has been begging the youths and we have also been talking to the youths who blocked the roads. Things are a little bit calm now because they have been talked to by the Chief,” the Chairman said.

Contacted, Police Public Relations Officer, Superintendent, SP, Catherine Anene said she was yet to receive details of the incident.