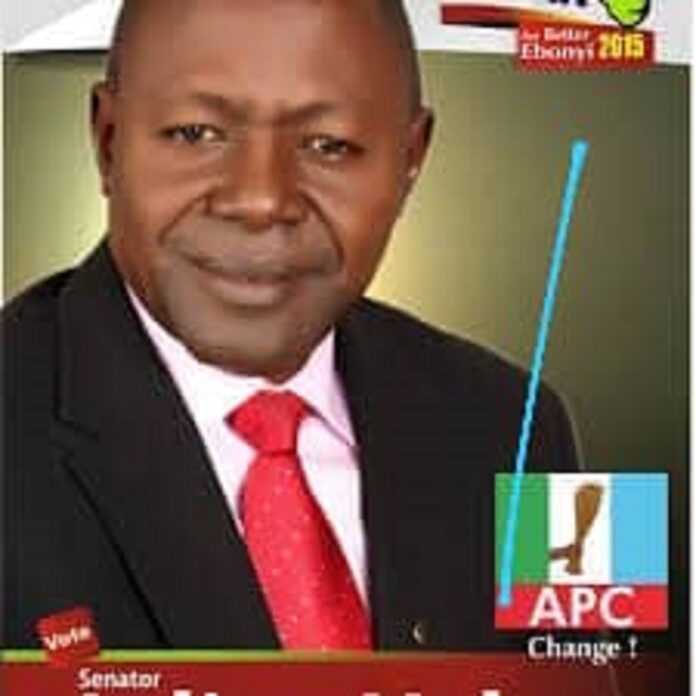 A former Senator in Ebonyi state, Senator Julius Ucha has declared his interest to join the gubernatorial race under the All Progressive Congress (APC) platform in 2023.

Ucha made the declaration Tuesday, during a courtesy call to the State Working Committee of the party, in Abakaliki.

Sen Ucha said “I am here to inform the party leadership of my intention to run for the governorship of Ebonyi state, come 2023. It is over a month now that the political space was thrown open by our leader, and we are also aware that the zoning arrangement is that governorship will either go to Ebonyi central or North of the old Abakaliki block.”

“We are also aware that the zoning committee has been graciously put in place to address a micro zoning of where the governorship will go to.”

He further added that if elected the governor of the state, its his duty to maintain the standard of infrastructural development already put in place by the governor. Also, he’ll sustain the gains and legacies the governor has already set in motion and secure the future of the people of Ebonyi state. (Ucha said).