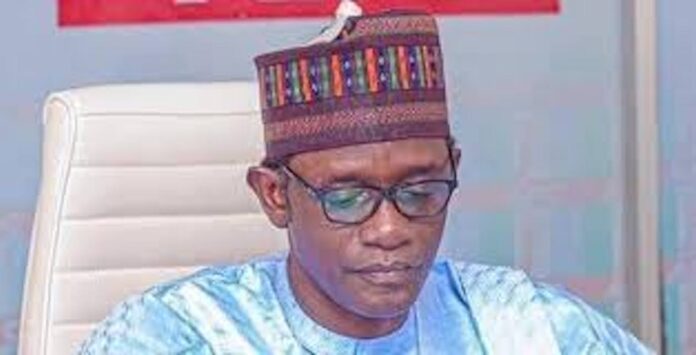 The crisis bedeviling the All Progressive Congress [APC] may appear solved and forgotten following the exit of the former National Chairman – Adams Oshiomhole from the executive council of the national party. The appointment of the Governor of Yobe State, Mai Mala Buni to replace Adams Oshiomhole [in June 2020] on an interim basis until the National Convention quelled the ensuing turmoil temporary.

But information available to 247ureports.com obtained from competent sources knowledgeable of the goings on within the national ruling party [APC] indicates the APC may be turning the corner from the Oshiomhole induced trouble to another fresh trouble that may threaten the continued stability of the party – should the rot within the executive council of the party be allowed to leak out into the open arena.

It has become evident the party’s finances have hit rock bottom. According to our source, the leadership of the party under the interim chairman in tandem with the Chief of Staff to the national chairman, Hadaja Gamawa managed to “squander” the finances of the party.  “When we kicked Oshiomhole out, we had money in our accounts to the tune of billions but Buni has finished the money within a short period. Nothing to show for it.”

The allegation was confirmed by another source who explained that Buni and Gamawa “bounced on the money without mercy” to the extent the APC could no longer outset the salaries of the staff at the APC secretariat. “Most times we have to use our money to purchase the little day to day office supplies.”

The inability to reach a finality on the APC National Convention details and date points to the non-availability of funds. “The APC does not have money”. The ministers and APC Governors who have been the primary sponsors and/or financiers of the party activities are reported to have developed cold feet owing to the manner the previously donated monies were squandered with little to show for it in return.

“They are afraid. They don’t want to receive the treatment given to Dasuki and Diezani” stated our source who noted that the APC is looking forward to the upcoming elections in Ekiti State as a potential source of funds. The source explained that money [N2.1b] disbursed by Dasuki, the then National Security Advisor [NSA] to the then President Goodluck Jonathan was earmarked for PDP for use in politics and/or campaign. The same holds for the monies made available by the then Minister of Petroleum, Diezani Allison Madueke.  Both Diezani and Dasuki faced prosecution by Nigerian anti-graft agencies for the said monies.

Our source reveals the current leadership of the Economic and Financial Crimes Commission [EFCC] to be aware of the situation inside the APC. Whistle blowers had already alerted the EFCC of the potential financial crimes committed by the Yobe State Governor and Hadaja Gamawa.

As the APC prepares to fix the date of their national convention, all eyes will remain watchful.