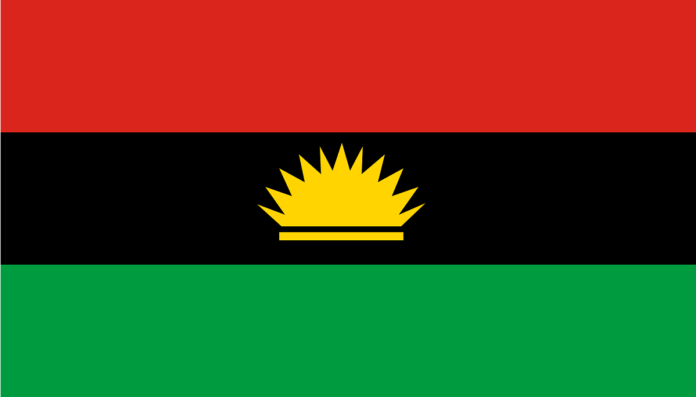 The statement was made in a press release by the military wing of the Biafra restoration project:

General Innocent N. Orji, Head of BNG/BSMCA hereby announces the appointment of new members of Council as he gears up for the commencement of the Biafran National Guard live broadcast scheduled for 27-30 October, 2021.

The Biafran Supreme Military Council of Administration [BSMCA] also welcomes the Military Operations ‘GOLDEN DAWN’ and ‘STILL WATERS’ declared by the occupational Nigerian Army in Biafran territories with the intention of committing another genocide against the people of Biafra but it is solemn promise that it shall not come to fruition.

The Biafran National Guard [BNG],as the military wing for the restoration of Biafra is ready to protect the peoples and territories of Biafra land, vowing to avenge against whatsoever atrocities that has been melted against Indigenous Biafrans especially in Izombe Town (Oguta), Orlu, Orsu Ihitte Ukwa, Nnewi and Onitsha.

The Council is reminding security personnel of Biafran origin still serving in the Nigerian security forces that the final notice for their resignation given on May 30th 2021 still stands and no blame shall be taken for whatever actions that shall be taken against them during our military operations against the occupational Nigerian Army, Navy, Air-Force and Police.

These operations to be undertaken by personnel of the Biafran Army, Biafran Navy, Biafran Air Force and Detective Force against occupational security forces and parastatals shall usher in a new dawn and the restoration of Biafran sovereignty.

The Council is reminding all and sundry that the Right to Self-determination is a collective right held by all members of an indigenous community or a nation and must be exercised in accordance with the principles of justice, democracy, respect for human rights, equality, non-discrimination, good governance and good faith.

General Innocent N. Orji extends his hearty congratulations in advance to the people of Biafra on the independence of our sovereignty and also call on interested allies to partner with BNG in the heavenly project which is to begin during the live broadcast from the national headquarters in Nsukka Province.