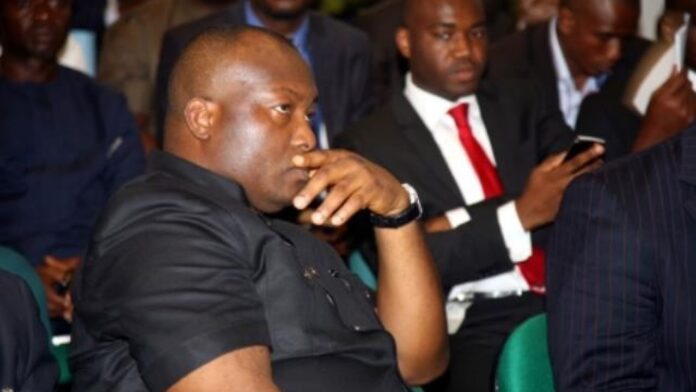 There are indications the candidate of the Young Peoples Party [YPP], Chief Ifeanyi Patrick Ubah may  close his gubernatorial campaign owing to dire financial constraints. Information available to 247ureports.com obtained from sources close to the YPP gubernatorial candidate indicates the financial situation remains unsettling – more of his prime real estates have been sold off to raise necessary liquidity to fund the campaign.

As a caveat, Chief Uba who currently represents the south senatorial district in the Senate has been plagued with financial woes owing to large debt incurred by his numerous businesses.

In early 2020, Asset Management Corporation Of Nigeria [AMCON] threatened seizure of his assets owing to unpaid debt of N165.48billion as at January 2020. In Chief Uba’s response, he requested for the loan repayment to be restructured. He pleaded for a renegotiated payment schedule. The AMCON in a responding letter rejected the plea. The AMCON insisted the oil mogul pay up on his debt – less he will be faced with recovery actions. In particular, the AMCON instructed for Chief Uba to “provide a structured plan of how Capital Oil and Gas Industries intends to repay its indebtedness, in terms of source of repayment.” The letter is signed by Albert Nwanozie [Head of Legal Department] and Joshua Ikioda [Group Head, Enforcement].

See copy of letter below.

Already neck deep in a financial knot, the oil mogul had embarked on several other business ventures with the said monies owed. Some of the ventures comprise his national newspaper – The Authority and his Radio State – The Authority. Interestingly, both ventures have left the employees without a living wage for over five [5] years and counting – owing to inability and/or unwillingness to pay the workers their wages.

When Chief Uba launched his gubernatorial campaign under the YPP in 2021, the AMCON noose remained hanging on his neck. According to sources who spoke to Chief Uba, he launched his campaign with confident hoping on the yields from a business venture. He was expecting monies that would add liquidity to the campaign purse. The funds failed to materialize.

Chief Uba turned to liquidation of his properties. One of the property he sold recently was the Ifeanyi Uba Campaign headquarters in Awka – located along the Enugu/Onitsha expressway at Qarta junction.

He sold the building complex to an Amichi businessman by name – Akai Egwuonwu, the owner of Anambra Rice. The finalities of the sale was completed in September 2021. The youths of Awka community were also settled according to customs.

See pictures of the building complex below