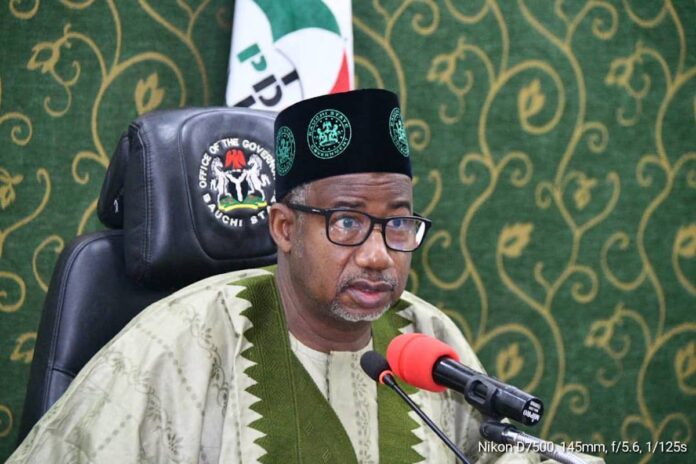 A non-governmental organisation, Oxfam-Line Project, has flagged off tree planting campaign activities in Bauchi State to protect the environment from the adverse effect of climate change ravaging the world today.

In his opening remarks during the flagging off which was carried out respectively in Darazo, Shira and Gamawa local government areas of the state recently, Oxfam-Line Project Manager, Wayne Brook, expressed gratitude for the success of the campaign.

Brook disclosed that Oxfam-Line Project distributed 9000 economic and environmentally friendly tree seedlings during the first phase of the campaign in Ningi, Alkaleri and Tafawa Balewa local government areas of the state.

Represented by Kenneth Akpan, the Environmental Compliance Officer of Oxfam-Line Project, Brook explained that the second phase of the campaign witnessed the distribution of additional 9000 tree seedlings in Gamawa, Shira, and Darazo local government areas.

‘In 2010, Bauchi State Government was alarmed that the state was losing an average of one kilometre of its landmass annually to desertification, which it attributed to the indiscriminate felling of trees for fuel and local charcoal production businesses,’ Brook disclosed.

‘Bauchi state is among Nigeria’s 11 frontline states susceptible to desertification and its attendant effects.

‘Apart from the annual tree planting campaigns embarked upon by the state, there have really been no effective measures by any state administration to halt the threat of desertification’

He said Oxfam-Line project was promoting the planting of trees in communities and encouraging the adaptation of these ideas by communities who should upscale them into ideas like woodlots, orchards or commercial horticulture, to improve on the environment and the economic outlook of the communities.

He stated that Oxfam-Line Project, being a Climate Change conscious project while executing its activities within the state, identified the prevailing climatic conditions due to poor environmental knowledge and practices.

Brook said the development has harmed the environment and climatic conditions of the state through flooding which washes away farmlands, crops in some cases houses, especially along the floodplains, drop in rain fall during which food production is severely affected negatively.

He said that the tree planting activity was to further deepen Oxfam’s partnership with the Local Government Leadership, as a way of sustaining these noble ideas of sustaining the environment on a continuous bases post Oxfam-Line project

Speaking at the flag off campaign in Darazo flag off, the chairman of the council, Honourable Mahmood Bello Yayaji was full of encomium for Oxfarm Line Project for the tree planting campaign in the area.

In his remark during the fag off, the Chairman of Gamawa Local Government Area, Honorable Babayo Kauwa, stated, ‘This gesture by Oxfarm Line Project would go a long way to arrest the incursion of the Sahara desert into our communities.

Also speaking, the District Head of Udubo Yaya Hamma Majiai Gawmawa, Alhaji Aminu Mohammed Mallami, conveyed the gratitude of the people of the Gamawa for the tree planting campaign by Oxfam Line Project, saying their it identified and met their need to have trees.

‘We are facing serious threat because of desertification and so we are grateful. Our people now know the value of planting trees because of the campaign by Oxfarm Line Project. On our path we will set up committees to raise seedlings and share to the people to continue the good work they have started’