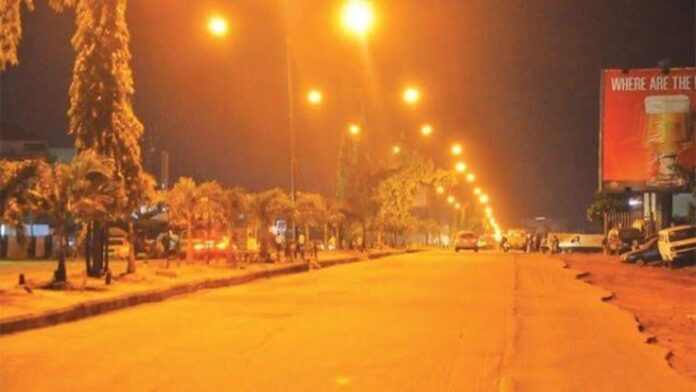 Less than five months of eight years administration of Gov. Willie Obiano of Anambra state, his benevolence to light up the entire state is yet to be benefited by most rural communities.

On March 27, 2019, Gov. Willie Obiano restated his resolve to light up all parts of Anambra before the end of his administration on March 17, 2022, but this is yet to be achieved as time is fast running out.

This noble initiative is still like a hearsay to many villagers in most rural communities in Orumba North and other local government areas of the state.

The project is seen by rational thinkers as a game changer in the emerging tapestry in Anambra development, but worrisome to many dreaming rural dwellers who are still looking forward to have a test of it. Most of the benefitting communities are in the urban areas of the state.

Mr Tochukwu Anagha, a community leader, thus, commended the governor’s initiative, but noted that he achieved much in his first tenure.

He posited that Obiano may have done so to secure his second tenure ticket, and relaxed thereafter, just like he did to numerous abandoned road projects which many rural communities are still suffering till date from the shoddy job done to woo voters.

Indeed, the light up Anambra scheme was supposedly a great transformation in the state and other emerging hubs of economic activities which should include the rural areas where most agricultural produce comes from to the cities.

Anambra is indeed the light of the nation. The development paradigm in the state is to transform Anambra into a mega city.

It is interesting to note that Obiano’s initiative is aimed at enhancing activities in the economic and commercial axis and helps to discourage petty crimes that usually fester under the cover of darkness. The construction of street lights are major tenets of development, as it has encouraged night trading and other commercial activities.

Undoubtedly, the light up Anambra project is a major component of Obiano’s promise to Ndi Anambra.

The campaign structured in such a way that all roads in Anambra are meant to be covered, but it is still a mirage, even as the governor had on October 14 2021 in the 2022 appropriation bill presented to the state assembly under water resources and public utilities earmarked an additional budget of N2.01 billion to sustain the programme and others across the state.

So far, over two thousand Kilometres of roads have been covered across all the three senatorial zones in the state. It covers selected streets and major ways in Awka, Onitsha and Nnewi metropolis.

Nnewi in Anambra south was among the first to benefit from the project with the famous Orizu road going live before others. Severally, other rural roads are yet to be fitted with streetlights in Anambra South at the moment.

Also, in Anambra central, the entire stretch of the old Enugu road from Boromeo roundabout to Amansea at the border between Anambra and Enugu has been covered with streetlights.

Not all rural roads in the seven local governments in the area are illuminating at night with street lights.

In urban areas such as Upper Iweka to Bridge Head are installed 200 watts bulbs also, most inner city roads in Awka have been covered. Stretching from Okpuno Road up to Amanuke Bridge, and the famous Abakiliki and Club streets have all been covered.

In fact, not all the roads in the 21 local government areas of the state are illuminating with street lights.

Other places in Anambra North axis, that stretched from Oye Agu Abagana to Akwuzu Express and from Akwuzu-Nteje-Umueri-Aguleri-Umuoba Anam road has been covered as well as Otuocha-Aguleri road, Umuoba Anam-Aguleri and most roads at Onitsha, Ogbaru, Anambra East, Oyi among others.

The Nkpor roundabout to Obosi, Awada, Umuoji, and from Nnobi junction to Nnewi, as well from Nnobi to Agulu are all lighted up.

According to the Honourable Commissioner for Water Resources and Public Utilities, Engineer Emeka Ezenwanne, though the project is very expensive, the essence is to add more value to people’s life and enthrone 24 hours business activities to the state, known as the commercial nerve centre of Ndigbo, nay Nigeria.

Engineer Ezinwanne added that the project is ongoing, stressing that the Obiano administration wants to spread street lights to every nook and cranny in the state.

It is worthy project that winners of Nov. 6 Anambra guber poll should sustain, knowing that the legacy will lift up himself, his party and voters alike because to whom much is given, much is expected.

God bless Anambra, the light of the Nation.