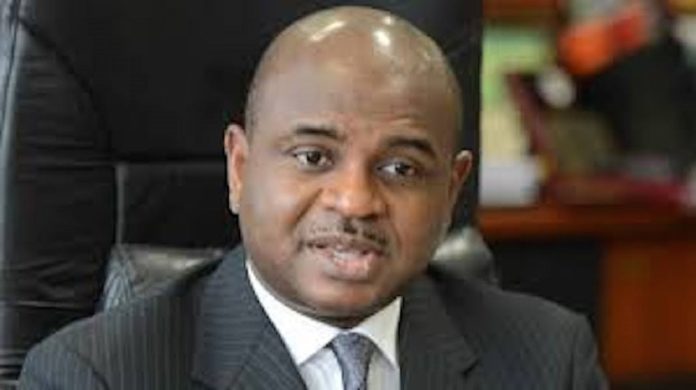 Former Deputy Governor of the Central Bank of Nigeria (CBN) and a former presidential candidate in the 2019 general elections, Prof. Kingsley Chinedu Moghalu, has disclosed that seven political parties are planning to form a mega party ahead of the 2023 general elections.

Moghalu made the disclosure while speaking to newsmen on Wednesday when he hosted the candidate of African Democratic Party (ADC) in the Anambra state governorship election, Nzeh Akachukwu, in Abuja.

He said the mega party will serve as an alternative for Nigeria youths to make informed choice away from only the All Progressives Congress (APC) and the Peoples Democratic Party (PDP) which he described as the “same side of a coin.”

Speaking glowingly about his new party, Moghalu, who recently defected to ADC, said:

“As concerns the National level, the ADC is a very strong party that is growing stronger. It was founded in 2005 and it has been a consistent party.

“All their presidential candidates from Pat Utomi in 2007 to Dr. Obadiah Mailafiah in 2019 have been intellectuals. But the party is also very grassroots oriented.

“So the combination of ideas, intellect and a grassroots approach to politics, that combinations I think is what marks out the ADC and we hope to be a key part of a much larger third force that is building up for the presidential elections which will include a merger of about six or seven or more parties.

“So, I believe that the 2023 elections, the citizens of Nigeria should not allow it to be a contest between two sides of the same coin because there is no difference.

“I am calling on the young people of this country, the youths, to register, vote and colonise the future that rightfully belongs to them.

“Speaking about 2023, I am very pleased with the news coming out of the National Assembly that the Senate has caved in to the pressure of Nigerian people and has decided to allow INEC to conduct elections as it sees fit, which means the inclusion of electronic transmission of results.

“This is a massive victory for democracy and I believe that it shows what I have been saying that we cannot all go and sit down and become part of a surrendered brigade.

“As a member of the ADC, I support him I am very proud of Nze Akachukwu. I endorse his candidacy and I wish him the very best of success in the gubernatorial election.”