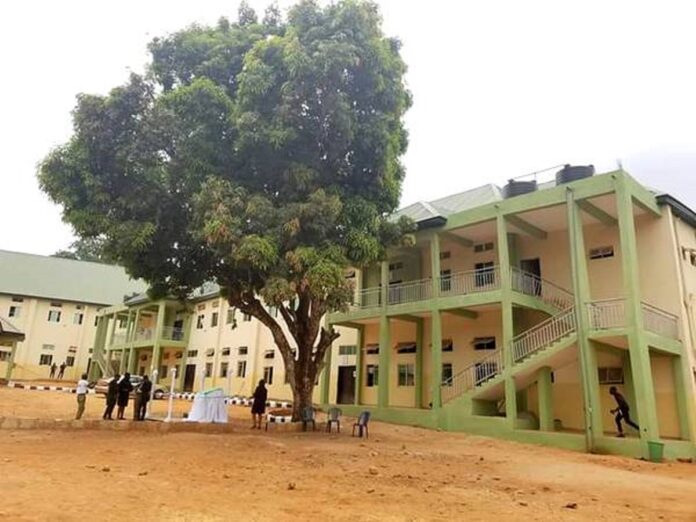 The state Coordinator, Mrs. Yetunde Baderinwa who stated this during the swearing-in ceremony 2021 Batch B” (Stream 1), said the beauty of the camp would soon be lost if the erosion was not checked.

She solicited for government’s quick intervention in addressing the menace.

She said, “While we commend his Excellency for his continuous fatherly support to the scheme in the state, I which to remind him of the need to address the menace caused by erosion inside the orientation camp.

“A casual look around the camp reveals different portions already ravaged by the erosion and if left unchecked will destroy the beauty of this camp that has attracted the admiration of all.

“We therefore passionately appeal to his excellency to expedite action on the landscaping of the premises currently under serious threat of erosion.

“We are challenged by the overwhelming hospitality of the people and therefore pledge to partner more than ever in augmenting their manpower resources needed in both the education and health sectors.”

According to Baderinwa, a total of 2207 prospective corps members including 1046 males and 1161 female were registered in the state, adding that they were all tested and confirmed fit for the exercise.

“They have equally been kitted, accommodated in line with COVID-19 protocols and are adjusting fast to the camp life.

The State governor, Willie Obiano, in his address, assured corps members of his government continuous commitment to providing suitable atmosphere for them to maximize their potentials of self-actualization and self-employment.

He also assured them of adequate security during their one year service in the state, challenging them to distinguish themselves as future leaders.

A minute silence was observed at the event in honour of corps members who lost their lives on their way to Katsina camp.