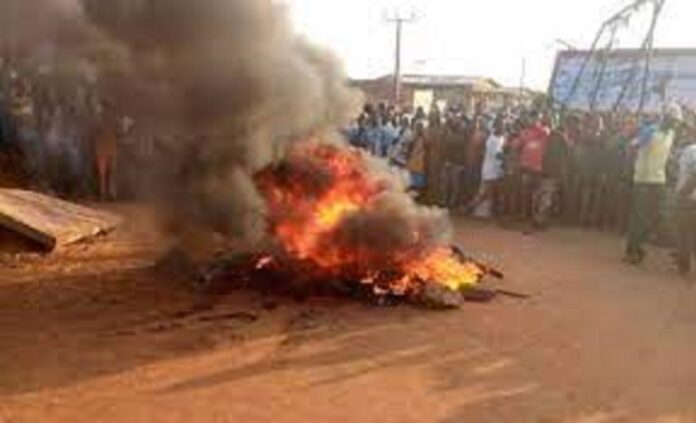 Two suspected carjackers were on Sunday set ablaze by a mob in Anambra state.

Eyewitnesses said the robbers had snatched a Toyota Camry car from the owner in the Mmili Ezi Igbo area of the community, which made the local vigilantes to go after them following a distress call.

A member of the vigilante group, who spoke on condition of anonymity, said, “My team engaged the suspects in a gun battle before they surrendered to our superior firepower.

“The suspects had been terrorising that area of the community for a long time before they met their end.

“We were getting ready to take the suspects to the police when some angry youths overwhelmed us and set them ablaze.”

“Normalcy has been restored in the area by the police. We have been able to calm the angry mob. Meanwhile, the police have started investigating the matter to know what actually transpired,” he said.