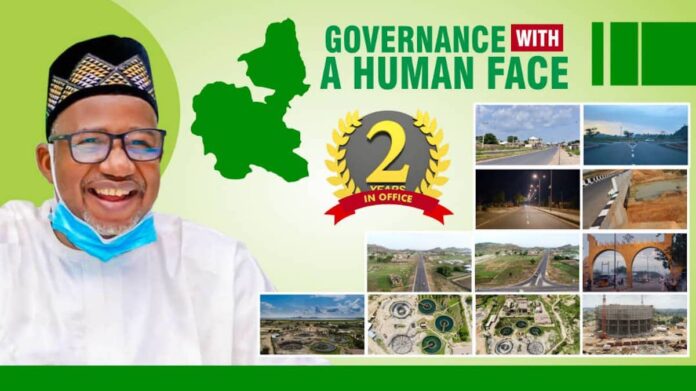 The arrival to the scene in Bauchi State as the Peoples Democratic Party [PDP] governor of Bauchi State after having served under a Goodluck Jonathan led administration as a 6 year minister for the Federal Capital Territory [FCT] spelt uncertainty and a concoction brewed for instant failure in a region believed to be an All Progressive Congress [APC] controlled Bauchi State.

The vultures were lurking.

It may have become history the climate under which the APC controlled federal government embraced the governorship of Senator Bala Mohammed. He was not welcomed with open arms.  The anti-graft agencies were set on his administration. Against odds, he scaled through without the associated bitterness.

Governance and the people of Bauchi State remained his primary concern. He was determined to make the required difference to the people and to the State. A daunting task owing to the mal administration of the prior government.

The Bala Mohammed administration was quick to grab the bull by the horns without allowing for the precious time to waste away. He delved into the nitty-gritty to set the committee task force for the recovery of lost and stolen government properties and monies. A committee populated by persons from across party lines. The committee task force was able discover and recover billions of naira to the state – monies that the Governor put to work immediately by reinvesting into the State by erecting last infrastructures such as roads [international standards], schools, water treatment plant, hospital upgrades and refurbishment, agriculture/farming, power and water supply to rural communities, and other critical sectors of the State.

Senator Bala Mohammed is “squeezing water out of stone, clean water” said one of the aides [Musa Azare] to the Governor as he described how the administration was managing to embark on major construction activities while the country in entirety is engulted in financial crisis that has heavily impacted the funds received by State Governments from the Federated Accounts. “How he manages to do it, baffles us” says the aide who explained that the number of schools that had been worked is a wonderment – over two classroom blocks were erected in every ward in Bauchi State. A number that runs into the high hundreds. “These classrooms were erected within months of his arrival”.

It is understood, the Governor values education, especially child education.

He views child education as a right owed by the government. For this reason, he made education one of his priority agenda. So far, his government has spent over N8billion on education, and has also approved payment of NABTEB exams fees for all the 1,751 SS3 students of Government Technical Colleges along with all the 499 students sitting for NBAIS exams for Government Arabic Colleges.

In terms of farming, the Bala Mohammed administration had also prioritized agriculture as one of its valued agenda. Within the last two years, it procured over 4,000 metric tons of fertilizer for Bauchi State farmers and has sponsored 1000 students for training on better farming mechanisms. Over 5000 farmers were recipients of the fertilizers.

In the same spirit of upgrading the lives of the people of Bauchi to acceptable levels of living, the Governor embarked on a 1,500 Housing Estate at Dungal. This is in addition to the ongoing construction of the Bauchi Hajj Camp. His administration has sunk 1046 solar powered and handpump boreholes across the State. The upgrade of the Gubi Dam Water Treatment Plant and the Water Reservoir, near Zaranda Hotel – are both projects that have neared completion which will add tremendously to the standard of life enjoyed by the people of Bauchi State.

Within the last two years, his administration also focused its attention on rehabilitation of the health facilities.

The Bala Mohammed administration renovated over 204 health centres including 192 primary health care centres and 12 general hospitals. To get a first-hand assessment of the status of health infrastructure, Governor embarked on a visit to all the 27 General hospitals in the state. During the visit, he distributed heavily sought after medical appliances to the hospitals.

Amidst the ever squeezing financial crunch of the last two years, the Bala Mohammed administration was able to embark on encompassing projects that adds to the integrity of the State. Such projects as remaking of Sir Abubakar Tafawa Balewa international airport, renovation and upgrading of Government House, and reconstruction of Bauchi Government Lodge and Guest House, Abuja.

In term of roads, the Bala Mohammed administration has constructed over 300kilometers of roads leading in and out of communities that had never had road networks. Many of the roads are roads to rural communities where farming is the major economic activity. The new roads enable farm produce to reach urban markets and other commercial centers for enhanced economic activity. About another 50 roads have been flagged out for construction.

Some of the roads completed and ongoing are itemized below:

The last two years under Bala Mohammed has become a fete to be celebrated and admired by sincere observers of good governance in Nigeria and West Africa. The administration has displayed the ability to achieve significant milestones with merger resources. A testament to good governance with a human face.