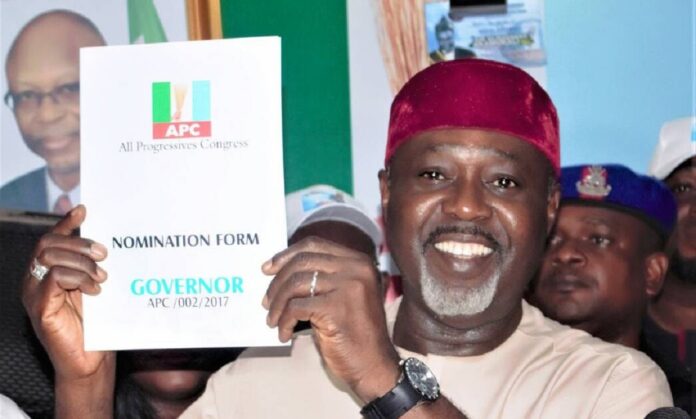 No fewer than three thousand (3,000)women of all ages, social and religious background yesterday stormed the Uruagu Nnewi countryhome of the Chief Executive of the National Inland Waterways Agency (NIWA), Chief George Nnadubem Moghalu to appeal to him to come out and run for the office of Governor of Anambra state.

Eye witness disclosed that when the women learnt that Chief Moghalu was out of the country on official engagement, quickly relocated to his campaign office at Udoka Housing Estate in Awka, the Anambra state capital where they were promptly and warmly received by the Director General, Chief Okey Chukwuogo.

The women led by Madam Nneka ‘Ijele Nwayi’ Ugwunze were drawn from the 21 Councils of the state and from across party lines.

Madam Chioma Onwuasor who spoke to journalists on the visit said they had painstakingly considered the political, administrative and ideological antecedent of all the more than thirty (30) aspirants currently jostling to replace the outgoing All Progressives Grand Alliance’s (APGA) Willie Obiano and found Moghalu most qualified and suitable.

She said it’s only Moghalu that has the drive, persuasive record and sagacity to return Anambra to its development strides once again. She admitted that other aspirants were equally qualified but that Moghalu stands tall above all of them.

Chukwuogo commended them especially for their kind testimonial about Moghalu. He admitted that with their full support and backing the road to Awka Government House was already in the bag.

He told Madam Ugwunze to ensure that all the women, their families, children of voting age and husbands join forces with them to see Moghalu sail smoothly through the coming All Progressives Congress (APC) party primary election in June, and to also give him a block vote at the Nov 6,2021 election.

The director General disclosed that the visit was now a regular event at the Dr George Moghalu campaign headquarters as group after group have been trooping in to lend their weight and support to the aspiration.