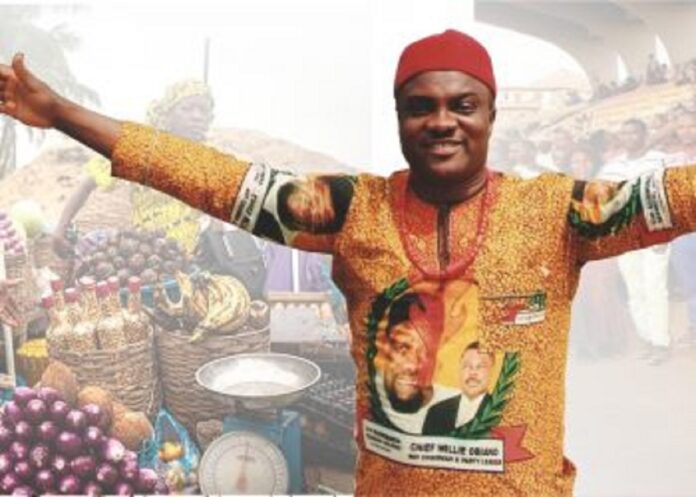 The newly appointed caretaker of Ogbaru Relief Market, Chief Ndubuisi Ochiogu has ordered immediate stoppage of construction of new shops in some parts of the market.

Ochiogu who gave the order shortly on assumption of office, lamented that most of the shops were being erected on top of drainages, thereby creating a serious environmental problem in the market.

He xepressed concern that his successor allowed the shops to be constructed without the approval of the State Commissioner for Commerce, Markets and Wealth Creation, Chief Uchenna Okafor (Wiper).

He also decried the volume of garbages produced on daily basis by some market women selling vegetables at the nearby shoe market which they thereafter emptied into the drainages surrounding the market premises and warned the vegetable sellers to stop dumping the garbages into the drainages.

He constituted a sanitation committee for the market and charged them to move into action with immediate effect to ensure that all the drainages surrounding the market are cleaned to allow free flow of water and at the same time keep the market tidy.