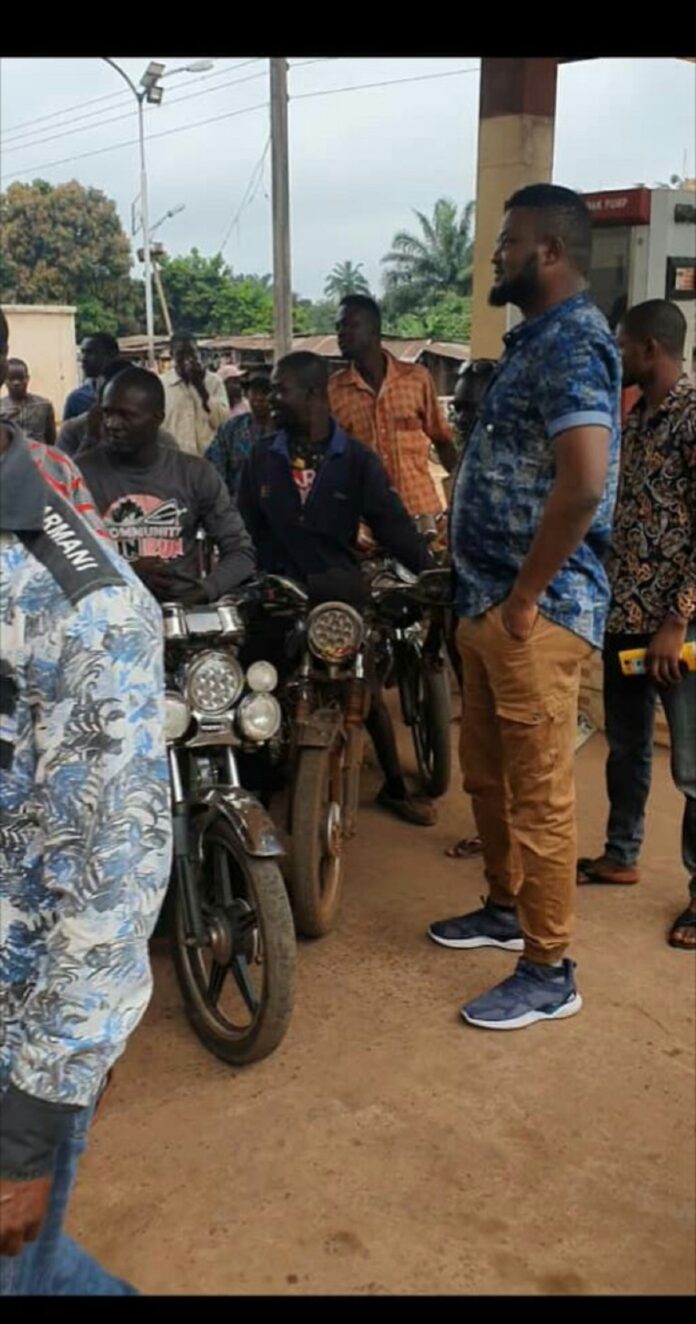 There is no gainsaying that times are hard and the economy is biting on numerous Nigerians. With the recent increase in commodities- food, clothes and even shelter, the economy is taking its toll on common Nigerians. Tariffs ( electricity and other bills) as well as school fees are increasing and surging by the day. This leads to the bitter truth that the cost of living in Nigeria is increasing each passing day and the income is either stagnant, decreasing or no income at all. It’s now clearly a theme of ‘the survival of the fittest’.

Between 2016 till date, in the midst of the biting economy hardship further worsened by the advent of COVID-19 Pandemic in this year 2020, this country has experienced several increment in the Pump Price of Fuel. In May 2016, price of petrol was increased from N87 to N145 per litre as the then Minister of state for Petroleum, Mr. Kachikwu said that it is to take away the subsidy which has been bedeviling this Nation as well as balance the price to curb scarcity. But funny enough, we still hear the issue of the Government paying subsidy till date. In March 2020, because of the crash in crude oil price in the international market, pump price of Premium Motor Spirit(PMS) moved from N145 to N125 per litre. The new price of N125 was still being celebrated, when in May 2020, the Petroleum Products Pricing Regulatory Agency (PPPRA) announced that pump price would be between N121.50 to N123.50. This did not last long as Pump Price moved back to  N140.80 to N143.80 in July and N148 to N150 in August.

Following the deregulation of petrol prices in September, marketers across the country adjusted their pump prices to between N158 and N162 per litre to reflect the increase in global oil prices.

However, again on Friday 13th November, 2020 , the pump price of petrol was hiked to between N168 to N170. All these put together, made the young, vibrant, dynamic, smart, intelligent and charismatic Lawmaker representing Ezeagu Constituency at the Enugu State House of Assembly, Hon. Chima Obieze who has the people at heart and service to God and Humanity as his driving force, moved to ameliorate the plight of his people by filling the tanks of the “Okada Riders” in his Constituency.

During the episode, the Lawmaker who addressed a large turnout of people said he expected the Federal Government to be more responsive and proactive to the plight and welfare of the masses with the poor and downtrodden taking a front sit. In his words, he said “pump price affects everything in our Nation as it trickles down to increase in transportation and production, thereby increasing cost of goods, food and other commodities”. Breaking it down in pidgin palabras, the Lawmaker said “if u go market now, dem don put money for evrytin. If u wan shout, dem go ask u say- u no know say fuel put money? u know how much I take transport dis market (product) wey I dey sell?. He stressed that the instability and constant increment in pump price is causing unimaginable inflation and untold hardship on the people as he called on the Federal Government to roll out plans and strategies that would mitigate the impact and effect on the masses. He further advised the people to remain calm and go about their daily activities peacefully, orderly and shun any means of violence. He gave the assurance that the appropriate bodies would engage the Federal Government in negotiation as regards the new pump price. The Lawmaker’s address came amidst the people singing his praises as he tries to calm them down saying “this is not about me but about all of us coming together to help lift each other and work together for a better Nation”.

He continued, “I am only following the footsteps of Our Governor, the great Leader of Enugu State. I am here clearly emulating his leadership gesture as he is sending buses across the Nation to bring back Ndi Enugu back home for this Christmas Holidays. We all know that due to this recent hike in fuel, transportation back home would be burdensome, that’s why he has sent buses across the Nation, so that our people won’t be frustrated. Please join me and appreciate our Excellent Governor” he concluded and the Okada Riders and other witnesses responded with loud ovation in appreciation of His Excellency, Rt. Hon Ifeanyi Ugwuanyi-  the Excellent Executive Governor of Enugu State.

Highlights of “Operation fill the tanks of Okada Riders” are the testimonies and outburst of Joy expressed by the “Okada Riders”. One Mr. Chukwudi expressed his gratitude thanking the Lawmaker for coming to their rescue at this difficult times. One Mr. Nnamdi Nwankwo- said “with this fuel wey Honourable buy for us, when I work finish, I go get extra money give my wife for food. u know say tins dey cost now”. Another Okada Rider who describes himself as ‘Opueke 1’ said ” everybody should learn a lesson from Chima Obieze and emulate him. He further said “Chima na very good person wey care about him people well well.” Chijioke Mbonu, an Okada Rider who is a graduate but riding Okada to fend for himself, said “I have been calculating how to buy fuel at this new pump price until Rt. Hon. Chima Obieze came to do this for us. I am very grateful to God and to him(Chima Obieze) because this full tank is like a start up Capital for me”. The pump attendants were not left out of the joy as they all testified in unison that it’s only Rt. Hon. Chima Obieze that is use to carrying out such gestures around this Constituency. The Okada Riders all went back to work joyfully as light refreshments was distributed.

To this end, profering Solutions and way forward, the Refineries, needs to be fixed as you can’t be exporting crude oil to process and then import it back into the country to sell. This is the time for not just Political statements or Political body language but total political will and commitment with a workable plan that has strong timelines and deliverables to get the Refineries up and running again.

In addition, there should be “real” deregulation and total liberalization of the sector so that market forces can determine the price as witnessed in the Telecommunication sector that could make the poor afford phones and network lines as against the monopoly of NITEL.

These are trying times and we are hopeful we are going to pull through!