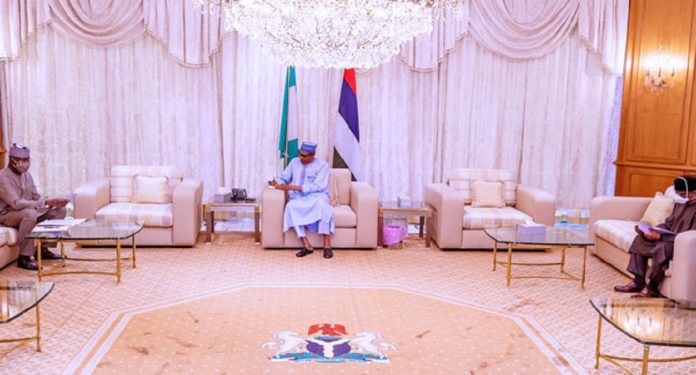 The Enugu Chamber of Commerce, Industry, Mines and Agriculture (ECCIMA), has decried lack of interest by the federal government in completing the development of the Enugu International Trade Fair Complex since 30 years ago.

The Chairman Board of Trustees of ECCIMA, Sir Rob Anwatu, stated this during stakeholders meeting with a delegation from the Federal Ministry of Trade, Industry and Investment who were on a fact-finding tour of manufacturing industries in Enugu State on Monday night.

Anwatu lamented that for the past 30 years the Chamber has been begging the federal government to extend infrastructural development to Enugu International Trade Fair like its counterpart in Lagos, Kaduna and Kano.

He stated, “We wish to place on record, our deep appreciation for this visit and also to reiterate the request we have consistently made for the past 30 years that Enugu Int’l Trade Fair Complex should receive the same treatment in terms of development of infrastructures as its counterpart in Lagos, Kaduna and lately, Kano.

“We are convinced that this is only fair and proper as the Enugu International Trade Fair represents the entirety of the South-East and South-South. We have modestly as conveyed to you in earlier interactions asked that in 2021 budget, Enugu Int’l Trade Fair site as an ongoing concern should have a 1000 sq. Meters Pavilion, 1000sq. Meters Administrative Building and 1500sq. Meters Indoor exhibition hall.

“With these on ground, any discussion with regard to the use of Public Private Partnership (PPP) will be more vibrate and acceptable to Investors.

“We also decry the fact that most project of the Federal Government in terms of Investment and Trade Policies are hardly felt in the South-East & South-South. This we blame on the fact that proper awareness is not created and we look forward to a more robust communication between your ministry and the Organised Private Sector (OPS) in this part of the country to properly harness its potentials.”

Responding, the Permanent Secretary Federal Ministry of Trade, Industry and Investment Dr. Nasiru Sani Gwarzo, who led the delegation promised that the ministry will include the trade fair complex in the 2021 budget proposal of the ministry.

Gwarzo who was represented by a Director in the Ministry, Dauda Haruna Mohammed, said that it is not going to be business as usual, adding that the ministry was doing something tangible to ensure full development of infrastructures in the trade fair complex.

“All the things that was said is in the heart of the ministry. The three items listed, the ministry and department have been doing quite a lot. It is not going to business as usual.