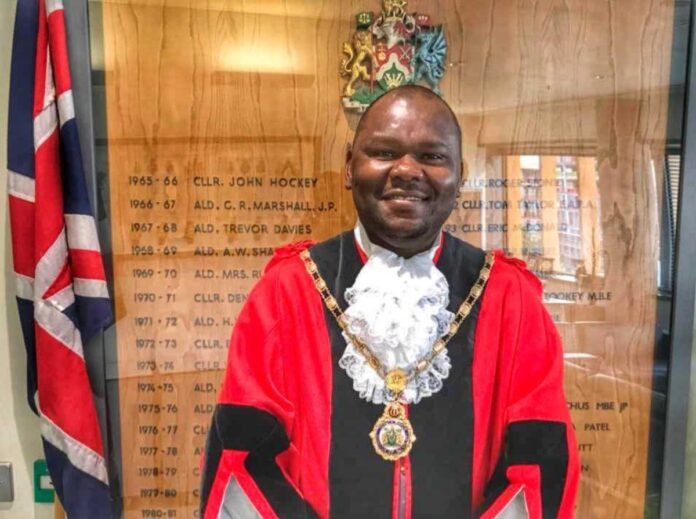 The government of Anambra State has heartily congratulated Councillor Ernest Ezeajughi, the trailblazing scientist who was recently re-elected to serve a second four-year term as the Mayor of Brent.

Ernest Nnaama Ezeajughi first made worldwide headlines in 2019 when he was first elected the Mayor of the London Borough of Brent in England with a population, with a populatiin of 331,000.

According to a statement in Awka today by the Anbambra State Commissioner for Information, C. Don Adinuba, both Governor Willie Obiano and his wife, Mrs Ebele Obiano, have spoken to Mayor Ezeajughi, who was also the All Progressives Grand Alliance (APGA) leader in the United Kingdom, on his victory.

Ezeajughi’s re-election is indeed a testament to his impressive achievements in his inaugural tenure of service to the Brent people.

In a world where many Nigerians are generally stigmatized, Ezeajughi is a shining light that deserves consummate emulation and commendation.

It is striking that Ezeajughi won re-election following the first ever virtual Annual General Meeting (AGM) of the council.

Not even the Coronavirus pandemic across the globe could dim his good works.

The Anambra State government is thrilled that Councillor Ezeajughi will during his mayoral tenure continue to promote Brent and participate in activities that will help the economic, social, cultural and environmental well-being of Brent and its residents.

Also, Ezeajughi will continue to support his chosen charities.

Ezeajughi is in league with so many other Anambra achievers all over the world.

Patrick Okigbo from Ojoto in Idemili South Local Government Area, is one of the 12 Senior Fellows named this year at Kennedy School of Government at Harvard while Chinedu Obi from Ifite Dunu in Dunukofia LGA was in July the best student in the oldest and most prestigeous medical school in Russia, the first time an African gas been so honoured.

Another Anambra State world-beater, Chinelo Anohu-Amazu, was also recently appointed as head and senior director of the Africa Investment Forum by the President of African Development Bank Group (AFDB), Dr Akinwumi Adesina. A highly accomplished international corporate lawyer, Anohu-Amazu was before the appointment a member of the London Stock Exchange Africa Advisory Board.

Ezeajughi, alongside the other achievers, has amply shown the world that Anambra State is the esteemed “Lght of the Nation”.