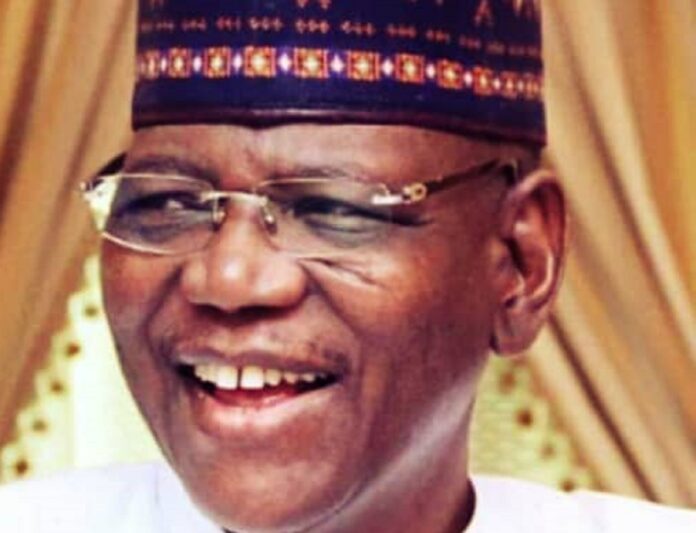 One cannot celebrate Sule Lamido without celebrating democracy- Lamido has spent the greater part of his life depending and working for free society.

Congratulations Sule Lamido, as you clock 72 years. We thank God Almighty for making you a true democrat; reliable politician and one with wisdom and sparing your life to witness your 72nd birthday in good health and sound mind despite all odds.

One thing remains obvious about this genuine politician and a great leader till today and that is the character, competence and quality of being brave, courageous and wise in determining the better future, peoples well-being, selfless service to humanity and making world of difference to hundreds of thousands if not millions.

Lamido’s  noble, fruitful and wise idea of struggle and actualization of true democracy especially in the 4th republic, SDP era when he was the national Secretary of the party that gave birth to the success of late Chief Abiola to be Nigerian elected democratic President and precisely in the 5th republic 1999 in which he was among the nine (9) founding members and he was the last man standing (In the corridor of politics and still in PDP) among the nine of them. Six are late, Chief Bola Ige, Alh Abubakar Rimi, Chief Solomon Lar, Malam Adamu Chiroma, Chief Alex Ekweme and Francis Ellah. Prof Jerry Gana and Iyochia Ayu are still alive but not visible in PDP and the 9th of them – Sule Lamido is alive, vibrant, visible and very active in politics and PDP despite all odds.

Sule Lamido has been in the corridor of  Nigerian politics for over four decades. He was never been accused of bigotry, nepotism, tribal/religious/regional or sectional sentiment.

Lamido has witnessed political witch hunt, intimidation, victimization, humiliation, deprivation and oppression in the process of bringing back democracy and its values. Lamido was jailed several times especially during the military junta because of his struggles for politics and true democratic.

Lamido will always be remembered for the struggles he undergoes, the hardship he encounters, the contributions he offers, the sacrifices he made, the institutions he built and the achievements he made as a human being and as a politician who believes in representatives democracy . Sule Lamido is true Nigerian democrat, a  reliable Nigerian politician and father of present Nigerian politics

As my birthday facilitation to my Boss and leader, Dr. Sule Lamido  (CON) I want to highlight some of his achievements and some legacies he left behind in Jigawa state. There was total educational reforms, excellent medical care delivery, employment/empowerment opportunities

Agricultural productions was in place. Lamido facilitated the sitting of  the Federal University Dutse, he also established the state varsity, which was named after him, Sule Lamido University Kafin Hausa

Lamido built a world class International Airport in Dutse the state capital, built an event centre in the state capital, Dutse, Malam Aminu Kano Triangle which just looks like ‘Eagle Square in Abuja. He facilitated and actualized an affiliated Degree awarding certificate from Bayero University Kano in the state collage of education, Gumel.

The School for Gifted And Talented Bamaina in Bamaina was established by Lamido which students (Boys and girls) from across Nigeria seek admission into the school just like Barewa Collage Zaria in those days in order to give an opportunity to Jigawa indigenes to interact from people across the globe. New State Secretariat was built which is the best of its kind Nationwide.

Rasheed Shakoni Specialist Hospital was renovated and equipped. Best NYSC orientation camp and sport complex  In Dutse the state was built during Sule Lamido administration which is none to be compared to it all over Nigeria

There was free education for the female indigenes from primary to tertiary institutions. The school of Nursing and Midwifery was situated at Birnin-Kudu town

Lamido built a new brand broadcasting house which include both the Television and the Radio station (JTV) . There was a Manpower Development centre. In all the 27 local government there is an official residence built for each of the chairman and all the Councillors

The is an edifice of  Deputy Governor’s House and that of the  Speaker was built during Sule Lamido administration.

The 30 House Of Assembly members have official residence built by Lamido in the state capital. Beautiful roundabout and Ring roads In the state capital were as well constructed by Lamido. Beggars were off the street all over the State

Official residence was built in the state capital for the five emirs. A high court was built. The state Library was in place and equipped with books and other materials. New INEC office was built by Lamido

The 27 Local government chairmen have official residence built by Lamido administration in the state capital, Dutse also thousands houses were built to ease the accommodation challenges in the state.

Lamido provided good and lasting solution that stopped Farmers/Herdsmen’s clashes (conflicts) in the state. There was award of prompt and regular payment of scholarship to all indigenes up to any level. Haifuwa lafiya (Safe delivery scheme) was implemented and yielded positive result

Good Hajj services was the best of its kind nationwide. Non indigenes were given liberty, benefits and opportunity like indigenes of the state and many among others but the most above all is, Sule Lamido dedicated a telephone line to everyone to text him on any matter that affects him or her or on government policies, programmes and agenda etc either to suggest, object, criticize, complaint, advise, and even some insult and what have you without intimidation, humiliation, victimization or deprivation to that regard that is why people regard Lamido as people’s governor/leader and Talaka (downtrodden) liberator.

Sule Lamido is an unmatched Nigerian politician at the moment he has many associate around the globe. Your political and national services in myriad for over four decades stands you taller that most. You are truly an inspiration, a hope for the hopeless, a help for the helpless and you have been a strong voice for the voiceless.

Sir, you have casted a niche for yourself in various aspects of life, in the political world you are a renowned brand and an icon. Your philanthropist gesture are also enormous. I am indeed proud of your giant and excellent accomplishments and contributions to politics and nation building

As a party leader, you have been a political tutor, a teacher of political values and integrity, etiquette, party supremacy and discipline.

Your perseverance, endurance, loyalty, patriotism, commitment, dedication, selflessness, general life style and disdain for materialism also underscore you selfless leadership, passion and role model in the course of illustrious career as a politician, a true democrat and a selfless leader.

Your Excellency, once again happy birthday. May your life continue to count for what counts.  May Allah and your people always rejoice you. May your days ahead be greater than your past. May your testimonies and victories remain uncommon this new year of your life and for always.

HAPPY BIRTHDAY leader of the masses, a freedom fighter and defender of democracy