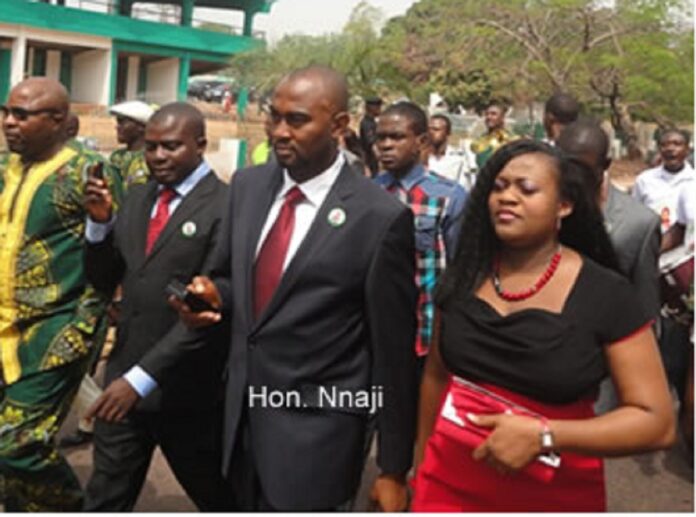 A federal lawmaker, Prince Cornelius Nnaji, has condemned the recent demolition of the perimeter fence of the Akanu Ibiam International Airport in Enugu.

Nnaji, who represents Enugu East and Isi-Uzo Federal Constituency at the National Assembly, also condemned the demolition of buildings belonging to his constituents close to the airport.

The lawmaker spoke with newsmen on Sunday in Enugu after inspecting the extent of damage at the airport fence and other private residence at the Airport Extension Layout.

The News Agency of Nigeria (NAN) recalled that a long stretch of the airport fence and some private residence buildings, within the lawmaker’s constituency, were demolished on Aug 11.

Nnaji said that the act, was tantamount to national sabotage, barbaric and anti-development.

“Nobody from my community is happy with what happened.

“Everybody here condemned the act,’’ he said, alleging that one architect (name withheld), as the person behind the demolition.

He said the architect, didn’t not only destroy Federal Government property, but also damaged individuals’ structures too.

Nnaji, who is a former Chairman of Enugu East Council Area, said that the affected area “we are talking is airport road extension which I know the government duly took over for extension of Akanu Ibiam International Airport.

“By virtue of land act, government owns every land’’.

He noted that land in question doesn’t belong to an individual that can warrant such a person going there to destroy government properties.

On the airport rehabilitation and extension project, the lawmaker lauded the federal government for the fast pace of work.

He added that he was satisfied with what I saw during the inspection.

“The rehabilitation of the runway is almost completed.

“The minister has reassured that the airport will be reopened by Aug. 30,’’ he said.