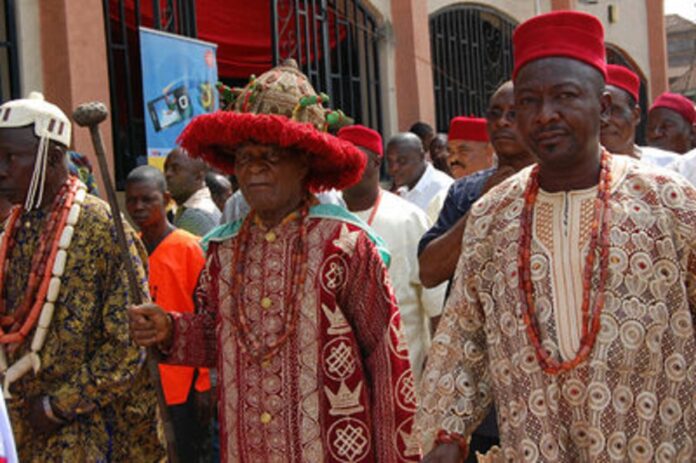 The Nnewi community has honoured law enforcement officer in Anambra state for their outstanding performance and dedication to duty.

The occasion which took place at the palace of Nnewi monarch, HRM Igwe Kenneth Orizu 111 was described as part of the community’s efforts to show appreciation and boost the morale of the law enforcement officials in the State.

The event was sponsored by one of her illustrious sons, Chief Innocent Chukwuma, the Chief Executive of the Innoson Group.

The unique occasion recognized officers across the various security agencies in the State including the Police,the Department of State Services (DSS), the Civil Defence, the Federal Road Safety Corp(FRSC) and the state Vigilante Group.

Others included Divisional crime officers Nnewi and Otolo Divisions as well as  Unit Commanders SARS and Special Anti-cult among others.

Responding on behalf of the officers, CP Abang thanked the traditional ruler and organisers for recognizing their efforts towards promoting safety and security in the State.

He promised to work for greater peace and security in Anambra State and beyond.

Others include the Obi of Uruagu,Obi Afam Obi; the Obi of Umudim, Obi Beneth Okafor; and the Obi of Nnewichi, Obi George Onyekaba among others.