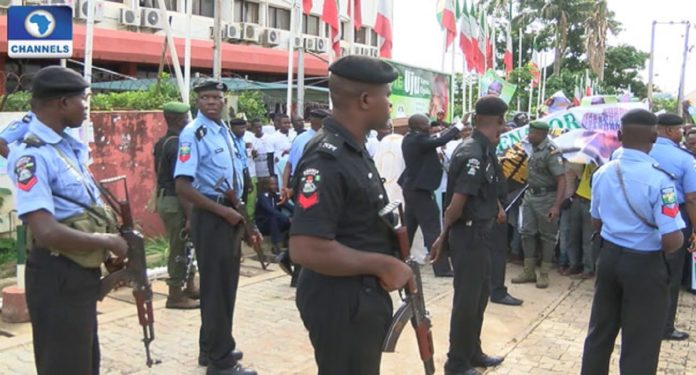 The attention of Enugu Youth Coalition has been drawn to the fake news report making round on the social media claiming that a police check point in Owelle-Court area of Awgu Local Government Area of Enugu State was attacked by unknown hoodlums on Monday, August 24, 2020, leading to the infliction of injuries and carting away of two AK-47 riffles from the officers.

Reacting to the report, the national coordinator of the coalition, Dr. Edwin Obune said, the report is untrue, noting that it was fabricated to cause unnecessary tension as well as disaffection between the leadership of the Nigerian Police Force and the good people of Enugu State.

The group further added that it was part of the script drafted by some desperate politicians to make the state ungovernornable through disruption of the prevailing peace, security, cohesion and good governance in the state.

Besides, Enugu State Police Command is a well eshablished security organisation with notable spokesman which does not require junk journalists and obscure news channels to announce attack on any of it’s formations in the state.

Apart from being fake, the report also lack verifiable source, evidence and graphical pictures to justify the lies sponsored in the media.

We therefore urge the reading public, especially members of the various security organisations to ignore the report as such is the handiwork of mischief makers who desperately want the state to boil in order to advance their unpopular political interests.